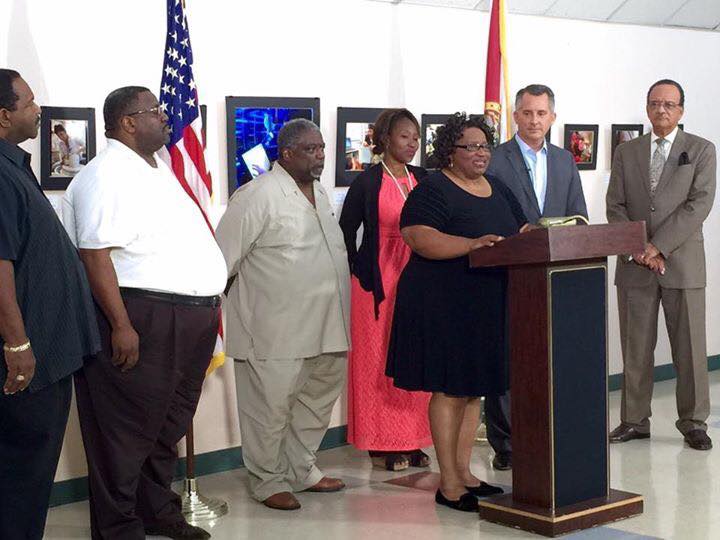 With a week to go before Election Day, a shocking development has taken place in the race for Florida’s 13th Congressional District.

According to several sources, there are black people in the district! Not only that, they may not all vote as a monolithic block.

And, believe it or not, the Republican incumbent, David Jolly, is actually campaigning for the votes of black residents.

“It’s stunning,” said one St. Petersburg-based political consultant who asked to remain anonymous because it’s easier to say what you think when you don’t have to go on the record, even though it looks better for the writer if there are quotation marks in the top third of a story. “All along, the local GOP had just assumed that there was no way to convince a black person to vote for both Democrat Hillary Clinton and a Republican for Congress.”

“Mind blown,” said another Republican activist in between sending Snaps to his friends.

Separating black voters who support Clinton from Democrat Charlie Crist appears to be the key to Jolly’s re-election strategy. And there’s some math to back up Jolly’s logic.

In the only survey conducted by St. Pete Polls that had Jolly up on Crist, it was because the former governor’s partisan support was soft. In that poll — which showed Jolly with a three-point lead — Crist held only 67 percent of the Democratic base, with Jolly earning 20 percent.

In subsequent polls, all of which show Crist leading, the Democrat has been able to capture about three-fourths of his base.

Since that poll, which coincided with the first debate between Crist and Jolly, the Republican has aggressively targeted CD 13’s black voters.

It’s almost as if Jolly woke up Sept. 20 and discovered south St. Petersburg.

What a candidate posts to his Facebook page is, by no means, a scientific indicator of how they are spending the resources of money and time, but in the time since that poll showed Jolly with a pathway to victory that wound through Midtown St. Petersburg, he has posted disproportionately more about campaigning with black voters.

In the period between when Jolly announced he would drop out of the U.S. Senate race to the first debate (June 17 to Sept. 19), Jolly’s campaign posted approximately 61 photos to Facebook. Of those photos, 40 feature people who where white, 21 of people who were black.

Since the debate, Jolly’s campaign has featured 16 photos with faces of color, while only four are of white people.

Mind you, this is all back-of-the-envelope math, so scroll through Jolly’s Facebook page yourself. Do so and you will see that the battle for CD 13 is not being fought in the tony neighborhoods of Old Northeast and Snell Isle or the beach communities.

No, the winner of Congressional District 13 may very well be decided by the black folk of south St. Petersburg.

nextSteve Schale: Notes on the weekend of early voting in Florida