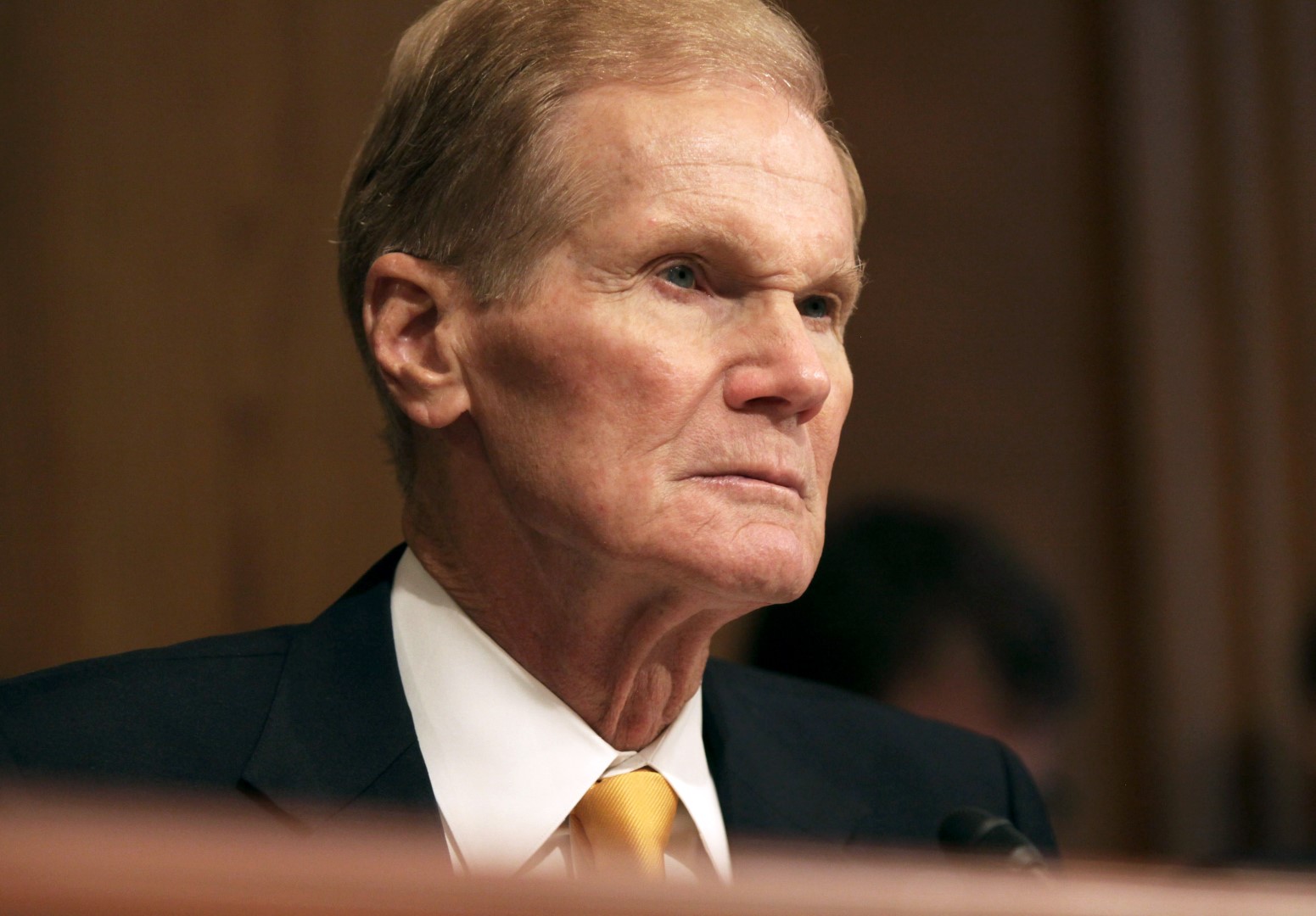 If Bill Nelson is concerned about the fact that his party appears to be in tatters following last week’s election, he wasn’t letting on while addressing reporters in Tampa on Friday afternoon. Nelson will be one of 25 Democratic Senators up for re-election in a map that already looked foreboding for the Democrats before Hillary Clinton lost in the electoral college to Donald Trump in the race for the White House next week.

“I only know one way to run, and that’s to run as hard as I can as if there’s no tomorrow,” he said, adding that whether it was Governor Rick Scott or another Republican challenging his bid for a fourth term in the Senate representing Florida, he’ll continue to run in that mode.

“I always say that I run scared, and that’s the way to win,” when asked about the fact that Scott spent more than $75 million to capture the governor’s mansion in 2010, and this time will have the power of the White House behind him in Trump.

Some Democrats have reacted with alarm to the naming of Sessions to be the next Attorney General, who in 1986 became only the second federal judicial nominee in 50 years to be rejected by the Senate Judiciary Committee for his comments in part regarding his remarks on civil rights.

Nelson said little about how he might vote on Sessions when he comes up for a confirmation vote next year. “I will certainly reserve judgment if he is the nominee until we go through the hearings and it comes to the full Senate for a vote,” he said at a news conference at his downtown Tampa district office. “I can tell you that Jeff Sessions and I have worked on a number of pieces of legislation together in a bipartisan way and I’ve always had a very good working relationship with him.”

Last year the two worked on a bill that would reduce the number of H-1B visas from 85,000 to 70,000 a year. The filing of that bill came following reports Disney and other companies are using the visas to cut costs at the expense of American workers.

Nelson said he was briefed a few years ago by Flynn regarding an issue in the Intelligence Committee, but said he didn’t know him personally, and because he wasn’t subject to confirmation in the Senate, he had nothing else to say about him.

Regarding concerns from Latinos and Muslims about a Trump presidency after his harsh rhetoric in the campaign about those groups, Nelson took a relatively laid-back approach, saying there was no reason why anyone needed to be fearful of a Trump presidency. “Look at the Constitution,” he said. “It’s always worked for almost two-and-a-half centuries now. So I want the American people to stop worrying.”

The Florida Senator was not so benign when discussing Steve Bannon, the former head of Breitbart News who was named last Sunday by Trump to serve as his chief strategist. Critics have said he holds racist and anti-Semitic views based on some of the provocative reporting that’s gone on the Breitbart News website led by Bannon.

“If all these things are true about him and if he holds those views that have been articulated, if not by him by the organization he heads, then I think that is quite problematic, but again, the Senate has no role in that because the President ought to be able to have who he wants surrounding him, and in that case it is not subject to Senate confirmation,” he said.

The Democratic Party as a whole appears to be just beginning a period of soul-searching after the election. That includes an upcoming election to choose a new leader of the Democratic National Committee, as well as a challenge now to House Minority Leader Nancy Pelosi’s reign.

Regarding the DNC, Nelson told this reporter that “we obviously need somebody really good, and I think that person should be a full-time DNC Chairman. Beyond that, I have not made any judgments. “

By saying that, however, he’s effectively icing out Keith Ellison, the Minnesota congressman and favorite of the progressive wing who of course, already has a full-time job serving in the House.

And of the challenge to Pelosi, the 76-year-old San Francisco Representative who’s led the House Democrats for 14 years now and seen dozens of seats go from blue to red in recent election cycles?

“That’s in the bosom in the House,” Nelson declared. “I wouldn’t dare to speak for the House.”

Nelson said if Trump is sincere about seriously investing in the country’s crumbling infrastructure, he’d have a willing partner in himself. “We’ll just have to take it issue by issue.”