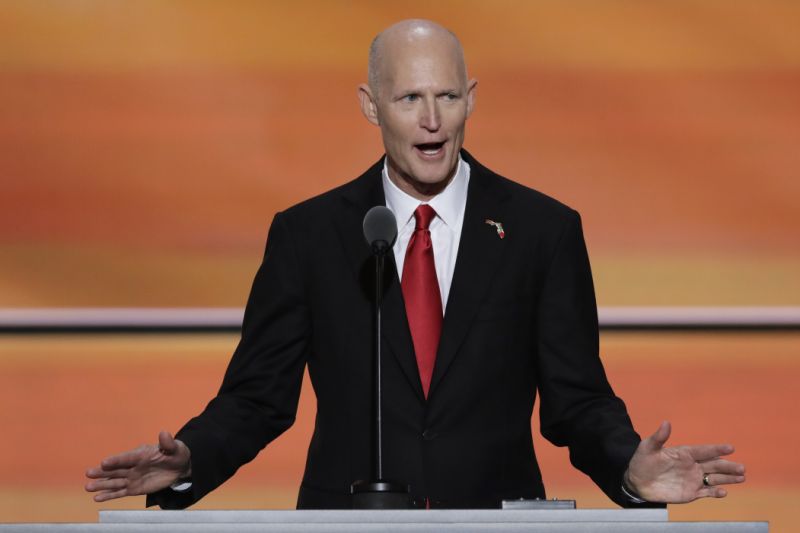 Rick Scott is declining to comment on a proposal filed for the 2017 Florida Legislative Session that would repeal a major immigration policy change that he signed into law two years ago.

Passage of that bill was uncertain until the end of that year’s Session, but was strongly supported by then-House Speaker Will Weatherford and Clearwater state Senator Jack Latvala.

“I haven’t seen it,” Scott told this reporter about the bill as he took questions after hosting a news conference at the Florida Highway Patrol offices in Tampa Monday.

“I think there are about 2,000 bills that are being proposed during the session, so as I go through the process if they get to my desk, I’ll review,” he added. “I need to look at the bill.”

The legislation is a political power keg, as are most items concerning immigration. Scott campaigned as tough on immigration in 2010 when first running for governor, getting behind what was then known as an “Arizona-style” immigration proposal that asked suspects stopped by the authorities for proof of their citizenship, similar in nature to the conversion SB 1070 immigration law passed earlier that year in Arizona.

“We need to come up with an immigration policy that works for the country,’’ Scott said in late 2010. “If you’re stopped in our state — no different than if you’re asked for your ID — you should be able to be asked if you’re legal or not,” he told the Miami Herald.

But the Legislature failed to pass that proposal, along with other major immigration bills in the spring of 2011, including a much-discussed E-Verify bill killed by Lake Wales Republican J.D. Alexander.

In addition to giving the undocumented a break on their college tuition payments, the Legislature in 2014 also passed a bill that would allow some undocumented immigrants to obtain law licenses from the Florida Bar.

There has been no companion bill filed in the House, but there is plenty of time for that to happen, with the 2017 Legislative session not commencing until next March. House District 60 Republican Jackie Toledo campaigned during her primary race on a platform to repeal both measures but has not publicly commented on Steube’s bill.

nextOne reason for women to #LoveMyStudentNewspaper