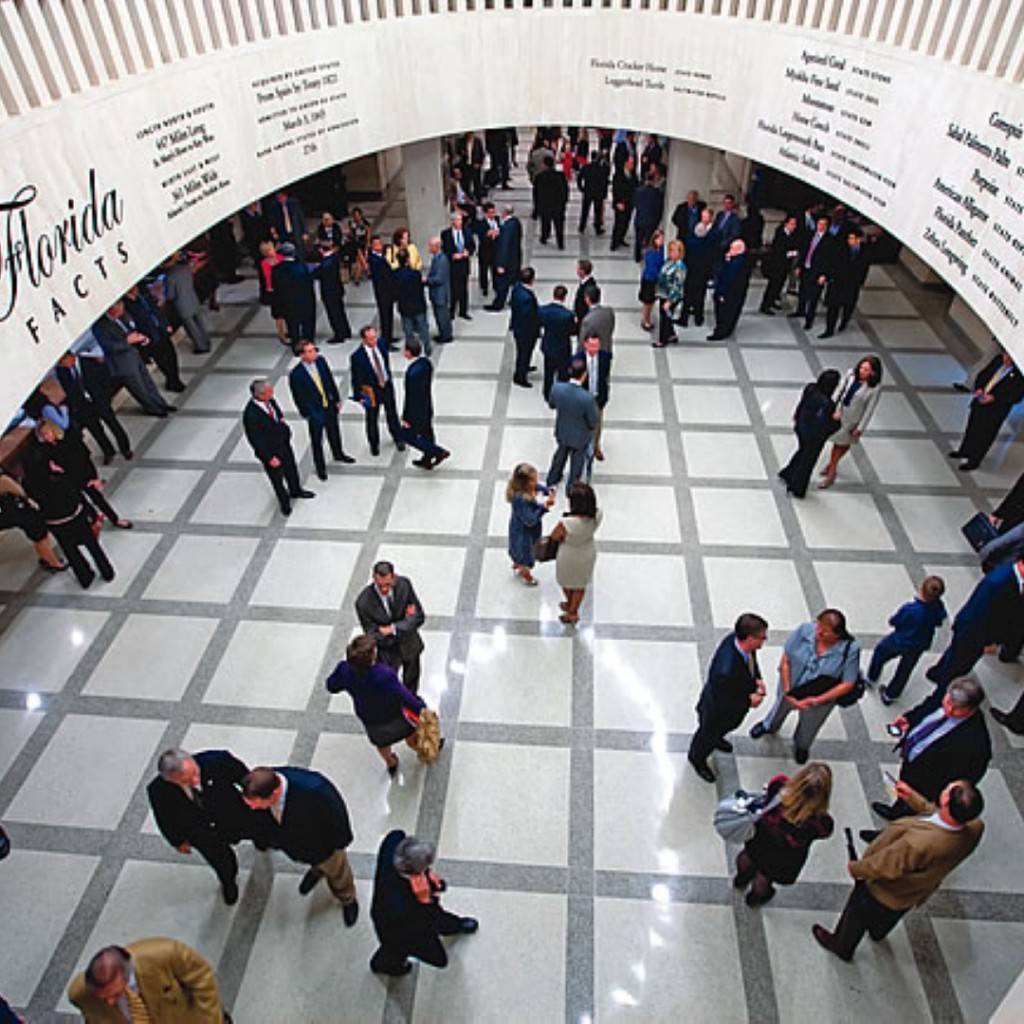 House ethics guru Don Rubottom wrote a poem to explain what the chamber’s new ethics regime is all about:

“If you propose it, it should be disclosed before you discuss it,

“Before it shows up in any draft of a bill or amendment,

“Long before it is filed in the House.

“If others propose, disclose by number.”

OK, it’s not for the ages, but it captures the spirit of the thing.

Rubottom, staff director of the Public Integrity and Ethics Committee, was among the House aides who briefed lobbyists Tuesday evening on the arcana of the new ethics rules imposed under Speaker Richard Corcoran.

It was part of an ongoing re-education program for the lobbying corps.

Such was the interest that the gathering was moved to a massive hearing room that takes up most of the second floor of the Knott Building, adjacent to the Capitol. It was standing room only, with a television audience submitting questions via email.

Budget committee staff director JoAnne Leznoff explained the process for pushing an appropriations line item. It entails filling out a detailed form describing the amount sought, where the money should come from, and who would benefit.

Lobbyists must deliver the forms electronically to a House member. Members alone are allowed to enter the data into the House’s IT system, which will spit out a bill containing the relevant details.

Rubottom explained the ethics angle, including lobbyists’ obligation to promote a professional and ethical environment even if that means “supporting honorable behavior by members” and discouraging the other kind.

The House has tightened disclosure requirements for lobbyists — they must report in advance any issues, bills, amendments, specific appropriations. Once per year will do the job — no need to refile on a particular topic if the Legislature goes into special session, although you ought to update your disclosure filing to reflect changed bill numbers.

“We are going to apply common sense,” Rubottom said. The point is that interested parties should receive sufficient notice.

Say hello to a member at a bar or a meet-and-greet? No need to disclose. Monitoring or tracking legislation without advocating for it? “You don’t have anything to report,” Rubottom said.

And if a member buttonholes you in a hallway and demands to know what you think about a proposal? You’ll have wanted to disclose already if there was any chance you intended to lobby the issue, he said.

“If it surprises you, let the member know you are not free to discuss it because of the requirements” of the new ethics rules, Rubottom said.

“If your member is impatient with your respect for the rule, feel free to let chairman Oliva or chairman Metz know of the discourtesy.”

A lobbyist, speaking confidentially, found the exercise worthwhile and said the rules may help undisclosed client conflicts emerge into the sunshine.

“We’re dealing with transparency,” this lobbyist said. “Transparency helps people in our business.”

Another lobbyist thought meeting the new requirements is “doable. But as they say, there may be speed bumps on the way.”

This lobbyist chafed a little that the rules don’t apply to people not accepting money to influence the Legislature — including the cadres of activists who barnstorm the Capitol on particular issues.

“They’re lobbying their guts out — it’s not casual stuff. It’s 50 activists going from meeting after meeting.”

And registered lobbyists are no longer allowed to text members during meetings, but these activists can.

“We all want a level playing field,” the lobbyist said.