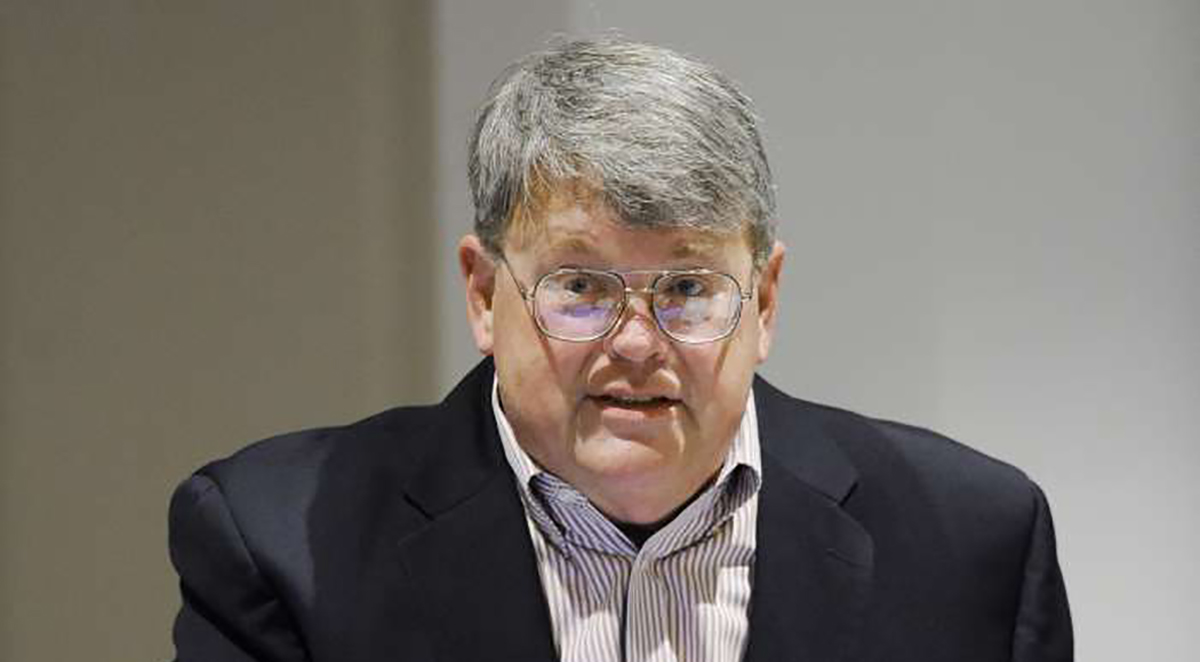 Compared to other members of Jacksonville Mayor Lenny Curry‘s administration, Policy Director Robin Lumb has a behind the scenes role.

He’s rarely at meetings of the city council – an irony, of sorts, given his term spent among that body.

However, Lumb has been working on the policy side, on issues that largely are under the radar until they are in the news.

FloridaPolitics.com reviewed memos and policy papers from Lumb’s tenure, which started last summer, and we found that his role encompasses many different areas.

Though Lumb is rarely quoted in the press, the policy director exacts influence over a great deal of city decision making, including macro issues – such as logistics around the re-creation of the Neighborhoods Department – and more granular, day to day concerns.

Lumb’s initiatives have a direct effect on administration policy.

Just as importantly, however, they also frame the narrative.

As Lenny Curry and his political team know very well, it is narrative that drives the future.

And even though Lumb doesn’t give quotes, he helps to shape that unfolding story.

One strong example of such: executing Lenny Curry’s “vision for Jacksonville,” a 2015 campaign document that expresses priorities, such as public safety, economic opportunity, education, neighborhoods, and downtown.

In a September 2016 memo to Chief of Staff Kerri Stewart, Lumb formulated a strategy.

The “next six months,” Lumb noted, need to contain “specific policy recommendations and initiatives to address key features in all policy areas” in the plan.

All of these will “require funding and need to be addressed in the FY 17-18 budget … At a minimum, we need to be seen as having done two or three significant things in each policy area by July 1, 2018.”

“Lenny Curry’s ‘Vision for Jacksonville’ will be the benchmark against which we are measured in the 2019 election,” writes Lumb.

“For obvious reasons,” Lumb adds, “it’s important that we begin to act on it.”

Actions take many forms, and occur in many areas.

Among those areas: crafting the first letter requesting assistance to HUD Secretary Julian Castro regarding the issues in Eureka Gardens, a few pages that set into motion a series of events, including the compelled sale of Global Ministries Foundation properties and the re-election bid of Sen. Marco Rubio.

Another area where Lumb’s impact has been felt: Hemming Park, a perpetual lightning rod for controversy.

Much of the coverage of Hemming’s issues has revolved around public disorder, mainly predicated around the unpredictable and extra-legal actions of the transient community that congregates there when weather permits.

Lumb noted that a vast majority of the oak trees in the park will need removal sooner than later, as they were planted in 1978, and the typical lifespan for these trees is between 30 and 50 years.

Beyond that, Lumb does address that transient community: “the city does not have a compelling interest in creating conditions in the park conducive to attracting any group of persons looking for a place to ‘hang out’ for extended periods of time … people who otherwise have no reason to be downtown other than to receive services from homeless agencies, food kitchens, and shelters.”

Lumb’s recommendation: that Hemming Park become Hemming Plaza again, and be returned to the custody of the Parks Department.

Friends of Hemming Park or a similar non-profit could be retained for the express purpose of promoting events, managing vendors, et al.

Many of these suggestions seem to be on their way, with the city taking back control of the park.

One important suggestion that Curry’s critics would want to see: a “well-managed day center for the homeless.”

If the mayor were to roll out a proposal for something along these lines, one could expect the timing to be deliberate: perhaps the March ICARE meeting of local socially-conscious church types would be that time.

Lumb’s input has also been provided on Jacksonville’s controversial red light camera program, the only advocates of which seem to be in the sheriff’s office or the editorial room of the Florida Times-Union.

Lumb noted that the contract with Redflex is set to expire at the end of 2017, and will require a new RFP for extension.

Lumb also noted that the city boosted its statutorily mandated cap on debt, which was set at $7.8 million, but actually increased to $12.6 million due to these $3,999 cameras.

Lumb concludes that, while the city’s red light camera program is “well-designed” compared to some in the state, it would be incumbent on Jacksonville Sheriff Mike Williams to push for an extension of the program.

Williams, “the most credible actor in this process,” should “take the lead in any effort to continue and/or expand the program here in Jacksonville.”

Another way to read that: the mayor won’t gain any political capital from becoming the mouthpiece for Redflex, and should leave that task to others.

Beyond red light cameras, Lumb also has advocated the “Shotspotter” technology that will be implemented in the city’s violent crime hot zones to detect the location from which stray gunshots may hail.

“I’ve been an advocate for this technology for some time and nothing I’ve heard or read during my research has convinced me otherwise,” Lumb writes, advocating its deployment over “several square miles” with money from the Jacksonville Journey budget.

Lumb’s recommendation prevailed in the budget, with a pilot program rolling out in 2017.

Lumb’s commentary is not restricted to enforcement issues.

Consider, for example, his comments on the St. Johns River Accord, an agreement to clean the tributary that ended in July 2016.

Lumb offered a report on the project, which was suffused with his characteristic deadpan presentation.

“It’s arguable whether the accord represented a genuine effort to jumpstart the process of improving water quality or was primarily an attempt to package, for public consumption, a series of water quality projects that COJ and JEA were already legally obligated to carry out,” Lumb wrote.

Lumb suggested that, in continuing the work of the accord, that the mayor’s office should create a “Nitrogen Reduction Working Group” including the city, JEA, the St. Johns River Water Management District, and FDEP, convening the group in early 2017 with a report due by the year’s end.

This would “demonstrate a continued commitment to the health of the St. Johns River,” Lumb wrote.

Among Lumb’s papers: a draft of a press release issued by the mayor’s office opposing water withdrawals from the St. Johns River.

Though the mayor’s position did not prevail, it did achieve an easy political win with locals, especially those more ambivalent about Curry than the GOP base.

Lumb was also pointman on Mayor Curry’s “official comments” regarding the EPA cleanup plan for the Kerr-McGee Superfund site.

In the letter Lumb crafted outlining Curry’s “official position,” the mayor expressed concern about contamination beyond the property line, into adjacent lots, the St. Johns River, and Deer Creek.

The letter, Lumb notes, is “not inconsistent” with the position of the St. Johns Riverkeeper.

As with the previous river messaging, there is a conscious balancing of policy objectives and political realities.

Often, there is little daylight between the two.

An interesting example of Lumb attempting to throw a stiff arm to a local columnist: an August draft of a letter, from the mayor, responding to Ron Littlepage’s column opposing the pension reform referendum that passed overwhelmingly at the end of the month.

Much of Lumb’s policy analysis is antiseptic, weighing costs and benefits in a dispassionate way.

The Lumb response to Littlepage had the kind of swagger one might expect from a former county chair of the Republican Party.

“Littlepage announced … that he was finally getting off the fence to vote against the ‘Yes for Jacksonville’ plan to permanently fix our pension problem,” Lumb wrote.

“It’s just too bad he got off on the wrong side of the fence,” Lumb quipped.

Lumb asserts that the veteran columnist has “problems with … math” and understanding of the legislation behind the referendum, as he defended the referendum in light of “pension costs [having] eaten nearly one-third of the city’s annual budget.”

Robin Lumb doesn’t seek out the press. And he doesn’t get the publicity for his role that he theoretically could.

But what is clear: Lumb sees a long-term vision for the administration.

And in his niche, he is helping to bring that vision to reality.

Almost two years ago, Lumb used his role as Duval GOP chair to help guide the party’s executive committee toward an endorsement of Lenny Curry in the mayoral race.

Now, with Curry in office, Lumb has a quieter role, but a role every bit as instrumental to the administration’s success, both in terms of first-term policy and the seemingly inevitable re-election campaign.