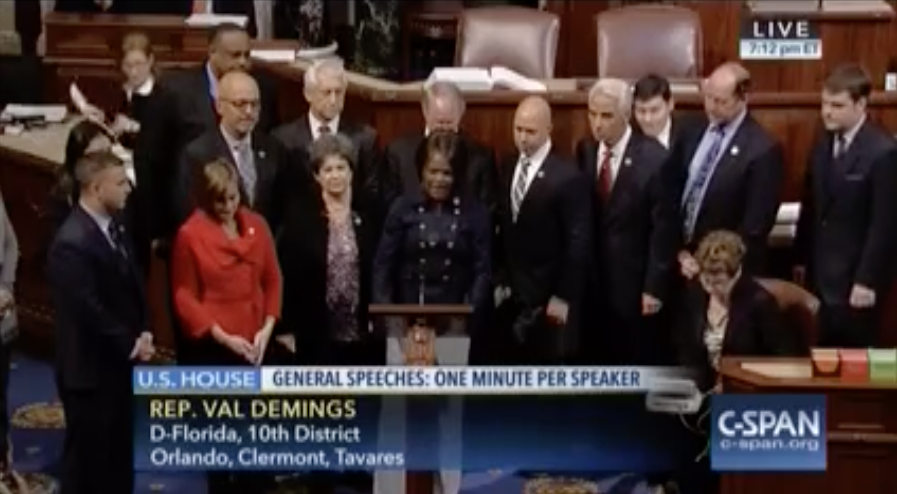 With a bipartisan gathering of other Florida congressional members, Orlando’s former police chief Val Demings, now a congresswoman from Orlando, led the House of Representatives in a moment to remember and honor Orlando’s fallen officers Monday night.

“I rise today to honor the lives of Master Sgt. Debra Clayton of the Orlando Police Department and Deputy Norm Lewis of the Orange County Sheriff’s Office,” Demings declared in the house chamber. As the former Orlando police chief I had the honor of knowing both Sgt. Clayton and Deputy Lewis. Sgt. Clayton was violently murdered while responding to a call this morning. Deputy Lewis was killed responding to the scene during a search for the suspect.

“As we recognize law enforcement appreciation day, we mourn the deaths of these two public servants. Sgt. Clayton was a fine officer, wife, mother, 42 years young, and had just celebrated her first anniversary with her husband. Deputy Lewis was deeply admired by all of his colleagues. He loved helping people and it showed in his work. He was just 35,” Demings continued. “Mr. Speaker, I respectfully ask that all members join me in honoring and remembering these heroes during this difficult time.”