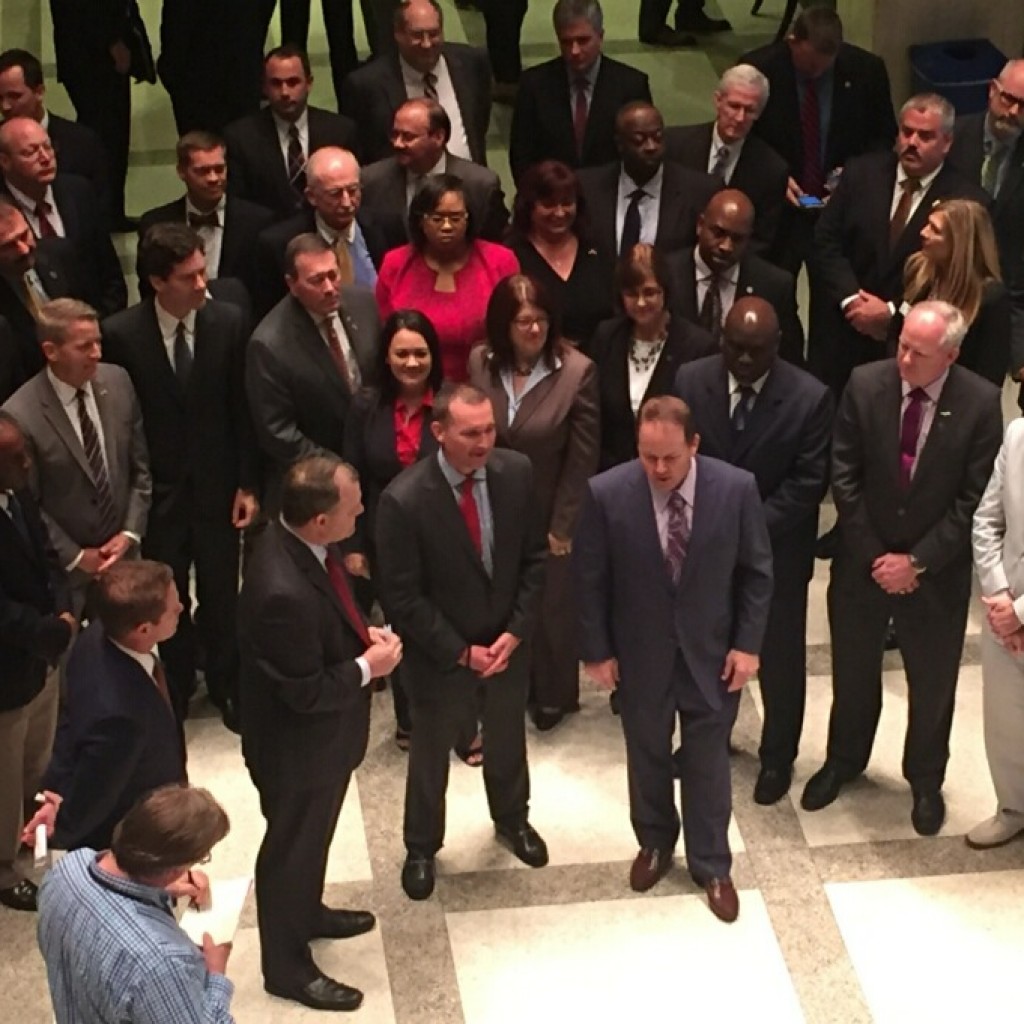 Jacksonville’s big legislative accomplishment in the 2016 session was getting an unprecedented bill through Tallahassee, one which would allow the city to access the guaranteed revenue from a future sales tax extension, once it closed one of its three pension plans.

As collective bargaining continues between the city and its unions, the 2017 session also looms. And another bill with potential bearing on Jacksonville’s pension perils awaits the Florida Legislature.

That bill, filed by Jeff Brandes in the Florida Senate and Jacksonville’s own Jason Fischer in the Florida House, would close the defined benefit plan of the Florida Retirement System to new cities.

“I believe the best way to start getting a handle on the growing unfunded state pension liability is to tackle the issue at the source. Closing this loophole to enter into the defined benefit pension plan in FRS will help the state of Florida begin the process of reconciling the out of control pension debt and put our state on a path towards fiscal responsibility,” stated Rep, Fischer upon filing the bill.

A question that is emerging, however: does the Fischer/Brandes legislation subvert the intent of the 2016 legislation that set the stage to conditionally close Jacksonville’s faltering defined benefit pension plans?

The police and fire unions believe so; their position has been to put new hires who are foreclosed from the city’s current DB plan into the FRS defined benefit plan, which was last estimated to be 85 percent funded and one of the healthiest state pension plans in the country.

Meanwhile, the sponsors of the 2016 legislation, Clay County’s Sen. Rob Bradley and Rep. Travis Cummings, had their own qualms with the FRS reform bills.

“The bill was clear,” Bradley said, “and I made several public statements at the time as the bill moved through the process.”

“The language of the bill was clear – that [new pension plan] is a local decision, what form the pension/retirement plan takes going forward. The only requirement of the bill is that you close existing plans and then you start anew if you want to avail yourself of those dollars,” Bradley added.

“What system is chosen by the city of Jacksonville using those dollars is a choice,” Bradley said, “to be made through collective bargaining.”

When asked if he supported the Fischer/Brandes reforms, Bradley was careful in responding.

“To the extent that those bills take options off the table, then in my mind that’s inconsistent with what we did last year,” Bradley said.

“What we did last year was say this is a local decision. They have a series of options available to them to choose. Then to go the next year, and say ‘we said that, but we don’t mean it. You have fewer options than you had last year,’ to me that would be inconsistent with what we did last year,” Bradley said.

When asked if the Fischer/Brandes bill was a “bait and switch,” Bradley laughed, saying that phrase was something he “would describe as inflammatory language.”

“But yeah, I made my statement on it,” the senator said.

Sen. Bradley, in what was an audacious play last year, carried the Senate version of the discretionary sales surtax bill through with a 35 to 1 vote of approval.

Bradley and Brandes, already slated to square off on the issue of medical marijuana expansion, look poised to be at odds on the FRS reform bill also.

Sen. Bradley’s concerns were echoed, albeit in abbreviated form, by Rep. Travis Cummings.

“I’d have a hard time supporting it,” Cummings said.

Cummings’ comments are notable in light of what he said to us in January 2016.

“History in the Florida Legislature does prove that there are philosophical differences between the House and Senate regarding traditional pension versus 401k type retirement plans. No doubt such will be a key part of the debate with our Senate partners. The train has left the station in the private sector in that pension plans are now dinosaurs due to insurmountable liabilities,” Cummings observed last year.

The concerns of legislators who don’t represent Jacksonville may not be such a concern … except for the fact that the Duval County Legislative Delegation didn’t carry the pension reform legislation in 2016.

The reasons for such were pragmatic: Cummings and Bradley had carried similar legislation before, and there wasn’t a sense of overwhelming enthusiasm to carry the bill from the local delegation.

While the local delegation did support the legislation, the lead was taken by the Republicans from Clay County.

As former Rep. Charles Van Zant, a House co-sponsor, said last May, “it was a good neighbor bill for us. Jacksonville turned to us to pass the bill,” and the “three of us spearheaded the initiative.”