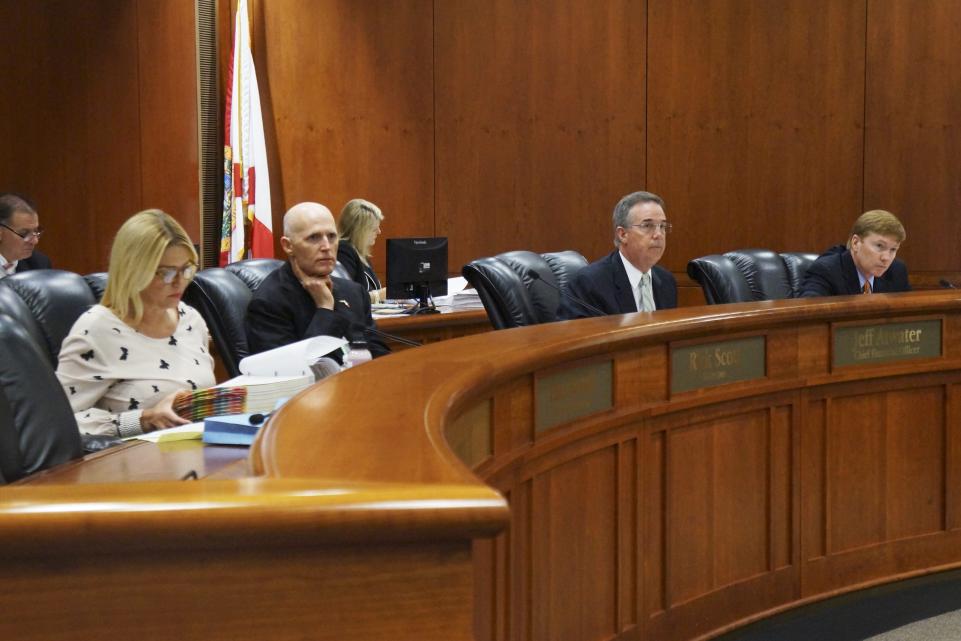 A class-action lawsuit filed Monday aims to automatically restore former felons’ voting rights and eliminate Florida’s rights restoration process, considered one of the most onerous in the nation.

Florida is one of just a handful of states that does not automatically restore voting rights once a felon has paid his or her debts to society. There are 1.6 million Floridians currently disenfranchised — the highest state total in the nation — and over 10,000 are waiting for a hearing on their restoration applications.

There is currently an effort to get a constitutional amendment on the ballot 2018 by the group Floridians for a Fair Democracy that would automatically restore voting rights to nonviolent felons.

The lawsuit cites the lack of any rules governing the Executive Clemency Board’s decisions to grant or deny applications. Without any rules, the system and the applicants are prone to arbitrary treatment, violating the 1st and 14th Amendments to the U.S. Constitution, according to the lawsuit.

“Unlike the overwhelming majority of states, Florida simply has no law that tells ex-felons when their voting rights are restored. Instead, they must beg state officials to give them their rights back, and this setup violates our Constitution,” said Jon Sherman, Senior Counsel for the Fair Elections Legal Network. “The right to vote should be automatically restored to ex-felons at a specific point in time — the completion of a sentence — not whenever a politician decides you’ve earned it.”

Giving government officials unfettered discretion, according to the complaint, leads to unequal treatment of people in similar circumstances. The lawsuit quotes Gov. Rick Scott speaking of the process at last month’s Cabinet meeting, when he said, “Clemency is … is — there’s no standard.  We can do whatever we want.”

The current voting rights restoration process requires former felons who have completed their full sentences to petition the Executive Clemency Board, which consists of the Governor, Attorney General, Chief Financial Officer and Commissioner of Agriculture. Once they have applied, they must wait an indeterminate amount of time to be placed on the Board’s quarterly meeting agenda. The suit says this can take as long as 10 years for some applicants or months for others. The lawsuit also challenges both the lack of any time limits for making decisions on restoration applications — which the plaintiffs contends is another violation of the 1st Amendment — and the 5- and 7-year post-sentence waiting periods Gov. Scott imposed.

“Our most precious right is the right to vote. Ex-felons should not be denied the opportunity to have their rights restored nor to participate in fair and free elections. Yet, the Florida Clemency Board’s obstruction of restoring voting rights runs counter to everything we as Americans stand for.  This important class action lawsuit will fight to restore these citizens’ right to vote,” stated Theodore Leopold, partner with Cohen Milstein Sellers & Toll.

About 1.6 million Floridians are disenfranchised because they were convicted of a felony and have not had their voting rights restored. This includes men and women of all different political parties, races, ethnicities, ages, from cities and rural areas, as well as veterans, small business owners and others.

The suit also says that the number of applications granted has dropped significantly since Scott took office in 2011, with only 2,488 applications having been granted. Scott’s predecessor, Charlie Crist,  issued revised rules of executive clemency, resulting in 155,133 applications being granted.

previous'Bullet-proof glass' among measures getting nod for Jewish schools' security