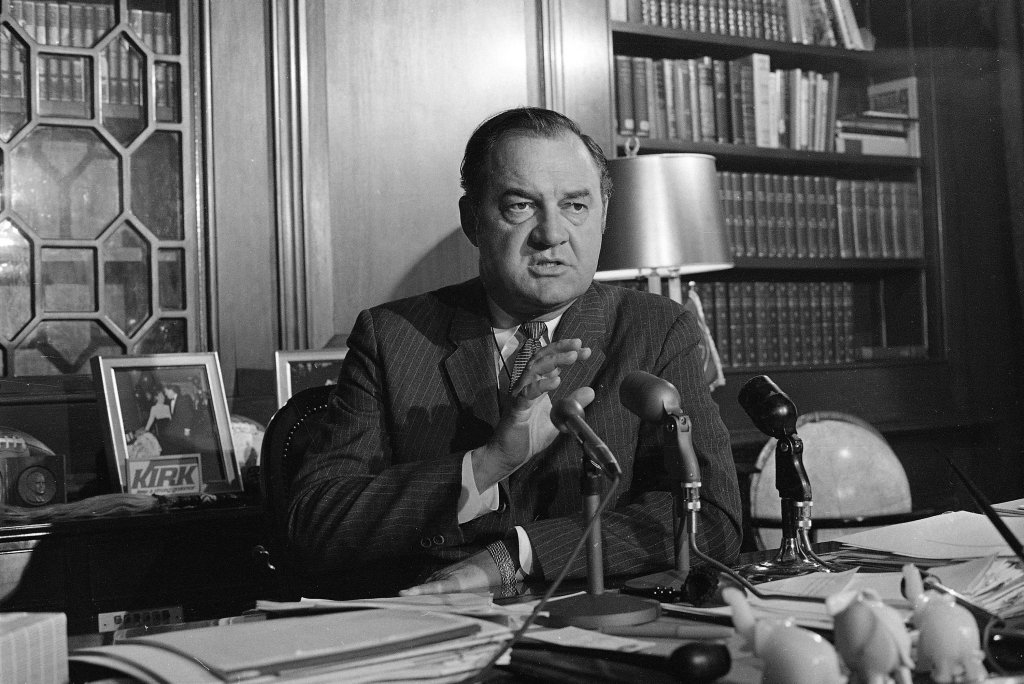 The home office pulled me out of a meeting at the Florida Capitol. Former Gov. Claude R. Kirk Jr., was on their line, insisting that I be told right now (!) how much he liked an antibusing provision that the Legislature was considering tacking on the budget. He liked it so much, he told the state editor, that he had signed an appropriations bill with the same rider although he would have preferred to veto the bill.

That didn’t sound right, so I checked the House Journal. Kirk had vetoed that bill. The editor was perplexed.

“The governor wouldn’t lie, would he?” he asked.

Like most people of his time, and still many today, the editor assumed that a high public official might very well stretch or shade the truth from time to time but would never stoop to a flat-out falsehood.

Yes, Kirk would, although he was known to hit the sauce in a way that could have clouded his memory.

Kirk didn’t lie with the almost hourly frequency of the Donald Trump White House, but the underlying cynical assumption was the same: The public would be more disposed to believe a governor than to believe his critics. They had believed his campaign promises and elected him, hadn’t they?

In 1967, his first year as Florida’s first Republican governor since Reconstruction, Kirk had proposed a budget in keeping with his primary campaign promise of “No new taxes.” It was seriously unbalanced, relied on accounting tricks and assumed that Florida voters would approve a bond issue, no sure thing.

When the Senate appropriations chairman, Reubin Askew, and other Democratic leaders tried to tell him that, Kirk was scornful. What mattered was not what they thought but what some ordinary citizen might think.

“‘Well, now, senator,'” Askew recalled Kirk saying, “‘you say it’s unbalanced. I say it isn’t. Who do you think that truck driver is going to believe, me or you?'”

Before there was Donald Trump, there was Claude Kirk.

It must be said that the man widely derided as Claudius Rex was a statesman compared to our so-called president. (In politics, everything is relative.) Among other things, Kirk did a better job of hiring good people for sensitive jobs and was strong for the environment, thanks to the influence of adviser Nathaniel P. Reed.

Like Trump, Kirk, the frontman for a successful Jacksonville-based insurance company, had never held any public office. Such inexperience always shows.

“He didn’t even know how many members there were in the legislature, he didn’t even know what Cabinet officers there were, he didn’t know anything about state government. And he didn’t bother to learn a whole hell of a lot about it while he was governor. He spent a lot of time enjoying being governor,” remarked Don Reed, the Republican leader in the House of Representatives at the time.

Kirk’s first budget exposed his ignorance as well as his irresponsibility. To call his bluff, the majority Democrats passed exactly what he had proposed. The Republicans, who knew that Kirk’s “budget” was no more than propaganda, tried unsuccessfully to block the bill. Kirk had to veto it.

Before a second year was out, the man who had vowed “No New Taxes!” signed what was then the largest tax increase in Florida history.

Like Trump, Kirk wasn’t shy about spending money for personal benefit. My colleague Don Pride, the St. Petersburg Times bureau chief, caught him charging a state agency, the Florida Development Commission — precursor to the present-day Enterprise Florida — some $1,600 for Kirk’s European honeymoon. Unlike Trump, Kirk reimbursed the public, blaming the charge on a clerical error.

But he never did repay the $90,000 that the same agency had paid to William Safire, a publicist who later became The New York Times’ resident conservative columnist, to promote Kirk for the vice-presidency in 1968.

Like Trump, Pride recalls, Kirk kept his financial affairs hidden. He relied on a secret slush fund to fund his travels and other personal expenses. When the Legislature cracked down on his “Governor’s Club,” he made the Republican Party pay for his leased private jets. Kirk thought nothing of flying to New Orleans just for lunch.

When Jack Eckerd, an opponent in the 1970 GOP primary, released five years of income tax returns and challenged Kirk to do the same, Kirk refused.

Like Trump, Kirk was a demagogue whenever there was a headline to be had. He staged a tense verbal confrontation at Jacksonville with the black activist H. Rap Brown. He suspended the entire Manatee County School board and its superintendent to keep them from complying with a federal-district court busing order. Kirk’s defiance evaporated when the judge fined him $10,000 a day.

And, like Trump, Kirk was frequently vexed with the press, “haranguing them at campaign stops and barring them from his airplane,” Pride recalls.

Unlike Trump, however, Kirk had a sense of humor and was engaging at times. But by 1970, the voters had seen through his antics and were keen to replace Kirk with a serious-minded, experienced legislator with a progressive platform and a reputation for speaking the truth. The worst that Kirk could say about him was that he was a “Momma’s boy.”

The new governor was Reubin Askew.

Let Florida’s past be the nation’s prologue.

Martin Dyckman is a retired associate editor of the Tampa Bay Times. He is the author of “Reubin Askew and the Golden Age of Florida Politics,” published by the University Press of Florida. He lives in Asheville, North Carolina.