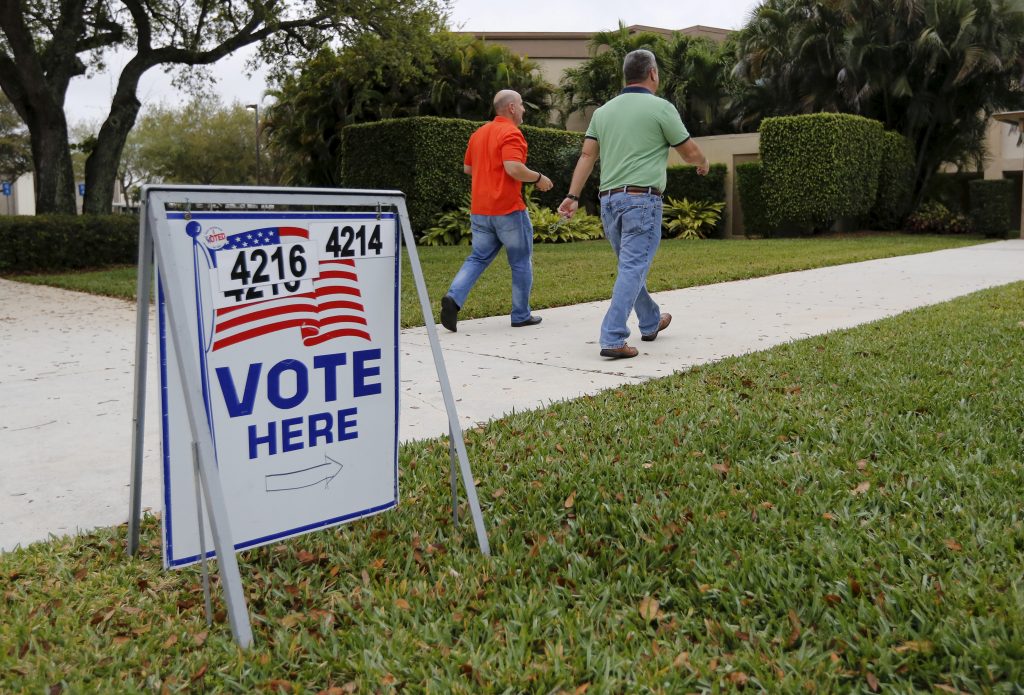 Under a new bill passed Wednesday by the House Government Accountability Committee, Tampa would need to change the dates of municipal elections every four years.

Changes to when local municipalities hold election days was one of a series of proposals included in a committee-written bill passed by the House Government Accountability Committee, approved easily by a 22-1 vote.

Historically, residents in the city of Tampa voted in primary and general municipal election held in March. Under the committee bill passed, the election would have to be held only at one of four dates — at the general election in November, after first Monday in November in an odd-numbered year, or the first Tuesday after the first Monday in April in odd- or even-numbered years.

The governing body of the municipality must choose which of the dates to conduct its elections. The bill sets a format for runoff elections based on the four dates and allows elected municipal officers to continue to serve until the next municipal election is held in accordance with the bill. Changes to municipal election dates would not take effect until July 1, 2020.

For the past few decades, Tampa has held main municipal elections in early March, with runoffs scheduled three weeks later.

“Our biggest reason for opposing this is a legislative override of the will of the people,” said Casey Cook with the Florida League of Cities. “Every city when it is formed adopts a charter, and that charter is approved by the voters in that area.”

The new bill would also repeal the decade-old change in state election law, which required local or state office holders who qualify for federal office to resign from the office they presently hold if the terms, or any part thereof, will run concurrently and sets the requirements for such resignations.

It would also change the state’s resign-to-run law to include federal office holders (such U.S. senators and representatives) to the current law that mandates that lower office holders must resign if any part of the term will run concurrently with the office that the candidate presently holds.

In 2007, the law was changed by the Republican-led Legislature to allow for the possibility of then-Republican Gov. Charlie Crist to run as a vice presidential candidate in 2008. However, John McCain ultimately bypassed Crist, going with Alaska Gov. Sarah Palin as his running mate.

Other states do allow federal officeholders to run for president and not resign from their current office. Rand Paul of Kentucky ran for president last year, but was allowed to stay in his Senate seat (where he was also on the ballot and won re-election in 2016).

The bill mandates that in any election the word “incumbent” must appear on the ballot beside the name of a candidate seeking re-election to public office when the office sought is not subject to term limits. Current law only requires a ballot to indicate a candidate is an incumbent when two or more candidates running for the same office in a primary election have the same or similar surnames.

The bill requires all candidates who qualify for office as an NPA candidate in partisan elections to be registered at the time of qualification as NPA.

Also, the measure requires an NPA candidate to attest in writing that he or she is registered as NPA. Currently, the law allows candidates to qualify without party affiliation (NPA) despite being registered with a political party.

In addition, a candidate would be required to pay his or her qualification fee with a certified check as an alternative to paying with a properly executed check.

Smith objected to the fact that the bill did not mention what he called “the broken system of write-in candidates” in Florida elections.

In Florida, party primaries are normally closed; only voters registered with the party can cast ballots to choose its nominees. But state voters amended the Florida Constitution in 1998 to open primary contests if the winner would face no opposition in the general election. The point was to ensure that all voters would have a say if the primary would determine the winner. In 2000, however, the state Elections Division concluded that a single write-in candidate in the general election would be considered enough competition to close a primary with candidates from just one major party. Ever since, write-ins have regularly closed primaries, even though a write-in has never won an office in Florida.

Caldwell said he agreed with Smith, but said that change could only occur via a constitutional amendment, and thus could not be included in his legislation.

The committee also unanimously passed a bill from Jacksonville Democrat Tracie Davis (HB 521) that allows early voters to be able to turn their ballot into any early election voting site. Davis said that in her research, 31 counties currently allow voters to do that, but it is not uniform in state statute.

previousWas Jack Latvala against Enterprise Florida before he was for it?