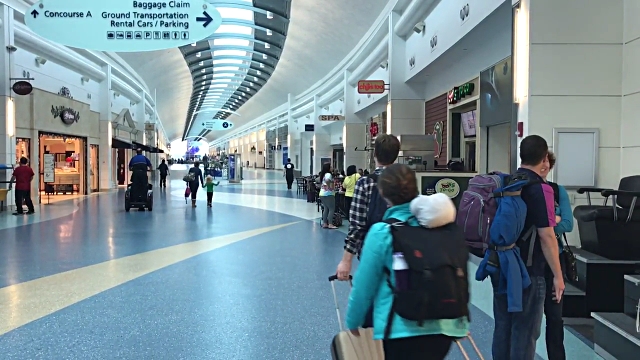 The future of CRAs, or Community Redevelopment Agencies, is in flux on the state level, with CS/HB 13 and SB 1770 both proposing substantial alterations to the process.

Meanwhile, on the local level, a robust debate has occurred related to whether or not the JIA CRA should be phased out.

District 7 Councilman Reggie Gaffney, as reported in the Jacksonville Daily Record last year, would like to see money in the pot moved over to other potential community development in the next couple of years.

The argument from the CRA board of trustees, meanwhile, has been that the JIA CRA has succeeded; Gaffney would like to expand the boundaries beyond the current scope to address sidewalk and drainage issues in other parts of his district, and potentially toward a community center.

In Jacksonville City Council Chambers Wednesday, council members discussed the future of the CRA, which currently has $1.8M in the bank — with more money coming in as projects go online, such as Amazon.

Though this is a non-voting meeting, debate was hot and heavy.

And council members spent much of Wednesday morning questioning assertions by the CRA board that the CRA had served its purpose.

The legislation in Tallahassee was discussed by Ali Korman Shelton and Karen Nasrallah as “legislation that will affects CRAs statewide.”

“The legislators feel that CRA provisions have been somewhat abused,” Nasrallah said, a contention disputed by those in Jacksonville City Hall.

“They have basically said that if you don’t follow rules, we’re going to shut you down,” Nasrallah said.

Issues the legislature identified: include suboptimal use of TIF dollars, not following plans, not closing CRAs when appropriate, Nasrallah said.

Shelton noted that the October 1 date, foreclosing new debt, is “causing people a lot of heartburn,” and that Apr. 25 is the drop dead date for bills.

“As of October 1, no new debt, no new construction — but that’s only on the House side, and the two bills have to reconcile,” Shelton said.

“The Association of Counties, the League — everybody is really fighting this,” Shelton said, relative to the latest state attempt to subjugate local control.

The JIA CRA was addressed by Steve Swan of the JIA CRA advisory board.

Swan noted the board had difficulty a couple of years ago finding out what conditions qualified as blight that could be remedied via economic development.

The group commissioned an external analysis from the Genesis Group to help with decision making: “objective data” regarding blight conditions.

“The CRA has not only eliminated blight conditions,” but improved taxes, as “probably the most successful CRA in Florida.”

“The motion of the board was to sunset the CRA in 2019,” Swan said, though it was not a unanimous decision.

That would expedite the statutory sunset date: 2023.

Councilman Gaffney pressed Swan on the Armsdale and Duval Road infrastructure improvements, “projects that needed to be done under the CRA.

Swan said he’d bring those projects up to the board.

“This committee don’t want to approve them; there’s something wrong with that,” Gaffney said.

Swan said that board members live throughout the city, and seek to be “wise stewards of taxpayer dollars.”

Councilwoman Katrina Brown prodded Swan, asking about public meetings with people in the district — there had been none.

Brown stepped up her inquiry, asking why Swan wanted an early sunset.

His take: the blight conditions were remedied.

Brown continued haranguing Swan, saying the CRA wasn’t even responsive to the concerns of the district councilman, in her appearances at the meeting.

Brown also accused Swan of picking and choosing certain projects to move forward, heedless of the councilman’s input, which she saw as “disrespectful.”

Swan’s take: the analysis is “data-driven.”

Councilman Aaron Bowman, who handles business recruitment for the Jacksonville Chamber of Commerce, contended that infrastructure improvement is consistent with the goals of the CRA.

“My reading of the rules and regulations,” Bowman said, “is we absolutely have the right to do that … I think we’ve left a lot of stuff off the table that we could’ve done.

After all that, the presentation of the Genesis Group followed, from Brian Wheeler.

The Dunn Ave. shopping district has suffered, said the presenter, because of the nearby River City Marketplace.

Population growth has lagged below original projections when the CRA was formed.

The goal of the CRA: economic development projects.

Substandard housing is down to 2.2 percent, from 41 percent — even below the city’s level of 2.9 percent.

Through a long presentation, augmented by slides too cluttered to be readable, presented in a congested monotone through a mike that shorted out every few seconds or so, the message that emerged was that the CRA had been successful.

The first one was the most salient.

“How much did this cost?,” asked Council VP John Crescimbeni.

The answer: $95,000 — which apparently didn’t cover a rudimentary PowerPoint that could be read on the in-chamber TV screens.

Crescimbeni noted that the idea of “diluting” substandard housing by adding new units was not the goal of a CRA, contra the Genesis Group assertion.

Finance Chair Anna Brosche, opposing Crescimbeni for the council presidency, likewise was unimpressed, “really at a loss” as to why the CRA didn’t address conditions throughout the entire area.

Councilman Bowman “didn’t have a whole lot of confidence” in assertions that housing values increased.

“I just can’t justify that the CRA has accomplished the goals it set out to do. We still have a whole lot of work to do, [and I believe] we need to extend this thing,” Bowman said.

The Genesis Group representative continued to contend that blight had been remediated, and the $95,000 scope of work only was intended to measure what was accomplished, providing a “benchmarking assessment.”

“In my community, 99 percent think there is room for improvement. That’s why it’s so important to talk to the council person, to the community,” Gaffney noted.

“There’s still lots of work to be done,” Gaffney added, wanting to know one project between Dunn and Lem Turner since 1995.

There apparently had been some small sidewalk projects in the 22 year lifespan of the project, but the limited scope didn’t sit well with Gaffney.

“I don’t know of one project this advisory board dealt with which dealt with the urban community … we don’t have a finished project with this JIA CRA,” Gaffney said.

Council President Lori Boyer had her own concerns with the resistance to blight remediation from the board, which she sees as consistent with programming goals.

There is $1.8M in the current pot, and $3.5M in next year’s budget; Boyer would like to see that money programmed.

“The CRA Advisory Board said ‘don’t terminate until 2019,” Boyer said. “All of that money would be available to the CRA” no matter what.