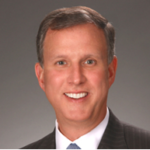 In my previous role as Secretary of the Department of Environmental Protection, it wasn’t often I would find consensus on issues involving local water management districts, the state and federal government. But after years of studying the options to best reduce the occurrence of discharges used to lower Lake Okeechobee, those involved in these three levels of governance all agree that buying additional acres of land south of the lake doesn’t solve the problem.

Instead, the South Florida Water Management District (SFWMD), the state, Florida’s Congressional Delegation, and the Florida leaders of the U.S. Army Corps of Engineers remain firm on finishing the projects included in the Comprehensive Everglades Restoration Plan, or CERP.

So, what are the water quality experts responsible for Everglades restoration and fixing Lake Okeechobee saying?

Starting at the district level, SFWMD scientists and engineers earlier this month reported district modeling shows that storage north of the lake included in the Lake Okeechobee Watershed Planning Project (LOWP) – which includes solutions such as a 250,000 acre-foot above-ground northern reservoir and 110 Aquifer Storage and Recovery (ASR) wells – will “reduce the total discharge volume to the estuaries by more than 60 percent.”

For the state’s part, under Governor Scott’s leadership, it has increased annual funding for the completion of CERP projects to the tune of $200 million more through the Legacy Florida program. Since 2011, Governor Scott’s administration has also invested more than $688 million in the completion of critical Everglades restoration projects as designed through CERP. This has included the state’s share of dollars that are necessary for the completion the C-44 and C-43 reservoirs, which when completed will provide up to 75 billion gallons of water storage in the Caloosahatchee and St. Lucie river basins.

At the federal level, the entire Florida Congressional delegation – all 27 Republicans and Democrats – wrote a February letter to President Donald J. Trump urging him to stay the course on congressionally-authorized projects that are proven to provide the most benefits to the Lake Okeechobee system. In the letter, which was released by Congressman Francis Rooney, the members noted that the CERP projects “are an important step in achieving more optimal water flow” and asked for a continued partnership through CERP and the recently-approved Central Everglades Planning Project (CEPP).

Most recently, Col. Jason Kirk, commander of the U.S. Army Corps of Engineers Jacksonville District and the person in charge of releasing excess water from Lake Okeechobee, said that the currently planned projects – and not the plan to buy more land south of Lake Okeechobee – are “the optimal sequence of restoration activities.”

With so much consensus at every level of government, it’s clear the buying land south of Lake Okeechobee is the latest shiny object, and collectively, Florida must not get distracted by it. Unfortunately, the real science behind the decisions our partners in government are making sometimes gets buried by detractors looking to grab headlines. The state has invested too much to abandon the projects that science shows will provide a tremendous boost to Florida’s historic efforts to restore the Everglades, fix Lake Okeechobee and reduce the coastal discharges.

Herschel Vinyard is former secretary of the Florida Department of Environmental Protection.