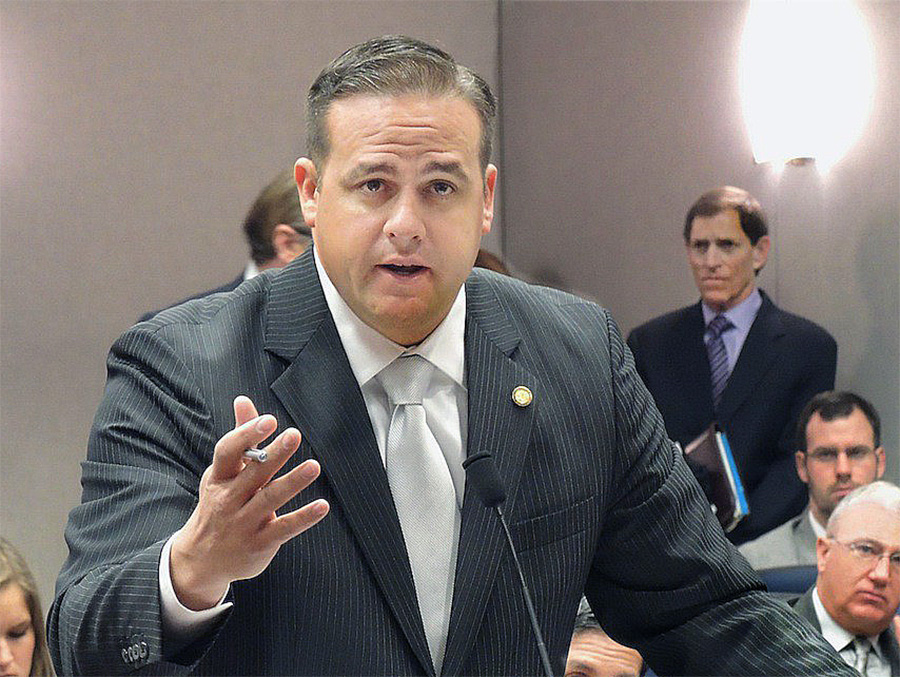 The behavior is nothing new, Simmons said, but he puts his faith in the Senate’s due process to determine a judgment by the body.

Simmons, of Altamonte Springs, then suggested that Artiles’ behavior might be a symptom of post-traumatic stress disorder — or some other circumstance — and the Senate needs to hear of any aggravating or mitigating circumstances before passing formal judgment.

“I consider his comments reprehensible and unacceptable. I believe that at the same time that he is entitled to a full and fair hearing,” Simmon said.

On Tuesday night, in the Governors Club in Tallahassee, Artiles reportedly accosted Sen. Perry Thurston, a Fort Lauderdale Democrat, and Sen. Audrey Gibson, a Jacksonville Democrat, who are both African-American, calling her a “b***h” and a “girl” in a dispute over legislation.

Artiles also used a variation of the “N-word,” referring to her and to white Republicans who supported Joe Negron as Senate President. Artiles apologized on the Senate floor Wednesday, but refused growing calls for his resignation.

Thurston has lodged a Senate rules complaint against Artiles seeking his expulsion. An investigative report by General Counsel Dawn Roberts is due next Tuesday. Simmons said that process needs to proceed.

“I do not believe this is an isolated incident of conduct. I believe that Sen. Artiles has spoken to multiple people in this fashion,” Simmons said.

“I also know that he is an Iraq veteran. I know while there’s no question that he said these things, because he’s admitted it and apologized fort them. The question I have is what aggravating and mitigating circumstances exist regarding why he is and has been acting in this manner. I don’t believe that he should be denied the ability to show that he may have PTSD; he may have some other circumstances,” Simmons continued. “I don’t know. I’m not going to prejudge the type of judgment that we should impose upon him as a Senate.”

Simmons explicitly said he condemned Artiles’ comments Thursday, a declaration that came after the Orange County and Seminole County Democrats jointly issued a statement Thursday afternoon demanding that Simmons speak up. Simmons said he had previously spoken up, giving a similar response to another reporter before the Democrats’ joint statement.

Simmons, who says he’s 98 percent decided to run for Congress in Florida’s 7th Congressional District for Orange and Seminole counties, a seat currently held by Democratic U.S. Rep. Stephanie Murphy, did just that, calling Artiles’ comments “reprehensible,” and part of a pattern of behavior.