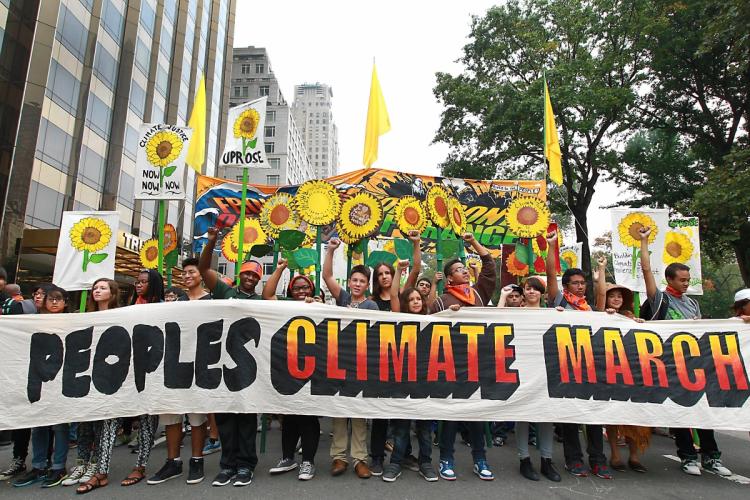 On Saturday, several “People’s Climate March” rallies will take place in Washington D.C., Tampa, Miami and across Florida and country.

In anticipation of those events, Organize Florida Education Fund and the Center for Popular Democracy released a report Thursday on how Florida’s infrastructure burdens women of color and their families.

“The risks of Florida’s energy infrastructure are not distributed evenly throughout the state but are concentrated in a handful of counties with significant populations of uninsured women of color, many of whom work in low-wage jobs, exposing those with the most limited resources to the greatest risk of injury and illness,” reads the report, called, The High Costs of Florida’s Energy Infrastructure — Burdening Women of Color and their Families.

The report lays the blame on Florida lawmakers who they say have failed to act to expand health care access or improve job quality in the state’s two dominant industries: tourism and hospitality, “both of which tend to offer low wages and little to no benefits.”

The report concentrates on Florida’s low-wage economy in the Orlando and Tampa markets.

“In this report, we try to lay out how that plays out and make some recommendation for policies that help to mitigate those effects,” says Michele Kilpatrick, a researcher from the Center for Popular Democracy.

Among those policy proposals included in the report are:

— Subsidizing the fortification and repair of homes in low-income communities threatened by intense storms that the report says are “caused by climate change.”

— Following the lead of California in establishing stringent standards for power plant emissions.

— Aggressively enforce environmental protection and occupational health standards in the energy industry, including requiring energy companies to invest in infrastructure maintenance and early warning systems to detect leaks and spills, and insisting on adequate safeguards for new construction.

Meanwhile, the rally in Tampa is scheduled 10 a.m. to 1 p.m. in Lykes Gaslight Park. The demonstration then moves to MacDill Park, which will host local art installations and climate science exhibits.