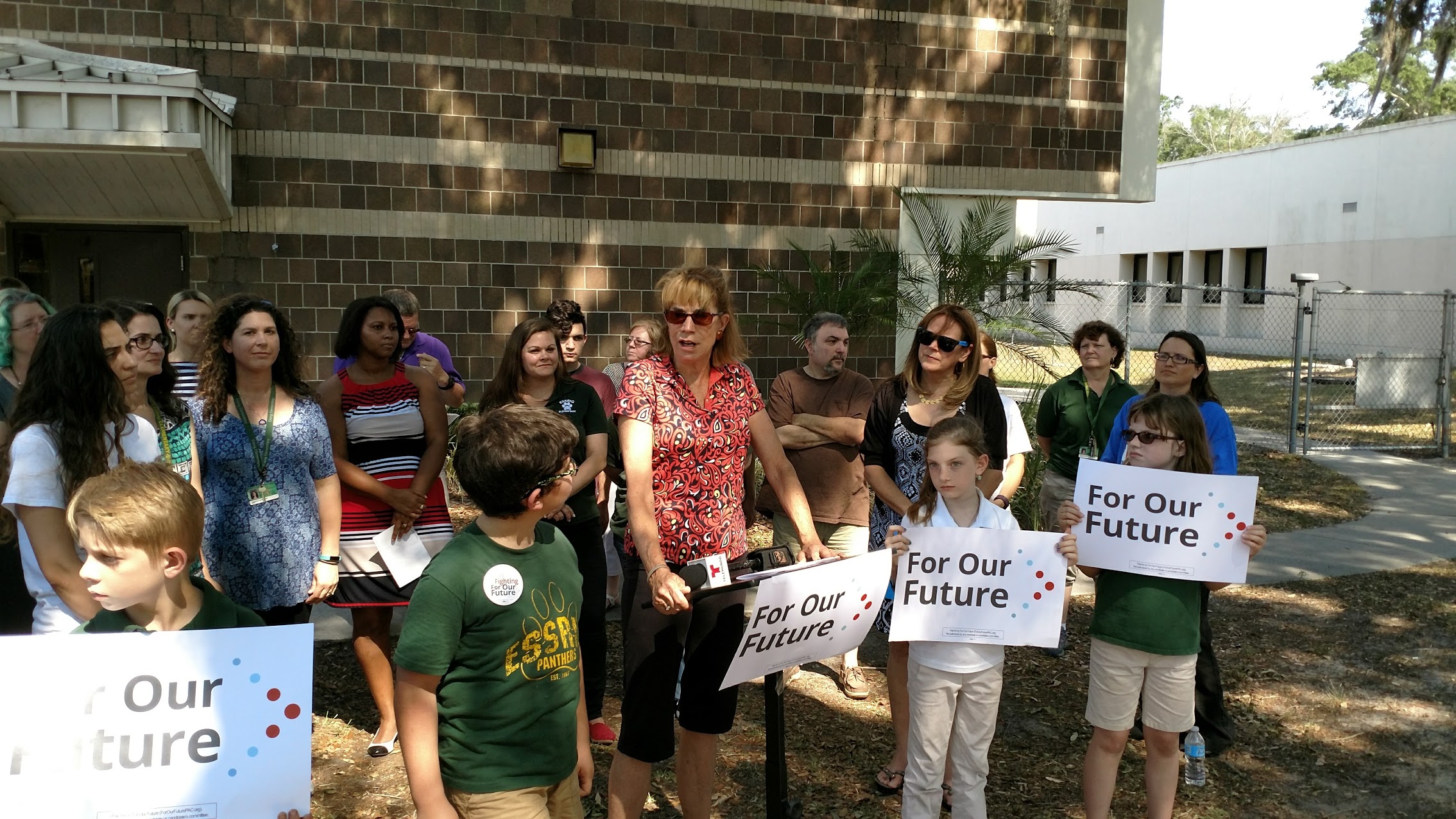 Two weeks ago, the Florida House spent more than three hours debating a bill to attract specialized, high-performing charter schools to Florida as an alternative to struggling public schools.

On Thursday, with time running out in the 2017 Session, teacher union officials, educators and activists denounced the controversial $200 million spending plan (HB 1505) at a news conference outside of Essrig Elementary School in northwest Tampa.

“Diverting $200 million in our taxpayer money away from our children’s public schools to unaccountable private companies is a terrible plan,” said Michelle Prieto, the Tampa coordinator of the group Mi Familia Vota. “The job of these legislators should be to assure equal access to properly funded education. This bill fails that test miserably.”

Republicans overwhelmingly support the “schools of hope” measure as a way to break the cycle of poverty in low-income communities. They say that these specialized charter operators will use innovative techniques that have been proven to work in other areas.

The bill, a favorite of House Speaker Richard Corcoran, would provide the infrastructure to allow out-of-state specialized charters to create new schools in communities with public schools graded “D” or “F” for three or more years that also receive Title I funds.

Debbie King is the mother of a daughter who attends Hillsborough High School, a former Pasco County high school science teacher, and now is an organizer with the activist group Organize Florida. She acknowledged that Hillsborough County schools have a “lot of issues,” which begins and ends with inadequate funding.

King was recently asked to buy toilet paper that she said was needed at Seminole Heights Elementary School.

Speakers at the event mentioned other education bills they believe would remedy problems with Florida’s education system more efficiently. One such bill is SB 1552 by Altamonte Springs Republican David Simmons which would encourage school turnaround efforts in which districts extend their school days by at least an hour, provide students with wraparound services, or give charter-like autonomy to their principals.

“We have great public magnet schools that could use funding as well as new public schools dedicated to STEM and STEAM,” Gray said. “But, instead those programs and schools are likely to be on the chopping block if ‘Schools of Hope’ passes, and instead a few millionaires who are politically connected and run for-profit schools will get our tax dollars intended for our children and the public school teachers the resources they need to do their job.”

Florida has always been in the bottom five states in funding public education, noted Jean Clements, the president of the Hillsborough County Teachers Association. The $200 million plan for charters is “particularly disturbing,” she said.

Without a true Senate companion, the bill is expected to be hammered out in House-Senate budget negotiations within the next week.