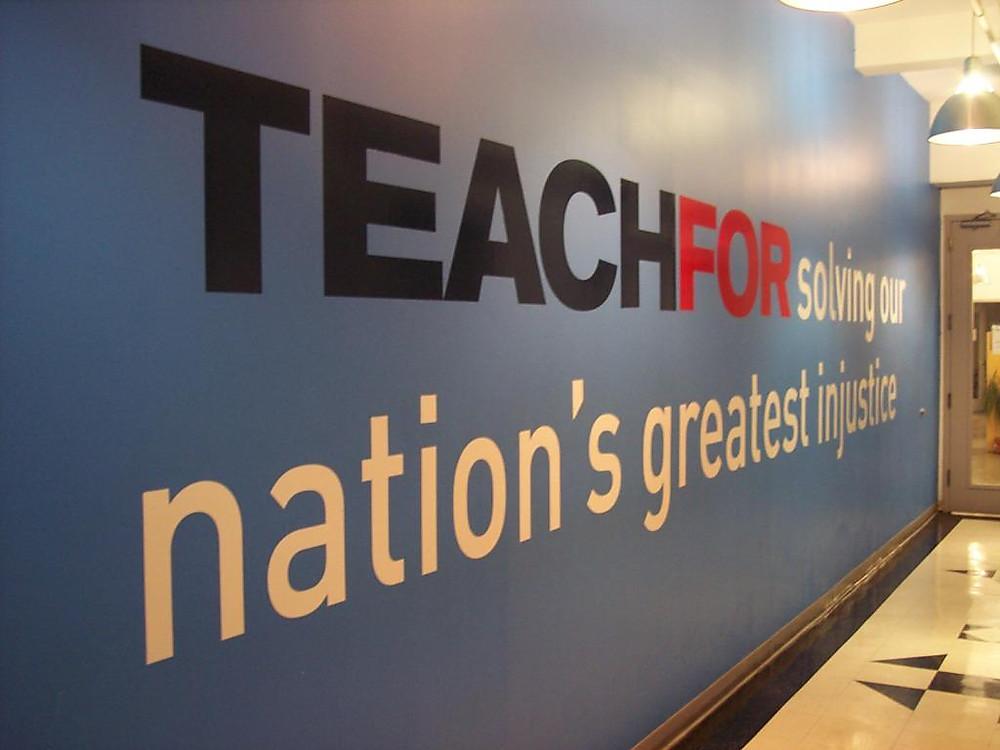 Today, there are approximately 200 teacher openings in Duval County Public Schools (DCPS) for the 2016—2017 school year, which ends next month. That means students in 200 classrooms are being managed by a substitute.

The teacher shortage is not surprising, but the Duval County School Board’s consideration to cut Teach for America (TFA) is. If the school board gets its way when it meets Monday, there will be 325 openings soon.

In lieu of funding TFA in Jacksonville, this board is considering using the $400,000 originally earmarked for those 125 teachers to instead pay for marketing — yes, marketing.

More specifically, Chairwoman Paula Wright proposed using the money for DCPS billboards, which to be frank, is a bad idea. While Ms. Wright likes billboards, readers should know what TFA actually does.

TFA is a program that trains, supports, and places many of the nation’s top college students in the country’s lowest-performing Title I schools, where there is the greatest need for teachers.

It infuses racially and economically diverse educators into neighborhood schools and provides successful role models that look or came from households like the students they teach. In 2015, 64 percent of TFA Jacksonville corps members identified as people of color or from a low-income background.

Not only does TFA help fill critical teaching positions, but it also seeks out schools with the greatest shortages in the most vital subject areas: math, science and language arts. TFA corps members were a considerable share — 14 percent — of new math hires in Duval this year.

In a climate of teacher shortage crises, the decision to cut TFA makes no sense, especially with only three months until teachers report for the 2017-2018 school year. This consideration reeks of politics from an ineffectual school board that recently drove out its superintendent with pettiness.

This is not about students or stewardship of taxpayer dollars. This is about attempting to take out a program that many of the entrenched status quo interests have resented since the day it began in Duval County.

TFA has its shortcomings like any organization and it is not a silver bullet for education reform, but it has a proven track record of creating tangible impacts on student achievement in classrooms across Florida and the nation.

In a state where the average public school teacher comes and goes in 3.5 years, 70 percent of 2014 TFA Jacksonville corps members continue teaching beyond their two-year commitment and remain in the classroom today.

Many former corps members also become school administrators or choose to make Jacksonville their permanent home, no matter their profession, which is a boon for attracting well-educated, high skilled workers and their families to Jacksonville.

Without TFA in Jacksonville, the teacher shortage problems in Duval will just worsen. The number of vacancies could more than double to 400 vacancies or more.

That’s why it’s extremely misguided to think $400,000 worth of billboards and advertising will be the key to filling those 200 vacant teaching positions. Other strategies are needed to fill these roles.

Moving forward, TFA and its impact in Jacksonville should be regularly evaluated with renewed public attention and debate. For right now, the 125 TFA corps members and 95 TFA alumni teaching in Duval County, along with the many other talented administrators and education-focused professionals who are borne from TFA, are sorely and desperately needed in this city.

Anyone who cares for our most vulnerable students should implore their board member to make the right decision. Pettiness and politics from our school board should not get in the way of children’s best interests.

nextSteve Andrews getting involved in Kevin Rader’s crusade against lobbyist