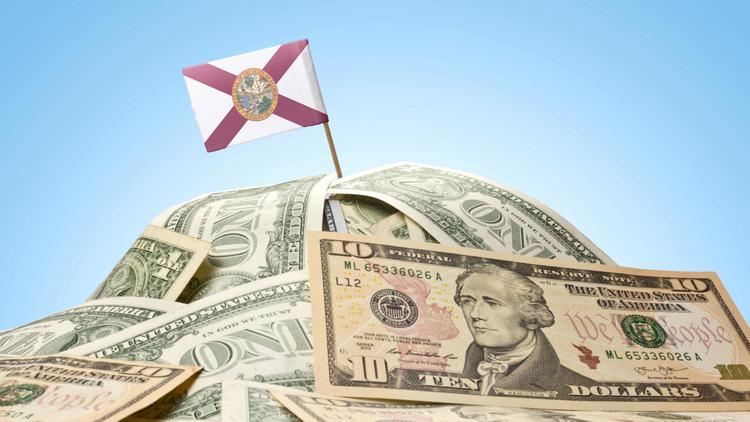 Three Democrats and one Republican running so far for the 2018 Florida governor’s race are starting out with war chests built with big checks, from such sources as August A. Busch, George Soros, David King and Wayne Hogan, mainly cut to their independent political committees that have no limits.

All the numbers reported here are through the end of April, posted Thursday on the Florida Division of Elections’ website.

King raised $1.38 million in his official campaign committee, including another check from himself for $62,000, and $422,000 in his Rise and Lead independent committee. His father, attorney David King, also has contributed $166,000, and Winter Park accountant Thomas Beck, $47,000, to Rise and Lead.

But the independent committees are where the bulk of the candidates’ early money sits.

Putnam, who officially filed to run last week, had raised $11.4 million in his Florida Grown committee over the past 26 months, with $9.8 million of that coming in checks of at least $10,000. This year that committee has raised $3,96 million on checks of at least $10,000 to Florida Grown, which has raised a grand total of $4.58 million, on a total of 1,118 individual contributions this year.

Gillum, who entered the race in early March, has the most-active official campaign fund, with more than 5,439 donations totaling $413,000, and consequently the greatest number of small donations. So far, he’s received 4,609 donations of less than $100 in that fund, compared with 233 for King, and 1,354 in Putnam’s Florida Grown PC.

Those checks are topped by $250,000 she transferred into that committee from her congressional campaign committee in February. After that, airport construction magnate James Finch of Lynn Haven, health care software entrepreneur Michael Singer of Alachua, and attorney Wayne Hogan of Jacksonville, a former congressional candidate, each contributed $50,000.

As for the states of origin for the money, Gillum has shown the most ability to raise money outside of Florida, particularly in California and New York. His official campaign has drawn 282 checks from California totaling $39,000, and 213 from New York, also totaling about $39,000. He also has 104 checks from Georgia, totaling about $10,000.

His Florida Forward committee shows a similar pattern, though dominated by those big Soros and Lear checks. Four checks from New York brought in $165,000, and seven checks from California brought in $121,000. From Florida, Forward Florida has received 46 checks for about $287,000. The committee also has gotten $41,000 out of Massachusetts, and $37,000 out of Georgia.

Relative to what he’s drawn from the Sunshine State, Putnam has done very little out of state fundraising, with at least 3,055 checks from Floridians, totaling more than $10,800,000, in his Florida Grown PC. He has gotten $157,000 out of Missouri, including that big Busch donation, on eight checks; and more than $50,000 from Georgia, Pennsylvania, New York, and New Jersey, on a handful of checks.

Likewise, King and Graham have drawn relatively little from out-of-state.

King’s official campaign committee has received 403 of its 480 checks from Floridians, worth $1.31 million of that committee’s $1.38 million total. He’s gotten seven checks each from Colorado and North Carolina, totaling $18,000 and $11,000 respectively. His Rise and Lead PC has received no out-of-state checks.