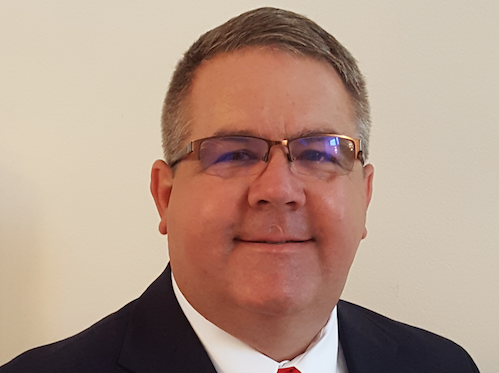 Ramsey, who defines himself as a conservative, joins a crowded primary field seeking to succeed Republican state Rep. Tom Goodson in a district safe for Republicans. Gibson is term-limited. Ramsey, of Merritt Island, joins a race with Tyler Sirois of Merritt Island, Tim Timulty of Cocoa Beach, and Thomas Patrick O’Neill of Rockledge.

“I have spent my career fighting to make sure our country stays free and safe for future generations, and I look forward to continuing the fight in Tallahassee,” Ramsey stated in a news release. “We must continue to push for policies that cut taxes and promote job growth as well as protect our freedoms, especially our Second Amendment rights. And Florida must ban sanctuary cities.”

Ramsey said he also would make veterans a priority: “As a veteran, I know how much the men and women in uniform sacrifice to protect our great country. We owe it to our veterans to give them economic opportunities, to see to it that they are well cared for and treated with the dignity and respect they deserve.”

After growing up in Camden, South Carolina, Ramsey enlisted in the Air Force, where he rose through the enlisted ranks and was later commissioned as an officer, retiring as a major. In 2001 he was a launch director with the Delta program at Cape Canaveral Air Force Station. He finished his military career with a teaching assignment at the collegiate level, mentoring the next generation of Air Force officers.

After retiring from the Air Force, Ramsey began a career as a high school teacher. Starting in the fall of 2017, he will serve as the Senior Aerospace Science Instructor for Eau Gallie High School, leading the Junior ROTC program.

“Teaching is both a great privilege and responsibility, and I am very encouraged by the hard work and ambition I see in so many of my students,” said Ramsey. “But I am troubled by the lack of emphasis on civics education throughout a child’s school experience. It is imperative that we bolster the teaching of our nation’s history and the system of government our founders created.”

Ramsey and his wife, Michelle, a Merritt Island native, are parents of six children. She is a certified public account and works as a manager in Brevard County.

nextLenny Curry: Paris Accord 'has no teeth to it'