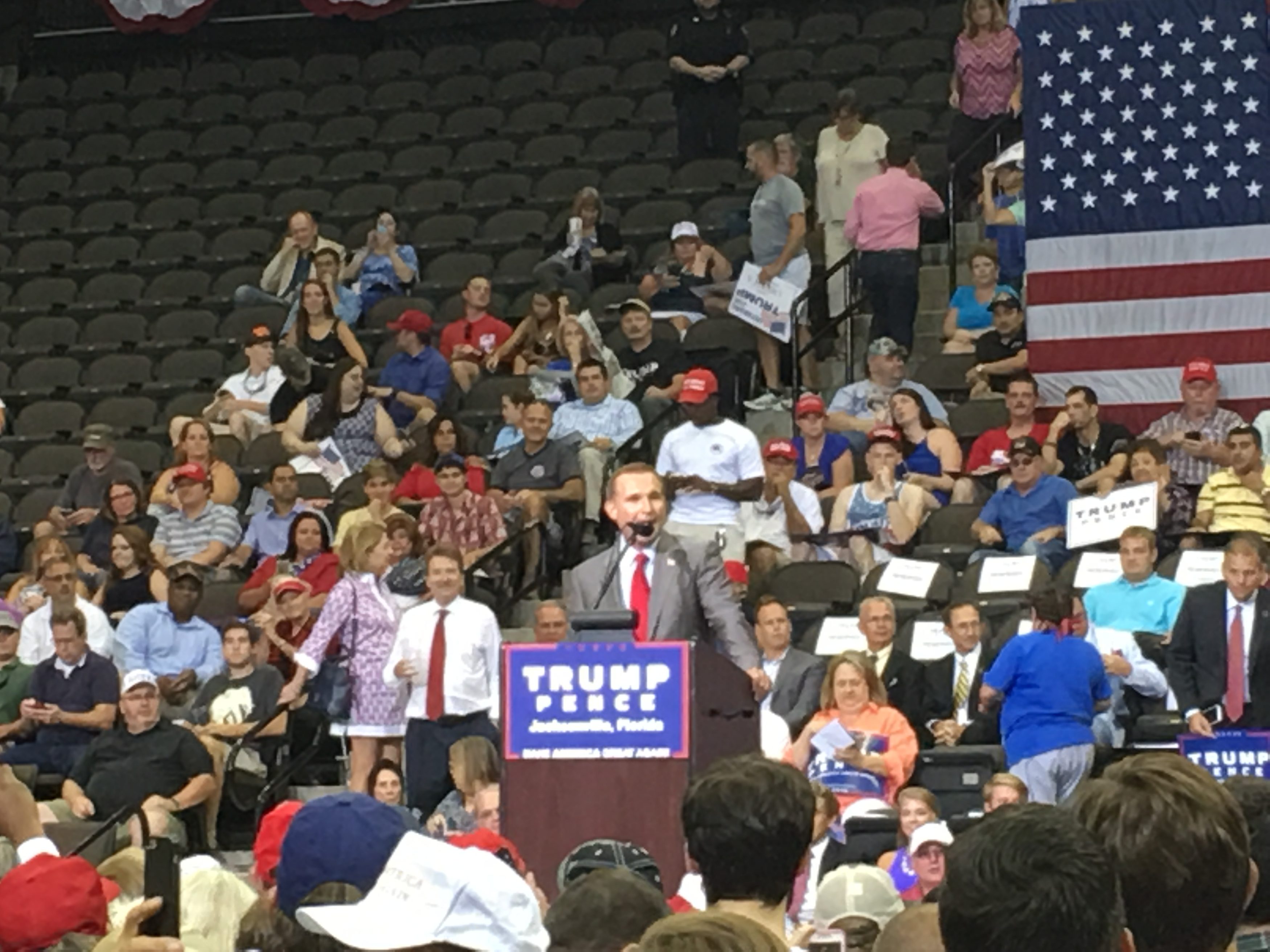 Breaking with most big city mayors that have thus far opined on President Donald Trump withdrawing from the Paris Accord: Jacksonville Mayor Lenny Curry.

“@realDonaldTrump @POTUS campaigned on American jobs, cutting regs that killed those jobs &he won.He’s doing what he said he would do. #jobs,” Curry Tweeted Thursday evening.

Curry, during a press conference Friday morning discussing summer camp funding, explained his Tweet, which he said “spoke for itself.”

“I didn’t take a specific position,” Curry said about the Paris Accord, saying his Tweet was a “general statement of support” for Trump’s actions.

Rather, Curry supports President Trump’s commitment to “American jobs.” But he did outline qualms with the agreement itself, including no obligation imposed on China until 2030, which means “13 years on the backs of American workers.”

And other European countries, Curry said, are seeing their emissions go up, even as American emission levels decrease.

The Paris Accord, Curry added, “has no teeth to it.”

We asked Jacksonville City Council President-Designate Anna Brosche her take on Curry’s Tweet on Thursday evening. She said she had “no opinion”, as she was “focused on local politics.” Democratic Councilors, such as Reggie Brown and Katrina Brown, likewise were less than specific.

One City Councilman who was willing to take a position: Curry’s fellow Republican, Councilman Jim Love.

Love, a believer in climate change, said it was “shortsighted … to pull out of the whole thing,” even as some points need revision, as “Florida will bear the brunt” of climate change.

Curry has been willing to fly in the face of seeming scientific consensus on climate change issues before.

Curry drew criticism in 2016 for leaving the Rockefeller Foundation’s 100 Resilient Cities initiative, which 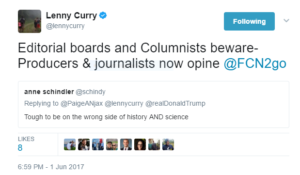 As Jacksonville deals with flooding, as it has this week, expect that at least some out there will demonstrate chagrin at Curry’s aligning with President Trump on this issue.

Curry has already exchanged banter with local media on Twitter, which he saw as editorializing on this matter.

nextTime to move forward with the Miami I-395 project, reconnect a divided Overtown