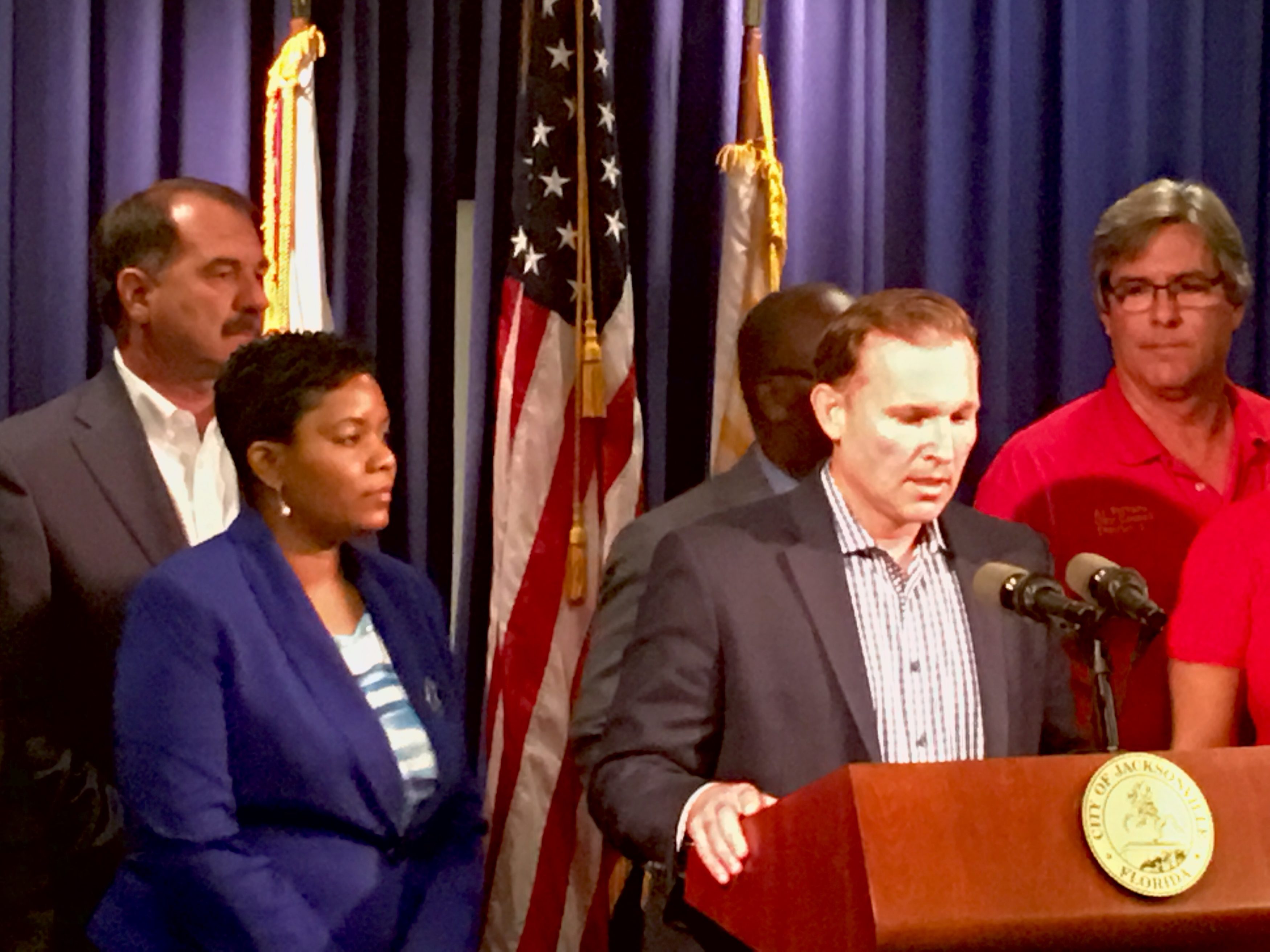 An issue among Jacksonville City Council members in recent weeks: how to get the funding needed for summer camps for at-risk  youth?

A “major announcement” was delivered by Jacksonville Mayor Lenny Curry Friday on that subject, with 24 more sites being funded (bringing the total to 72 citywide, down from 98 previously), $958,000 more being allocated, and 1,700 more kids being served than would have previously been possible.

For Curry, the matter was part of fulfilling a campaign promise of prioritizing prevention and intervention, to keep today’s at-risk kids — or as he has taken to calling them, “at hope kids” — out of the criminal justice system.

Curry was “frustrated” and  “surprised to learn of significant cuts” to per-capita camp allocations.

While the $958,000 was a “band aid,” Curry said that he would introduce reforms to ensure that this doesn’t happen again, including ensuring alignment between the Jacksonville Children’s Commission and the Jax Journey — his administration’s key anti-crime initiative.

When asked if the two could be merged, Curry said “all options are on the table,” depending on the “best interest of kids.”

How did we get here? As is often the case, it was a slow drift through various layers of administration.

In January, the Jacksonville Children’s Commission made the decision to devote finite resources to more intensive, longer summer camps, after discussions with service providers.

That decision, reports the Florida Times-Union, was made despite no plans to add more money to the pot. And a problem was created.

“When the results became public, some non-profits, including giants like Communities in Schools and the Boys & Girls Club of Northeast Florida, were left with fewer dollars than in past years and locations that once had programs were without,” the Times-Union report continued.

previousTime to move forward with the Miami I-395 project, reconnect a divided Overtown