Joe Henderson: GOP still thumb-sucking about Obamacare, but where's a real plan to fix it? 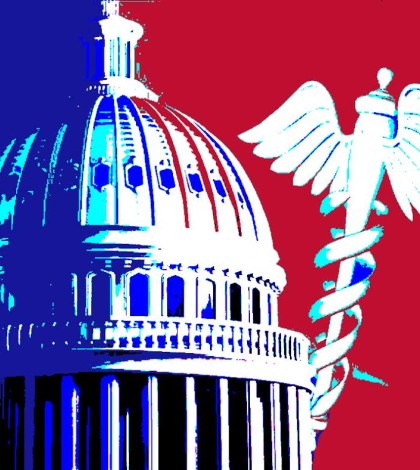 Yeah, OK. Been there, heard that.

With nothing better to say, Republican leaders sound like they’re back on the campaign trail. Judging by the responses to Ross’ tweet though, I think people know well who to blame for the health care morass. It was best summarized by one person who noted, “And, YOU are part of the problem.”

Some respondents basically told Ross and his fellow GOP lawmakers to shut up and do something about it. Others were a tad more, um … colorful.

While it wouldn’t surprise me to learn those folks were part of a Democrat-inspired Twitter response team, their point nonetheless seems reasonable. Republicans control both houses of Congress and the White House.

Yet, what Republicans served up as a replacement for Obamacare was a mess that the nonpartisan Congressional Budget Office said would leave 23 million people without coverage.

Ross voted in favor of that plan, by the way. He also issued a statement that read in part that Floridians “breathe a sigh of relief today because we fulfilled our promise to repeal and replace Obamacare.”

People are sighing, all right, but it doesn’t sound like relief. Republicans were met with a terse backlash in town hall meetings and such around the country, to which GOP lawmakers resorted to their oft-repeated mantra: Obamacare. Bad!

It’s the political equivalent of thumb-sucking.

The situation in Ohio that Ross referenced involves insurance giant Anthem, which operates Blue Cross and Blue Shield in that state. It will leave about 10,000 in 18 mostly rural counties without coverage. Previously, United Health Care and Aetna also stopped participating in Obamacare.

Donald Trump won all but seven of Ohio’s 88 counties, including each of the 18 that will be left without coverage. Another 56,000 people in Ohio who signed up with Anthem will have to find another policy.

Could this happen in Florida?

Well, let’s not wait to find out.

We get it. There are problems with Obamacare, although it can be argued that some of that is related to Republican threats to drastically reduce or eliminate subsidies. Giant companies don’t like uncertainty.

See the situation as it is now, though. Republicans are in charge and it can be argued that their promise to “repeal and replace” Obamacare with something better was a reason why they won the election.

They’ve got the “repeal” thing down.

Replace? Not so much.

It’s time for them to stop complaining and start doing what they were elected to do. And I don’t mean coming up with cockamamie plan that leaves millions without coverage. People have spoken loudly against that.

They wanted the job. They got the job.

They should do their job.