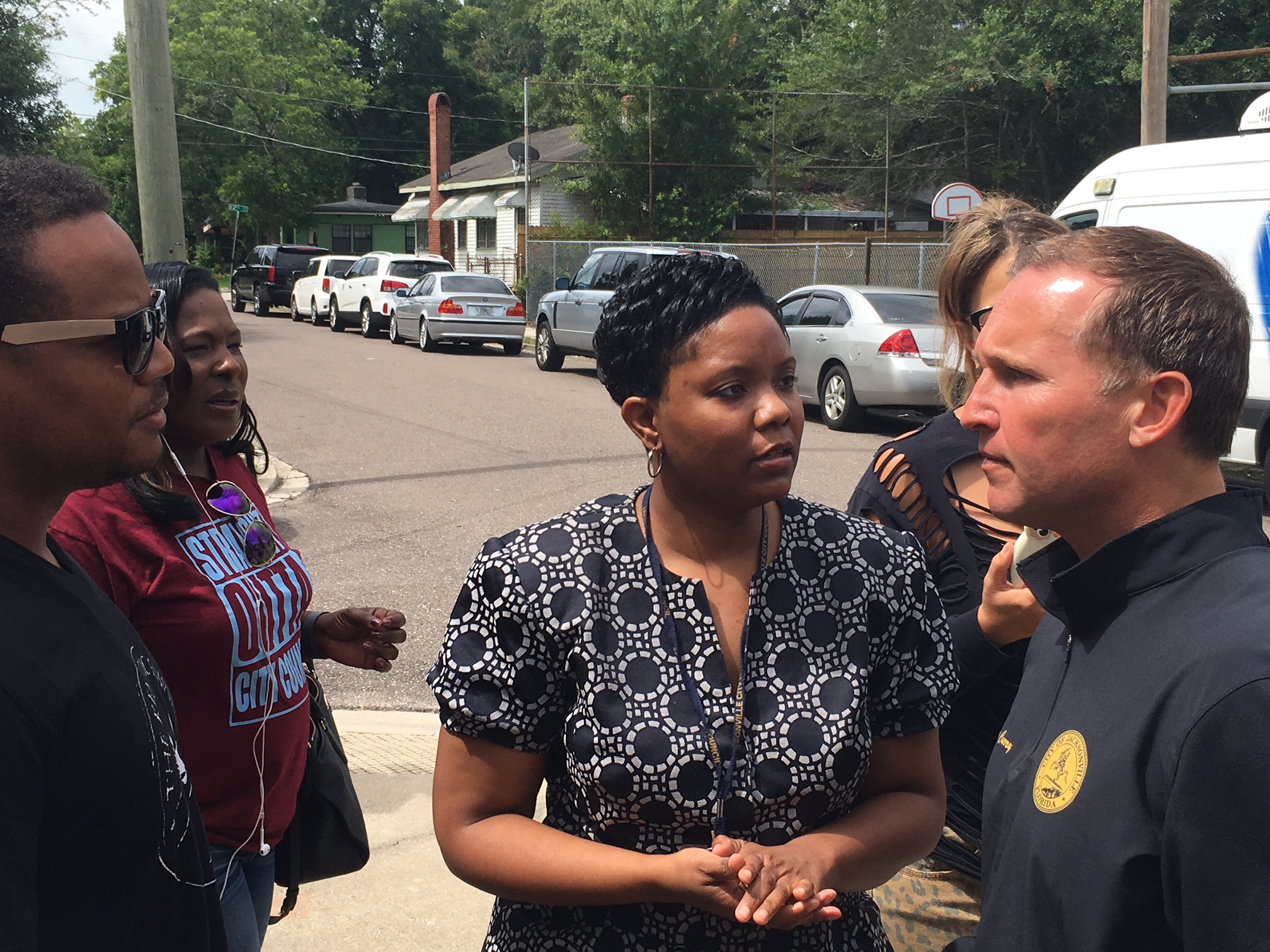 Seabrooks (generally referred to, and referred to herein, as “Diallo Sekou“), is a legit community activist  who operates an urban farm, is pivotal in the activist group The Kemetic Empire, and who also operates summer camps for youth, presents an interesting challenge for Brown – as his declaration of a candidacy suggests a real grassroots disquiet with the scandal-plagued incumbent.

A big reason for his run: while elected officials may change in the district, material conditions do not.

“The people deserve better than what’s been ‘sitting and not sitting’ in that seat,” Sekou said.

“This district is in need of serious economic development and restructuring to help create a better situation than what’s been taking place for the last 50 years,” Sekou added.

“There’s nothing being done that’s impactful or sustainable.  Her first 2 years are things the last counci person set in place, or the mayor has set forth.  District 8 cannot be seen as just ‘some area’. It is in serious need and requires a great deal of attention, and by missing half of the [City Council’s] meetings she’s showing the concern the council person has for her district.  Using personal excuses that everyone knows about in the public isn’t good enough,” Sekou added.

Sekou’s reference to missed meetings was based on a report by Action News Jax, in a tragicomic interview attempt that saw the Councilwoman dodging a reporter’s interview request by any means necessary.

Brown, a reliable vote for the city’s power structure on most issues, is expected to have backing from the police union, the fire union, the Chamber, and so on. Sekou, a community activist, knows the institutional backing of the incumbent will present challenges.

“Those unions are just a small portion of the population.  When I win it will be because the community I support, supports me back.  Not corporate sponsorships and talking heads. But the people and there is nothing stronger than them,” Sekou said.

“Let me be clear I would never look [for support from an] Fraternal Order of Police head who speaks negative against African American women and men, who attacks leadership in the press like a coward.  I stand with great cops in Jacksonville and if they are in my district I’ll seek their vote. As far as the Chamber, I would have to see what efforts they have actually put forth for District 8. I have some great friends over there but we just have to see,” Sekou said.

Sekou has offered institutional critiques of Jacksonville over the years, especially in the law enforcement forum. His call for body cameras for police was heard; his call for civilian review boards of police shootings may never be one that the police union will back.

What’s clear, however: Katrina Brown, who has maintained that adversarial questions from the press don’t need to be answered, will be compelled to answer questions from an activist on the trail that go beyond the well-reported terrain of corporate bankruptcies and city lawsuits.