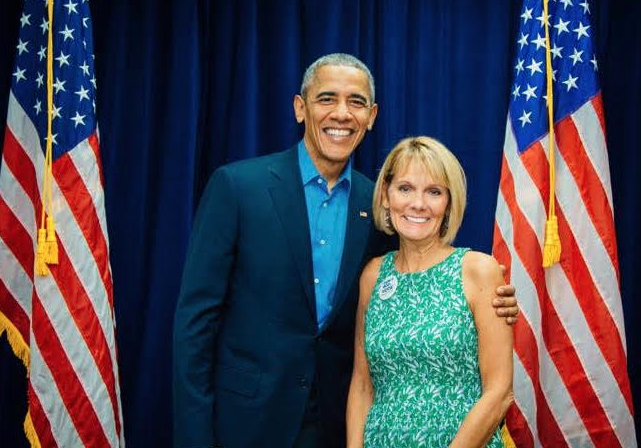 Are Osceola County and eastern Polk County ready for a determined, old-school feminist representing them in the Florida House of Representatives?

She’s bringing a wealth of Democratic Party and feminist-leadership connections to run in a district where the Democrats have a solid advantage in voter registration but haven’t seriously backed a candidate in more than a decade.

Cady is determined to change that. A former secretary and real estate agent, and then longtime mother and homemaker, she transformed the direction of her life a few years ago when she attended college, in her 50s, in New York, majoring in women’s and gender studies. She became very active in Democratic and women’s issues activism.

And after President Donald Trump won election in November, she decided she wanted to do more, with a little nudge from Democratic state Rep. John Cortes from neighboring House District 43.

“I looked and I thought, well, I know a lot of my neighbors and I know my community, and they’re very much Democrats. We do have Republicans, sure,” she said. “So why is this Republican in this seat? So I looked at the area, and the stats, and said, ‘Well, I’m going to run.’ That’s what I need to do. We need to win this seat for the Democrats, and get the Democrats out to vote.”

She and her husband Patrick Clarke had owned a home in Kissimmee since 2004 and moved there full-time in 2014, and she decided she wanted to get involved full-time in Democratic politics, particularly since Hillary Clinton was running for president.

She worked as a volunteer for the Clinton campaign, knocking on doors, hosting events. She became a Clinton delegate to the 2016 Democratic National Convention in Philadelphia. and provided lodging in her home for visiting campaign surrogates such as Emily’s List President Stephanie Schriock and former Texas state Sen. Wendy Davis.

“I met a lot of great people and formed some really solid relationships,” Cady said.

She’ll be heading to Washington D.C. next week to talk to potential consultants there.

Cady also professes a powerful streak of patriotism, borne from her upbringing as the daughter of a Navy intelligence officer who was posted around the world, including in Morocco and Cuba.

“I’ve always had a strong sense of country and being patriotic, that is just borne in me. I disagree with a lot of things government is doing, but I always believe the flag is important, and being of service to your country is just part of who I am,” she said.

“I’m inspired by a sense of believing in my country,” Cady said. “With what’s going on with Trump, I’m disappointed with what has happened with the Republican Party. I grew up Republican, with a military family, and I think I think my father would be rolling over in his rave right now if he could see what Trump is doing with those Russians.”

HD 42 takes in southern and eastern Osceola and southeastern Polk, a huge swath that includes enormous rural areas, and the city of St. Cloud, but also pieces of Kissimmee and Poinciana in Osceola and towns such as Frostproof in Polk. It is no longer dominated by the cattle and agriculture economy and old-school Florida population. It is transforming by an increasingly younger, largely Hispanic, primarily Puerto Rican population, that has flocked to bourgeoning Poinciana and Kissimmee, changing the population and political balance just in the past decade.

Today the district is 38.2 percent Democrat and 32.4 percent Republican. The 2010 census found the population was 28 percent Hispanic and 10 percent African-American, and those numbers have been expanding.

On the other hand, it’s a conservative brand of Democrat-leaning, with plenty of independent voters, and went for Trump by three points in the 2016 election.

“I think we have a shot, because this is a swing district and there is a lot of discontent, with the whole Republican agenda,” Cady said

She said she’s not ready to present a platform, and is talking to people in the community and developing her positions and priorities. Planks addressing equal rights, the low-wage economy, the area homeless problems, and support for immigrants are likely to be in it.

“I’d like to see a level playing field where everyone has the opportunity to pursuit the American Dream,” she said.