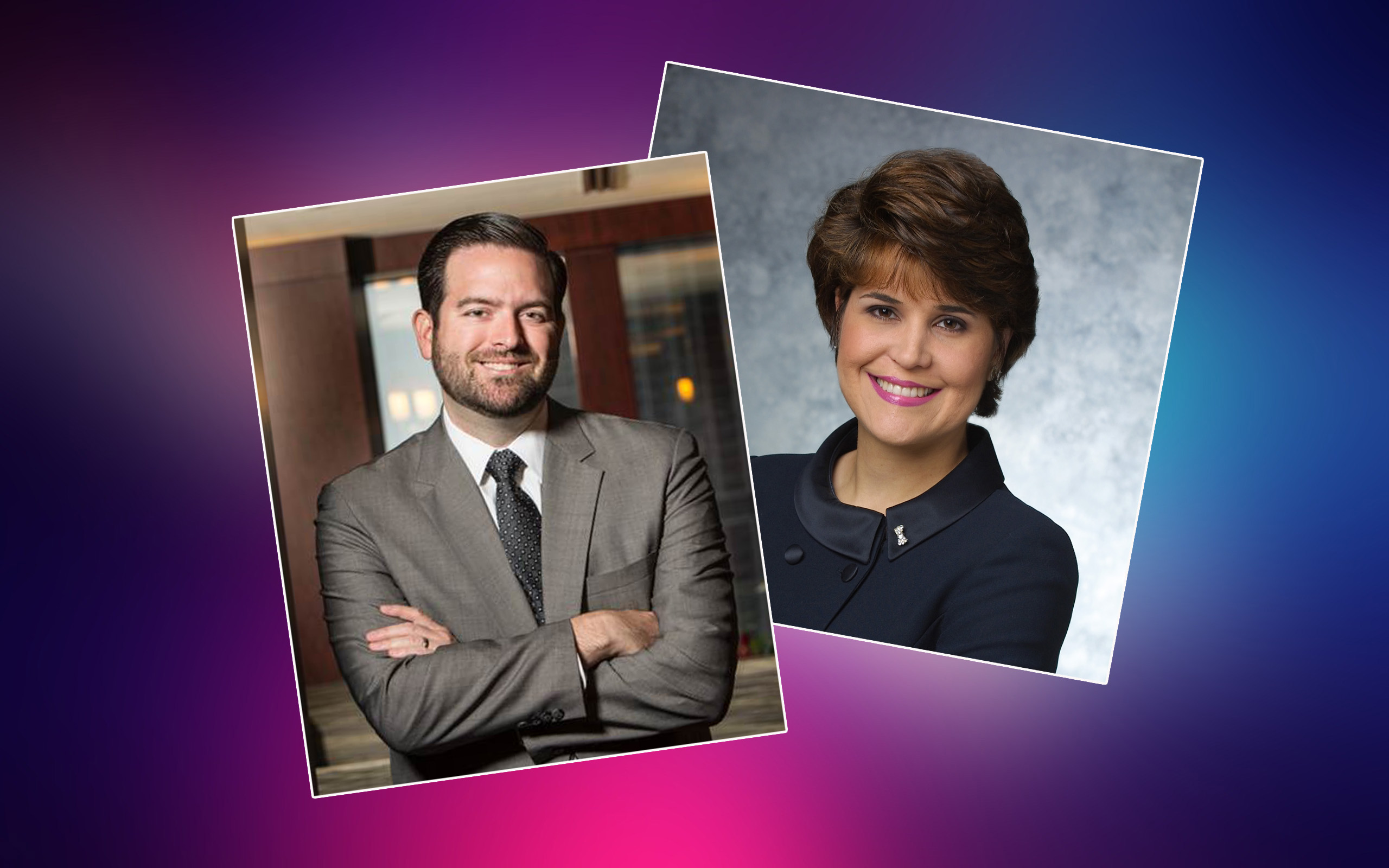 This piece is more designed for my readers who don’t live and breathe Florida politics: there is a state Senate election on Sept. 26 you should be paying attention to, a race that could be an interesting test of how the GOP’s institutional advantages measure up to Donald Trump‘s policies, favorability, Democratic enthusiasm and demographic trend lines.

Honestly, it is a race providing a real opportunity for both parties.

First, it is important to remember State Senate seats in Florida are not much smaller than congressional districts, and this one, when fully engaged in the state’s most expensive media market, will see the spending tab run well into the millions. In a typical election cycle, spending in Florida’s top state Senate races will outpace most Congressional races down here.

So, a little about the district — this is Senate District 40.

Located in Dade County, SD 40 is almost 75 percent Hispanic by census, and depending on the election, typically falls in the mid-60s Hispanic among actual voters. There is also a significant Black population, which in Dade is both African-American and Caribbean American. On its surface to an outsider, it looks like a Democratic lay-up. But keep in mind, a substantial proportion of Hispanics in Dade are Cuban, which means one key thing: a much more Republican orientation than Hispanic-dominated urban districts outside of Florida (or frankly, outside of SE Florida).

Hillary Clinton easily dispatched Donald Trump in this district, carrying it by 16 points (56-40). Like a lot of Dade County districts, some of my Democratic friends look at those Clinton numbers and say, “well that is our seat.” But the Clinton number is highly deceptive and doesn’t tell the full story. For example, Marco Rubio carried the district by 4 points (51-47), and among the precincts, this district shares with the highly competitive Congressional District 26 – roughly two-thirds of registered voters in SD 40 are also in CD 26 — Carlos Curbelo carried the district by 13 points. To show just how volatile this district can be — in those same CD 26 precincts, Clinton beat Trump by 18 points, a marginal swing of 31 points.

In the fall, Republicans carried this seat by 10 points, as then state Rep. Frank Artiles defeated then-state Sen. Dwight Bullard in an entirely new seat created by the court-mandated redistricting in 2015-16.

If you talk to Florida observers, you will get a lot of reasons why Bullard lost by this margin, but one interesting point in the data, the percentages that Bullard received are almost identical to the percentages that CD 26 Democratic nominee Joe Garcia received in the precincts that they shared. In fact, in 75 or the 92 identical precincts between the seats, the two Democrats saw their share deviate by less than 3 percent. In other words, it is fair to say that the Bullard/Garcia numbers are the Democratic floor in SD 40.

Along the same lines, the Rubio race might be a better view of the GOP ceiling in the race than either of the races above. Rubio/Patrick Murphy was more of a truly “contested” race — particularly when compared to the aforementioned state Senate and congressional campaigns. And in all honesty, Murphy still wasn’t running at the same levels as Rubio, who by and large, ran as a Miami hometown hero. The fact Rubio only won by four in this seat truly shows how much has changed in Miami-Dade County over the last decade.

This seat was destined to be a battleground seat in 2018, but the incumbent Artiles was forced to resign this spring (like most Florida political messes, it is quite a story — you can Google the details if you wish), setting up this 2017 showdown.

Tuesday’s primary left us with a general election between Republican state Rep. Jose Felix ‘Pepi’ Diaz, and Democratic businesswoman Annette Taddeo. Both have interesting Trump-era stories — Diaz was on The Apprentice, and Taddeo, a 2016 Congressional candidate, was a victim of the Russian hacking.

In full disclosure, both are friends: Taddeo was Charlie Crist‘s LG nominee (I was an adviser to Crist), and Diaz and I are both active in a nonpartisan international political exchange organization.

In their primary, Republicans chose right. Diaz is a well-liked and earnest legislator, who is generally considered to be a moderate in his party. For example, he took on many in his own party to lead the fight in Tallahassee to remove a Florida statue of a Confederate General from the U.S. Capitol, and he led an effort to expand children’s health care for immigrants. Diaz fits the mold of the type of Republican who can (and do) succeed in districts like this in South Florida.

The Democrats also chose the stronger of their two candidates. Taddeo, is an energetic and engaging candidate, who has truly lived the American Dream immigrant story — coming to America in her teens, learning English, putting herself in college, and building a very successful small business. She’s been on the ballot several times, running for Congress as a Hispanic Democrat in Dade long before that was the politically smart thing to do, but in doing so, has built a strong network among Democratic donors and activists.

In my humble view, this race comes down to basically two competing factors/questions:

Can the Democrats compete with the GOP’s financial and organizational advantages? As longtime readers know, I have been frustrated by my party’s lack of work to build a sustaining bench in Dade. One of the reasons why the GOP has been able to stem the tide down ballot in Miami-Dade is the literal talent pipeline and turnout operation that they’ve built. To this point, 3,000 more Republicans than Democrats voted in Tuesday’s primary. This is essentially a home game for the GOP, and there is a reason why the oddsmakers give home teams an edge. Along the same lines, I don’t think Taddeo can survive being outspent 2 or 3 to 1 — so whether grassroots and institutional Democrats step up to help close the money gap will go a long way to determining if the party can overcome the other factors.

The counter balance to point one is the question of Trump, and that question itself has many layers. Does Trump drive base Democratic grassroots money and vote? Does Trump’s immigration decisions drive non-Cubans out to send a message — and/or, does Trump’s decision to stop Americans from recreationally traveling to Cuba drive enthusiasm with exile-era Cubans. NPA voters in this district tend to be more Democratic than in the rest of Florida — do they show up, and if they do, does Trump drive their vote? How Trump impacts the race isn’t a clear-cut question.

Sure, there are others — Can the Dems pick apart Diaz voting record effectively enough to disqualify him as a moderate? Is there Taddeo fatigue from her previous runs? How does the national Trumpcare debate impact the macro-level politics, or more specifically, the micropolitics of a district with high enrollment in the exchanges? And the big intangible: What crazy thing will happen in DC between now and late September, and what if anything will it mean? We all know something will happen, as surely it is the only thing we can bank on!

This is going to be a fun race to watch. Like all these special elections, it can be hard to draw too many conclusions from the outcome. That said, Dems have to prove they can win seats like this if there is a hope of winning a majority in the Senate anytime in the near future. Moreover, should the Dems win, they would have reason to be optimistic that more and more of these traditionally Miami Republican Hispanic districts both in the legislature and in Congress; and on the flipside if the GOP holds on, there is reason to believe there is still a very clear road map for moderate Republicans to carve out the necessary coalition to win these trending Democratic districts.

This is why you will see both sides go all-out.

previousEmma Gisclair: Everyone can enjoy reading — if given the right book