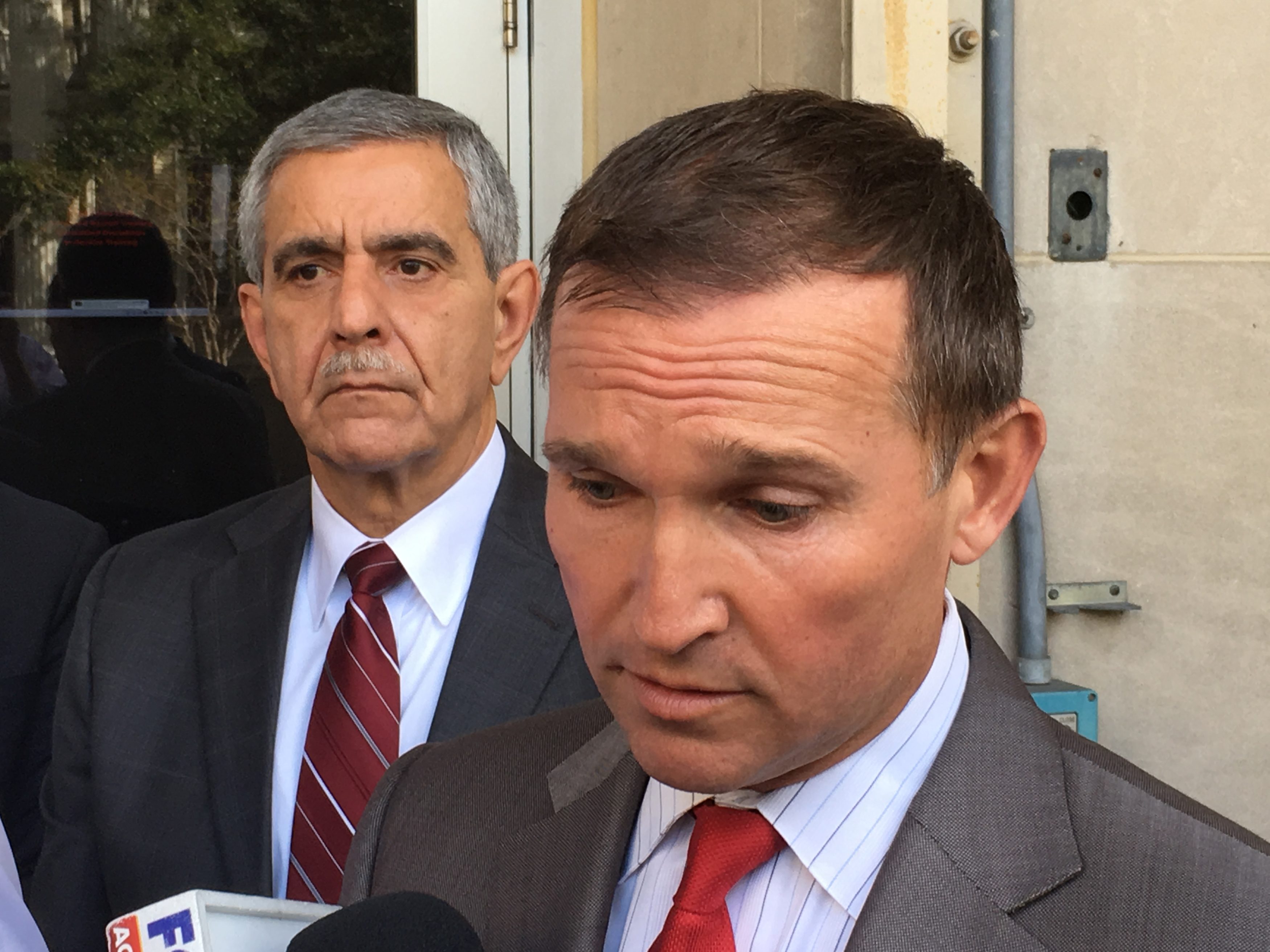 Bloomberg Intelligence strategist Eric Kazatsky offered some cautionary words about Jacksonville’s bonds this week, relevant as the city continues to attempt to improve its perception in the eyes of ratings agencies.

“Despite stable fund and cash balances,” Kazatsky writes,  “the city has been challenged by a steadily increasing fixed-cost ratio, which could put downward pressure on credit ratings and add to debt risk.”

Despite these warnings from the Bloomberg analyst, Jacksonville had a very successful bond sale just this week, according to an informed source, who asserted that $388M of orders brought in on $145M of bonds.

A remarkable condition, given the balance of the Bloomberg analysis, which asserted that despite pension reform, the $2.8B unfunded actuarial liability on the city’s defined benefit plans are still a burden … one that draws unwelcome comparisons to Chicago.

“At just under Chicago’s 34% fixed-cost ratio, Jacksonville, Florida’s ratio nearly tops the list of major U.S. cities
and calls attention to the city’s weak pension-funding levels. Between 2000 and today, the Police and Fire
Pension Fund, the city’s largest, had its funding ratio decline from 87% to 49%. The other Jacksonville pensions —
one for general employees and another for corrections officers — are funded at 64% and 45%, respectively,” Kazatsky writes.

Kazatsky also suggests that there may be better values in the muni bond market — including one that just had its own pension reform: “other AA credits that have passed recent pension reform, such as Dallas, appear much cheaper. The differential in yields between Dallas and Jacksonville is notable given that Jacksonville debt is appropriation backed (special revenue) vs. a general obligation pledge for Dallas.”

This gradualist reform, the Bloomberg analyst notes, “will cost Jacksonville almost $5 billion through 2049, via a longer reamortization of plan payments.”

Pay raises, including the 20 percent cumulative hikes for police and fire, will add to the “fixed costs” mentioned elsewhere.

“While growth in the past few years has exceeded this rate, sales-tax revenue has only just returned to pre-crisis levels. While the sales-tax assumption will be evaluated annually by officials, any downward revision would lengthen the amortization of pension payments throughout the life of the sales tax,” Kazatsky writes.

“Suggestions by officials have included using any excess sales-tax growth to pay down pension debt earlier. Given
the rush of capital-improvement projects and increased hiring after passage of the pension reforms, the ability to
use future excess payments solely for debt reduction is doubtful,” Kazatsky adds.

Despite this bearish read, Jacksonville retains optimism about the present, noting that the ratings agencies reaffirmed the city’s AA rating recently.

“All three of the rating agencies affirmed our AA stable rating within the last two weeks. These agencies, – Moody’s, S& P, and Fitch – are the recognized authorities who all of the markets look to for financial assessment of the City,” asserted Marsha Oliver on behalf of the Mayor’s office on Monday evening.

Curry’s team proposes a bump up to 6 percent this year, and the hope is to eventually boost that number to 8 percent. To that end, a proposal was made to transfer over $10M from the general fund to boost the reserve.

The measure was ultimately postponed until the end of the budget process this week, potentially striking a blow at the fiscal policy of the Lenny Curry administration.

Weinstein noted that AA- bond ratings are predicated on strong reserves, and Jacksonville is currently below AA levels in reserves.

“A 5 to 7 range [the current standard] puts us below what would normally be a AA rating,” Weinstein said, noting that an AAA rating would be predicated on 12 to 15 percent.

Jacksonville’s reserves, according to the latest analysis from the City Council Auditor’s Office, have room for expansion.

The projected operating reserve: $74.1M, or 6.47 percent of the general fund budget.

The projected emergency reserve is less: 5.69 percent of the general fund budget, $65.2M.

These projections are adjusted downward in part because of $7.5M of Q4 FY 17 spending, including $1.92M for after-school sites, $1.46M for the city’s opioid-addiction pilot program, and $1.1M in matching funds for SAFER Grants.

previousFlorida prisons no longer under lockdown