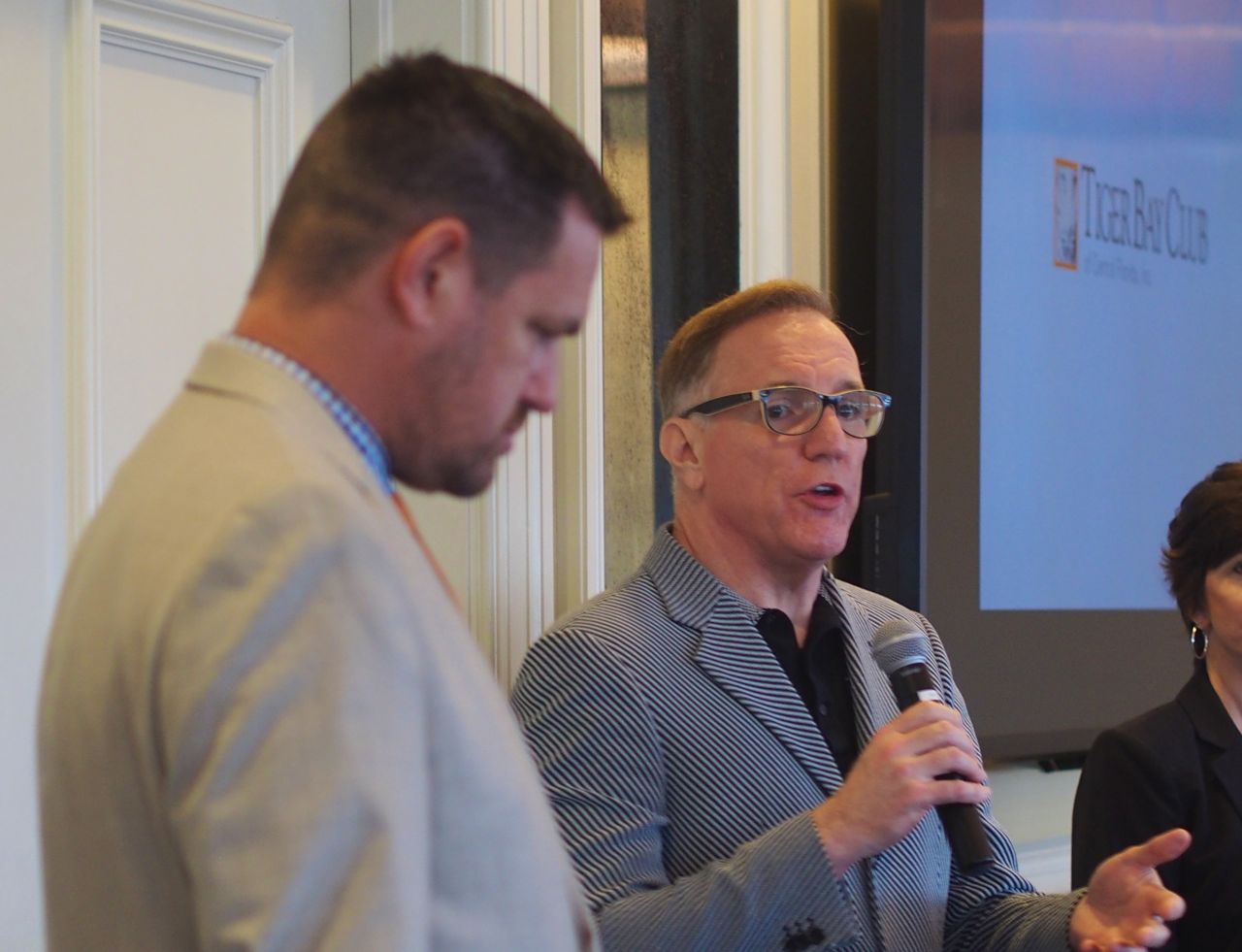 As Orange County Democrats wait for the chance to name a replacement for Paul Chandler to run in the Oct. 10 special election to fill the House District 44 seat they may yet face a challenge on that candidate’s eligibility.

On Thursday, at a forum hosted by the Tiger Bay Club of Central Florida, the chairs for the Orange County Democrats and Republicans hashed out local politics and the possibilities they face in the one current election. The HD 44 race, headed for a special election in a few weeks, is mired in uncertainty on the Democrats’ side while Republican Bobby Olszewski prepares to win the historically Republican district’s seat.

But while Democratic Chair Wes Hodge and the Democratic Executive Committee are scrambling to nominate a new candidate as soon as Chandler files his withdrawal paperwork, Republican Chair Lew Oliver hinted that there’s no certainty Republicans will stand by and allow a new name onto the ballot.

Chandler announced Tuesday he was withdrawing from the race because of “outside circumstances” created because his eligibility is being challenged by a lawsuit in Tallahassee. As of noon Thursday he still had not filed his paperwork to withdraw.

The first absentee ballots, to military voters, were set to go out this weekend, so Hodge is under pressure to have a candidate named in the next 24 hours or so. However, Orange County Supervisor of Elections Bill Cowles said there is some flexibility in when he has to get those first ballots out.

If a judge rules him to be ineligible and removes him from the ticket, Democrats will not be able to replace him. If he quits, Florida law allows that the local party can select a replacement candidate. But the race has some level of uncertainty because the lawsuit is still pending.

Oliver was asked if he would challenge the new Democratic nominee’s eligibility to be on the Oct. 10 election ballots, and replied that he personally would not, but he could not speak for Tallahassee Republican leaders.

“Honestly, I don’t know. I don’t know what the statutes say. I’ve heard several opinions. Fortunately, I don’t have to make this call. I know someone at a much higher level is going to handle it,” Oliver said. “I’m sort of guessing that the speaker of the Florida House has the resources to do whatever they need to do and go to whatever courthouse where that needs to happen. I’m not going to be part of that process.”

Spokespersons for neither Speaker Richard Corcoran nor the Republican Party of Florida were immediately available Thursday to respond.

Oliver insisted it wouldn’t matter. He expressed strong confidence that Olszewski will win the election regardless of whom the Democrats might nominate, and whether the persona actually gets on the ballot.

It’s a point Hodge strongly disagrees on. He has contended that a special election without an incumbent may be the best opportunity Democrats have for flipping a seat that, while red, has been trending toward purple.

Oliver has maintained from the moment the special election became apparent last spring when state Rep. Eric Eisnaugle resigned to take a judicial appointment that he had little worry that the Republicans would hold onto the seat. With only a few weeks of campaigning available for what he predicted will be a low- and predominantly Republican turnout, he dismissed the Democrats’ chances almost completely.

“Pick the stuff you worry about. Honestly, that is a very heavily Republican district. It’s not likely matter,” Oliver said.