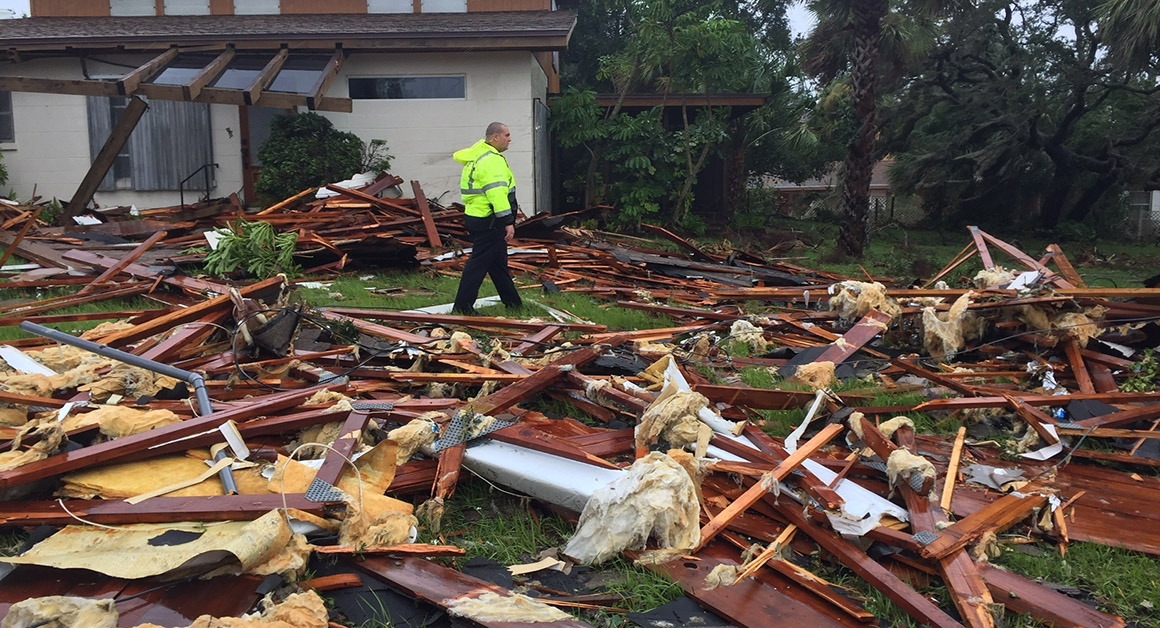 Ted Deutch tried to keep up on Irma's effects amid tornado warnings.

You probably don’t have to worry about your insurance company’s ability to pay claims arising from Hurricane Irma.

Do worry about a shortage of adjusters to help them calculate your losses. That could inflate the cost of managing claims.

Fred Karlinsky, co-chairman of the insurance regulatory and transactions practice at Greenberg Traurig, said Florida insurers can draw on robust reserves and an international reinsurance market to pay claims.

“The losses are not borne just in Florida. They’re borne in Bermuda; they’re borne in London,” Karlinsky said during an interview in Tallahassee Friday. “Those insurers retrocede reinsurance out to other people. It really is worldwide support for the state of Florida.”

On the other hand, there’s an adjuster deficit — despite the Department of Financial Services’ efforts to streamline the licensure process. “That’s just the graying workforce,” Karlinsky said.

“What we have here — no pun intended — is the perfect storm,” he said.

“You have a storm that hit Texas, in Harvey. And you have an already-stressed system in the lack of adjusters. Then you have a storm in Florida, and you see a bidding war for these adjusters. So the expenses for adjusters have gone up significantly. That, in and of itself, creates a problem for the insurance marketplace.”

Karlinsky surveyed that market one week after Irma made landfall in Florida.

As bad as the storm was, it easily could have been much worse.

“Fortunately, Irma’s path took it to the west, so it didn’t go right up the spine of the state. The physical damage was not nearly what it could have been as a category 4 coming on land in some of the more populous areas,” Karlinsky said.

“If the worst-case scenario would have happened last week, it would have been a challenging event for the marketplace and for the state,” he said. “But I can tell you, on the whole, the state fared much better than anyone had hoped. We caught some lucky breaks and we dodged a bullet.”

Florida’s insurance market has changed dramatically since Hurricane Andrew in 1992. National insurers — unwilling to weather the storm-vulnerable state’s high risk to their shareholders and other policyholders — largely have left Florida to domestic insurers.

But those in-state companies appear healthy. Insurers that might have held reserves of $10 million 10 years ago now have “$50 million, $75 million, $100 million, $200 million in surplus,” Karlinsky said.

“The CAT fund has in excess of $17 billion. Citizens has $13.3 billion. Part of that is cash on hand; part of that is reinsurance. The bottom line is, those entities have a significant amount of cash available. So I am hopeful they won’t have to go down the pay-me-later route of assessing people for Irma losses.”

Florida’s integration into a global insurance pool has a downside in a dangerous world — trouble elsewhere could consume reinsurance resources.

“When you have an extinction event for companies is when their reinsurance towers get blown away — when worldwide marketplace support is basically finished,” he said.

Still, “my sense is that either all or almost all of the companies’ losses will be within their retention or within their reinsurance towers,” he continued.

“That’s what they model for. That’s what these companies are built to survive for. They’re not built necessarily to survive multiple large storms, multiple Cat 5s. In fact, there almost isn’t enough surplus out there in the marketplace to help rebuild a direct hit to downtown Miami, that goes though Tampa, that comes up through other parts of the state. That could be a very significant effect — not only for Florida but for the United States and worldwide markets.”

Ultimately, insurance is a guessing game.

“Hope for the best, but prepare for the worst. That means to build houses up to code or better. Florida has the strongest building code in the nation. Florida is the best-equipped state to handle these types of events. Having said that, there’s a reason they’re called disasters, and there is no playbook for something like we’ve gone through here.”