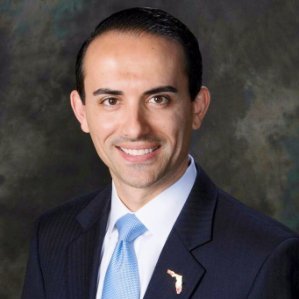 The Land O’ Lakes businessman, who filed Aug. 1, brought in $101,457 and spent only $555 leaving him comfortably over the six-figure mark in cash on hand after his first month in the race.

The campaign finance report shows 174 contributions, including 76 checks for the primary campaign maximum of $1,000.

Notable donors included future Senate President Wilton Simpson, who along with his wife, Kathryn, and a pair of his companies cut four $1,000 checks to Zika. Lobbying firm Souther Strategy Group chipped in with two $1,000 checks from a pair of its offices, and former House Speaker Will Weatherford chipped in $1,000 through his political committee, “The Committee for a Stronger Florida.”

The only expenditures for the month were fees paid to fundraising company Anedot and a small payment for checks.

Zika, 37, was born in the former Yugoslavia and emigrated to the U.S. from Kosovo in 1997. When he entered the race he said he was “the product of American exceptionalism and I, like you, am working tirelessly in pursuit of the American Dream.”

The one time Tampa Bay Business Journal “40 under 40 Up and Comer” was the fourth Republican to file for the race, and so far no Democrats or third-party candidates have opened up campaign accounts in the staunchly Republican district.

Gunter hasn’t filed his August report yet, but he should have it in by the end of the week. The deadline for campaign finance reports was originally Sept. 11, though it was extended to Sept. 22 due to Hurricane Irma.