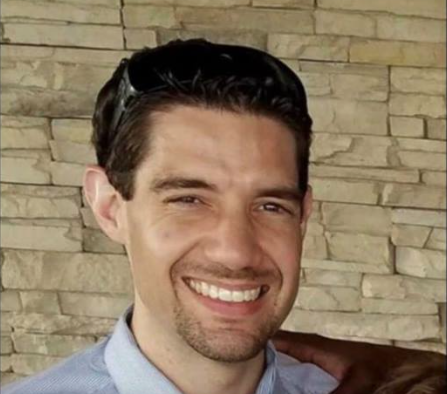 Eddy Dominguez, an executive at an employment consulting agency, has been selected by Orange County Democrats to be the replacement candidate for the upcoming House District 44 special election.

Dominguez, 37, was picked to run in place of Paul Chandler, who withdrew from the ticket on Sept. 8, though the withdrawal was not announced or officially recorded until Sept. 13 due to state offices being closed for Hurricane Irma.

Winter Garden businessman Bobby Olszewski is the Repulican candidate for the Oct. 10 special election to fill the seat vacated when former state Rep. Eric Eisnaugle resigned to take a judicial appointment in the spring. Olszewski won a primary on Aug. 15.

If Dominguez qualifies for the ballot by Wednesday, Orange County Supervisor of Elections Bill Cowles will mail notices to all absentee voters that a vote for Chandler will be recorded as a vote for Dominguez. Signs saying so also will be placed in the polling places on Oct. 10.

“I’ve always dreamt about going into politics. It’s a matter of the right opportunity. This special election came around and I very seriously considered running for it, when it was just Paul,” he said.

Since Chandler backed out, “A lot of people called me and rooted me on and said ‘Hey, you really have a chance,'” he said. “I think the key to winning is voter turnout, without a doubt.”

Dominguez was selected by acclamation Monday night by the Orange County Democratic Executive Committee, according to Chairman Wes Hodge.

Harvard educated [bachelor’s degree in government and economics,] Dominguez is executive vice president at Resource Employment Solutions, and before that was founder and chief executive officer of VR Mergers & Acquisitions in Orlando. He also has served in leadership roles for Latino Leadership, Boy Scouts of America Central Florida Council, the Santiago & Friends Family Center for Autism, and his son’s PTA. On his Facebook page, he lists his political views as “moderate.” He and his wife Holly Dominguez have two children.

One of his backers, Chuck O’Neal, called Dominguez “a bright young man who has promised to pull out all of the stops and win this district,” in a Facebook post. “I believe he is the right person for the job and a friend of Florida’s environment.”

Dominguez said the environment is a very important issue for him. He’s also interested in issues ranging from home rule to campaign fundraising, and others key to people in the district.

previousLast Call for 9.18.17 – A prime-time read of what's going down in Florida politics