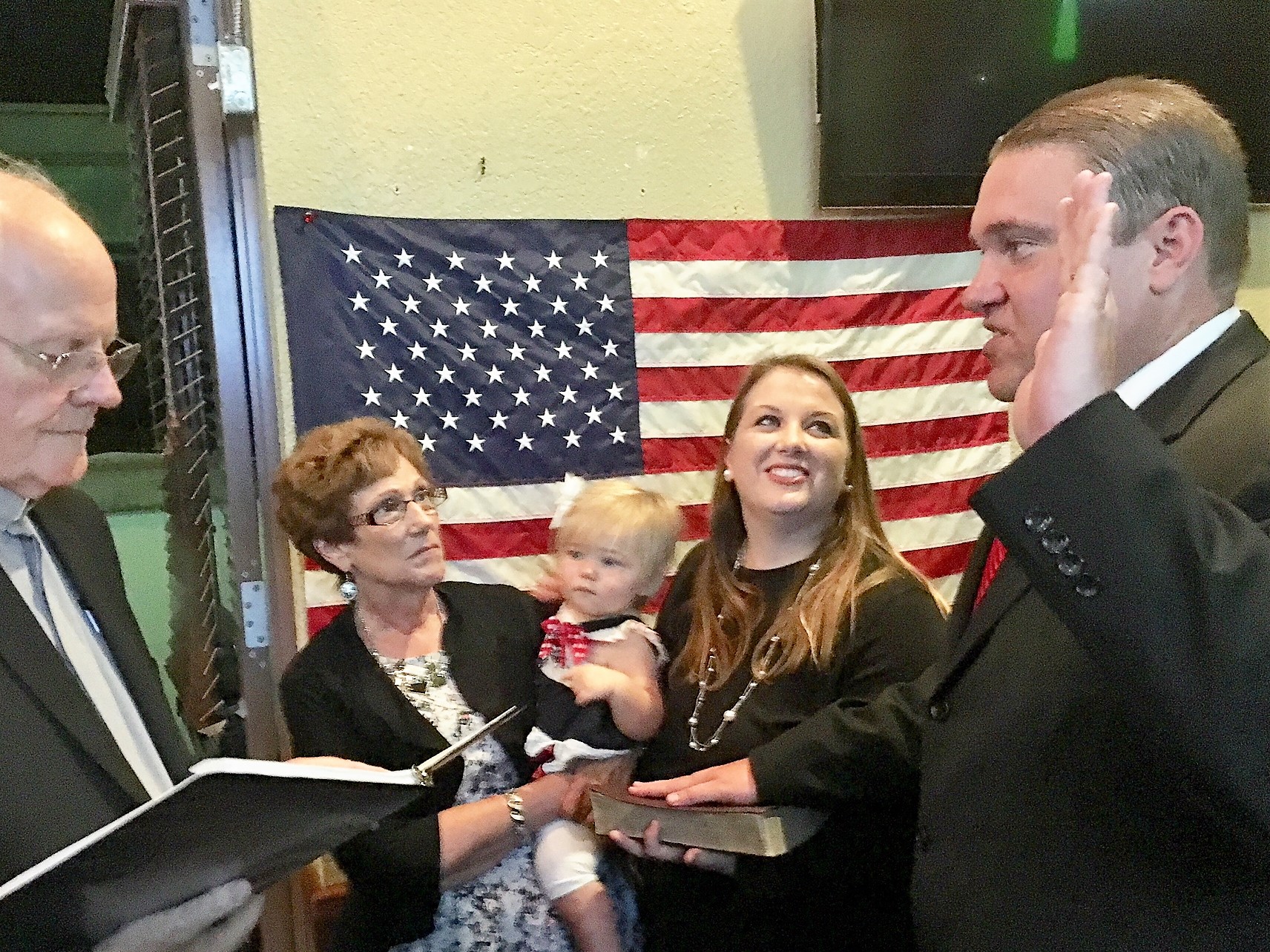 Olszewski, of Winter Garden, won by a 56-44 margin over the Democrats late-entry replacement candidate, businessman Eddy Dominguez of Dr. Phillips, in the special election to replace Republican state Rep. Eric Eisnaugle of Windermere.

“The voters said that Bobby Olszewski is the best representative to represent our hometown community here in District 44. And I couldn’t be more honored and excited to serve them up in Tallahassee,” Olszewski said.

That service will begin immediately. Olszewski got sworn in Tuesday night and said he would immediately depart for Tallahassee, where he expects to begin participating in committee action representing HD 44 starting Wednesday.

Yet the vote tally was far closer than many had expected, especially in a district that Democrats haven’t seriously competed in for more than a decade, and because Dominguez only campaigned for three weeks.

For Olszewski the victory is vindication for an anti-cronyism, conservative economics platform he has been running on for years, first as a Winter Garden city commissioner, then last year as a failed candidate for the Orange County Commission. It’s a platform that has allied him with Florida Speaker of the House Richard Corcoran.

Olszewski entered the race in April, even before Eisnaugle resigned, and has campaigned hard for four months in a district that is very similar to the Orange County Commission district he campaigned in last year, and includes most of the Winter Garden city district that elected him earlier.

“I have absolutely put my entire heart and soul into serving my hometown community. I could not do it without my wife Allison and my daughter Reagan supporting me every step of the way,” Olzewski said.

For Dominguez, the loss nonetheless reflects an impressive start for a first-timer who had barely three weeks to campaign after being appointed to replace the original Democratic nominee, Paul Chandler, who withdrew in mid-September.

Dominguez already is committing to seeking a rematch with Olszewski in the 2018 election, when Olszewski will be seeking a full term.

“We are very proud of what we were able to accomplish in barely three weeks,” Dominguez said. “We won the last day of early voting. We won election day by 4 points. I am especially proud of all the staff, the party, everyone who supported the campaign.

Chandler’s name – not Dominguez’s – appeared on all the ballots, and voters were advised that a vote for Chandler would be counted as a vote for Dominguez. With little money and name recognition he nonetheless took a bigger percentage of votes than any Democratic challenger has managed in a decade.

Just 12,477 votes were cast in the district, representing 10 percent of the voters in a district spanning much of southwest Orange County, including the city of Windermere, the large unincorporated communities of Dr. Phillips and Hunters Creek, parts of the cities of Ocoee and Winter Garden, and almost all of Orlando’s tourism corridor, including the parks and areas around Walt Disney World, Universal Orlando, SeaWorld Orlando and the International Drive corridor.