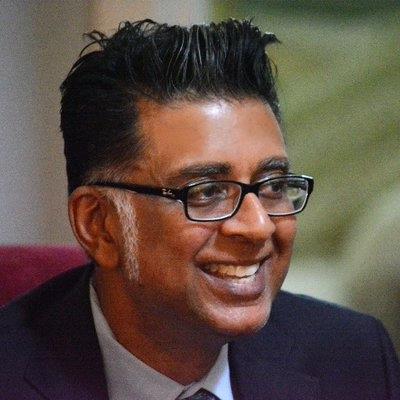 Mathew Thomas is more than familiar with cybersecurity. For the past 14 years, he has been a software developer after graduating from the University of Texas Tech with a degree in Mathematics.

Now a Democrat running against Gus Bilirakis in Florida’s 12th Congressional District, Thomas says Congress needs to pass a federal bill to prevent the potential for future hacking into our election system.

“Every year I attend the Black Hat Security Cyber in Las Vegas, and this year they had a contest among security experts and hackers that attended to actually see how fast they could hack into different electronic voting machines, and it was astonishing,” he said in a telephone interview Tuesday.

“It took within just a few minutes for even moderately skilled level hackers and cybersecurity experts to be able to penetrate these voting machines,” Thomas said. “So the security around these machines is a joke. They’re nonexistent. There are no standards.”

What’s currently in place are guidelines for local municipalities and states to select a vendor. But with many of those agencies devoid of experts in the field, it can be expensive, Thomas warns. But the electoral process is so important to the working of our democracy that it should be managed at the federal level.

The Palm Harbor-based software developer was a big Bernie Sanders fan in 2016 and wholeheartedly is behind Sanders’ push for a “Medicare for All” single-payer health care system. Thomas is dismissive of concerns that such a plan is “socialized medicine” that won’t get Republican Party support.

“Poll after poll after poll out there shows that the American public — they’re ready for this,” he said, relating a recent conversation with his Donald Trump-supporting neighbor who disdained Obamacare.

“I told my friend, why don’t we just improve and expand Medicare and open it up to those folks who need it. And you know what he said? He loved the idea,” Thomas recalled.

Thomas said he also had a chance to interact with Gus Bilirakis at one of the Republican incumbent’s town hall meetings earlier this year.

“Even Gus admits openly that Medicare is by far one of the most successful government programs ever,” he said.

But Bilirakis has been a solid supporter of every GOP attempt to repeal the ACA this year, and over the past several years.

The most important issue facing the American public in income inequality and the transfer of wealth from working class people to the “one percent,” Thomas said, noting that for most Americans, it’s just one missed paycheck or health care emergency from going bankrupt or homeless.

Citing statistics that show that an overwhelming number of new jobs are created by the part-time or “gig economy,” Thomas said the job dynamics in the country are becoming a “social crisis.”

Thomas and Robert Tager are running in the Democratic primary for the Pinellas-Pasco seat, with the winner taking on Bilirakis, who has now been in Congress for nearly 11 years since defeating Democrat Phyllis Busansky in 2006 — after Mike Bilirakis (Gus’ father) stepped out of the political limelight. It was the last time Gus Bilirakis faced a competitive race.

Not surprisingly, Thomas insists he can win the seat; his “secret weapons” will be a well-organized ground game.

“We’re breaking it down precinct by precinct, practically block by block. We’re organizing teams of volunteers, phone bankers and canvassers.”

Thomas believes he can give non-party-affiliated voters an incentive to vote Democrat in 2018. That remains to be seen, of course.