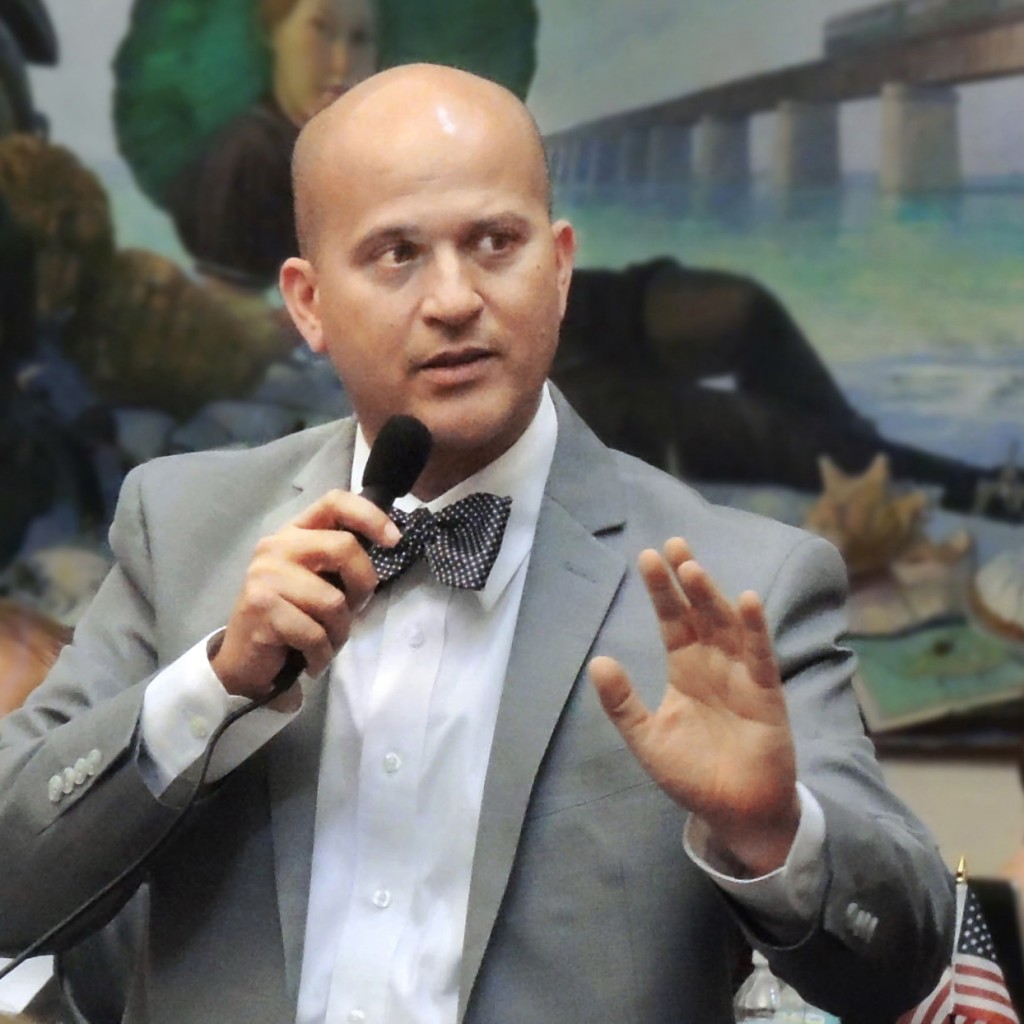 Republican State Rep. David Santiago led all Central Florida candidates for the Florida House of Representatives in October fundraising drawing in $21,000 for his re-election bid in Florida’s House District 27 in Volusia County.

Santiago, of Deltona was one of five candidates region-wide who were able to attract at least $10,000, along with two other Republican incumbents, state Reps. Randy Fine of Palm Bay, and Mike La Rosa of St. Cloud; Republican hopeful Tyler Sirois of Merritt Island; and Democratic hopeful Anna Eskamani of Orlando.

The trio of Republican incumbents with five-figure October hauls got virtually all of their campaign donations in October from political action committees, lobbyists, and corporations, almost all of it coming in $500 or $1,000 checks, a common occurrence across all incumbents’ campaign finance reports for October.

Santiago raised all $21,000 of his October bounty from PACs, corporations, or lobbyists. Fine, who is unopposed, raised $20,500 in the month for his re-election bid in House District 53 in Brevard County, all of it in checks of $500 or $1,000 from PACs, lobbyists or corporations. La Rosa, $13,515 in his re-election quest for House District 42 in Osceola County, including $515 that came from individuals.

By contrast, Eskamani raised $16.892 through 221 donations from individuals. Sirois also raised much of his October revenue of $10,130 from individuals, though his 36 contributions included some from a couple of local car dealerships, a gun store, and a gambling interest.

Eskamani’s quest to succeed Republican incumbent state Rep. Mike Miller of Winter Park continues to be the region’s hottest race. She now has raised $126,267, and spent about $25,000 of that. Her opponent Republican Stockton Reeves, a Winter Park businessman, reported raising $1,300 in the month. Including a $90,000 loan he made to open his campaign, Reeve’s campaign has about $93,000 in cash, not far behind Eskamani’s war chest total.

In HD 27, Santiago’s opponent, Democrat Tyran Basil of Deltona, reported raising $125 in October, giving him about $1,591 in total funds raised, and about $650 in the bank.

In House District 28, for a Seminole County seat being vacated by Republican incumbent state Rep. Jason Brodeur, Republican David Smith of Winter Springs continues to have the most dominant position in fundraising. He reported raising just $1,406 in October, but finished the month with about $113,000 in the bank. Fellow Republican Chris Anderson of Lake Mary reported raising no money in October, and finished with about $7,700 in the bank. Democrat Lee Mangold of Casselberry raised just $120. That left him with nearly $10,000 in the bank.

In House District 29, Republican incumbent state Rep. Scott Plakon of Longwood reported raising $8,000 in October, all through PACs, corporations, and lobbyists, giving him about $37,500 in the bank. October reports have not yet been posted for his Democratic opponent, Patrick Brandt of Longwood. Brandt started October with about $100 in the bank.

In House District 30, Republican state Rep. Bob Cortes of Altamonte Springs, who is unopposed, picked up $9,000 in October, all of it from PACs, corporations, and lobbyists. He finished the month with about $53,500 in the bank.

In House District 31, Republican incumbent state Rep. Jennifer Sullivan of Mount Dora reported raising $500 in October, giving her about $15,700 in the bank. October reports have not yet been posted for her Democratic opponent Debra Kaplan of Eustis, who had finished September with about $1,700 in the bank.

In House District 43, Democratic incumbent state Rep. John Cortes of Kissimmee, who is unopposed, raised $2,500, all from unions and corporations, giving him $19,000 in-hand.

In House District 49 Democratic incumbent state Rep. Carlos Guillermo Smith now has an opponent, Jose “Pepito” Aponte, an Orlando Republican. Smith raised $5,300 in October, with $3,000 of that coming from PACs and unions. He finished the month with about $5,800 in the bank. Aponte has not yet reported any campaign finance activity.

In House District 50, Republican incumbent state Rep. Rene Plasencia, now unopposed since his former opponent dropped out last month, collected $5,500 in October, all from PACs and corporations, giving him $76,200 raised so far, and more than $50,000 in the bank.