Joe Henderson: D.C. Goutoufas' focus is on opportunities, not obstacles 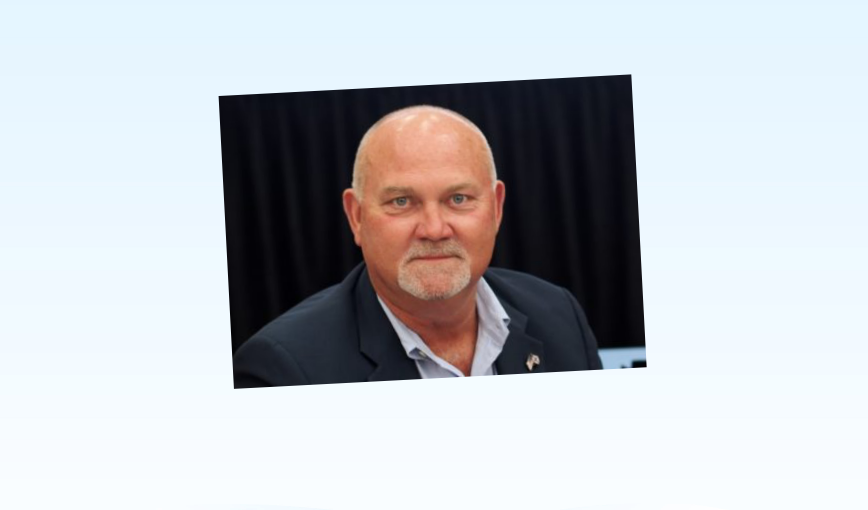 Outgoing state House member Neil Combee invoked a familiar statewide officeholder in an op-ed he submitted to the The Ledger, defending fellow Republican Josie Tomkow’s candidacy for the District 39 seat Combee is set to vacate next week.

Combee is exiting the House Nov. 24 to start a new job as Florida’s State Director of the U.S. Department of Agriculture’s Farm Service Agency.

Tomkow was the first candidate to file for the impending special election, and quickly earned Combee’s endorsement, though most reports of her candidacy latched on to her being 22 years old.

“Although I am aware she is young by time’s standard, I don’t think age should ever preclude someone from entering public service,” he wrote. “You can never be too old, or too young to want to give back to your community and help your neighbors.”

Combee then weaved a tale that many in the Polk County-based district might find a little familiar:

“Twenty-six years ago, Polk County voters sent what was then one of the youngest people ever elected to the Florida Legislature. He was 22. His accomplishments are well known.

“He rose up in leadership, defending conservative issues and values, leaving an enormous and lasting impact on everything from property rights to insurance regulation.

“When his service was done he came home and, at the age of just 26, Polk County sent him to the United States Congress. There too he was the youngest person during his tenure to serve and he quickly rose up to become a leader.”

Combee’s point was clear: “We here in Polk County have always sent leaders to the Legislature – leaders like Adam Putnam. We look beyond age and I hope we will do that yet again.”

Combee even noted his own youth when Polk County voters elected him to the county commission at 28, and echoed the sentiments from his resignation letter that there “is no greater privilege than having your neighbors send you to be their voice.”

The Auburndale Republican then reiterated his support for Tomkow.

“Now, as an older, wiser man, I can tell you I am endorsing Josie Tomkow because she is the best person for the job, period. She has the energy and passion to serve. She has the knowledge and experience to get things done for our community and her neighbors. She is the right person at the right time.”

Gov. Rick Scott has not yet announced special election dates to replace Combee, and Tomkow is currently the only candidate filed to run in the district.

HD 39 covers parts of Osceola and Polk counties, including Polk City, Auburndale, and the outskirts of Kissimmee at its eastern border and northern Lakeland along the district’s southwestern edge.

Combee’s full letter is below. 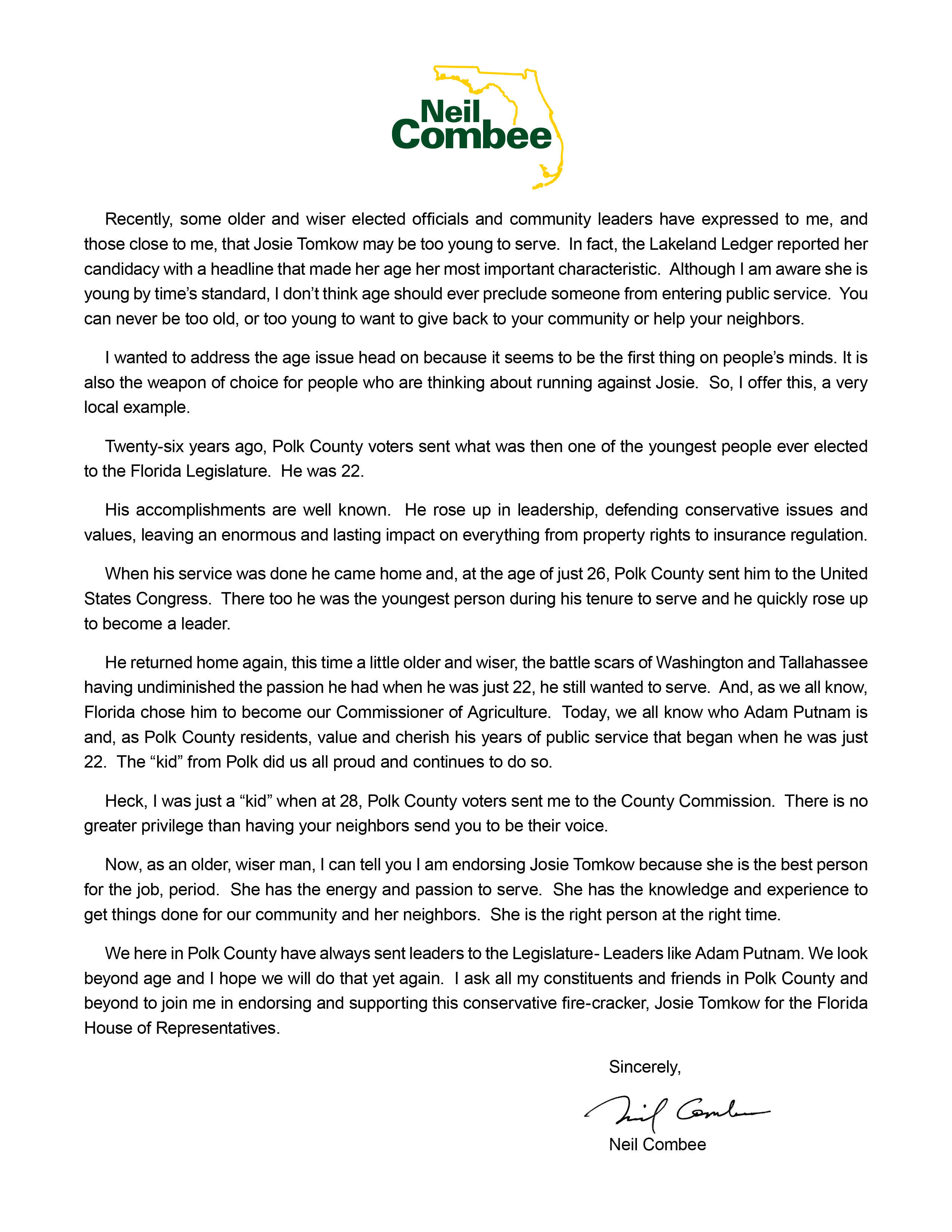