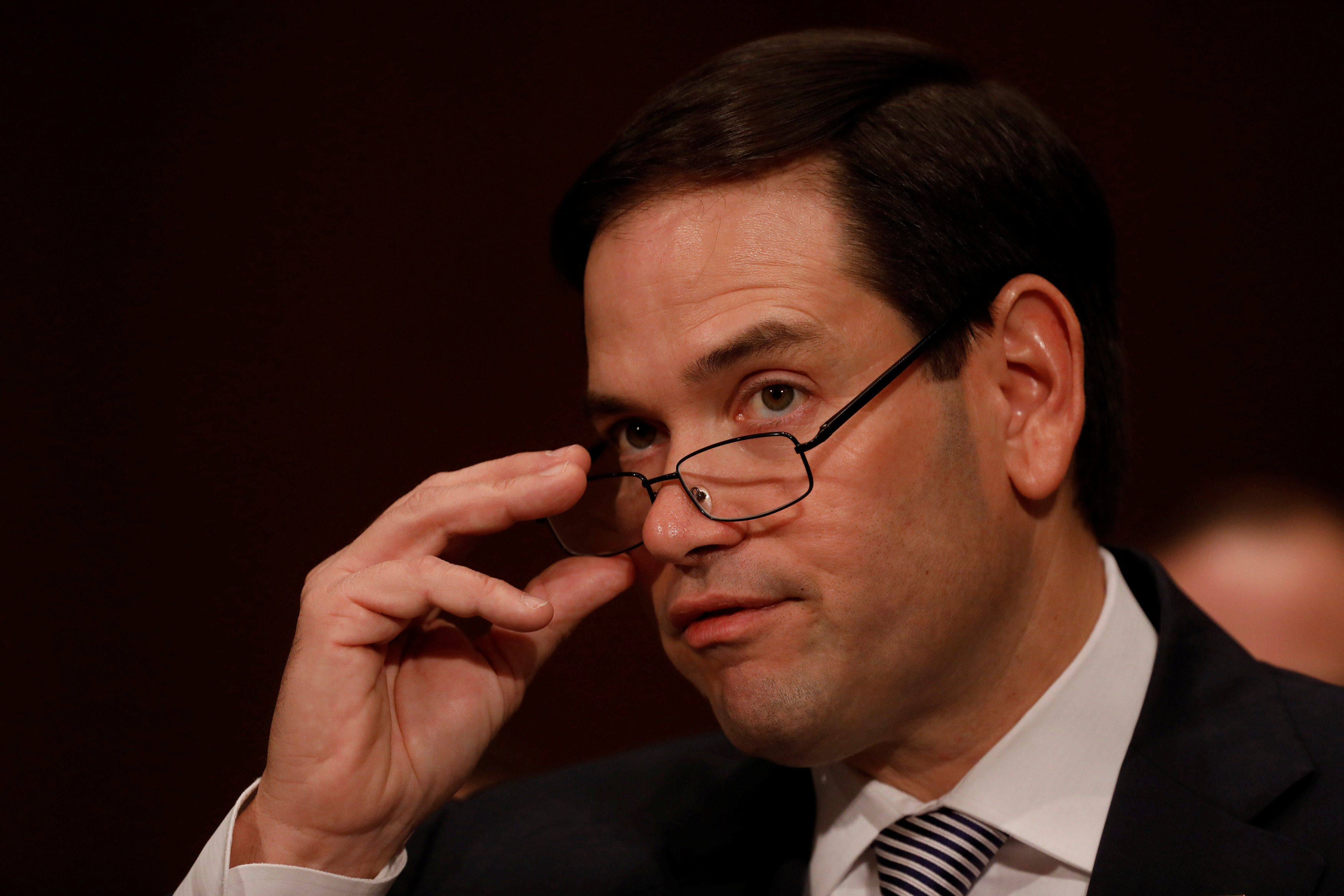 While the debate continues in Washington about tax cuts, it’s worth a trip in the Way Back Machine to revisit how U.S. Sen. Marco Rubio felt about the national debt.

To set the scene, Republicans and President Trump are pushing a tax cut plan that will add to the nearly $20 trillion deficit. Outgoing Federal Reserve Board Chairwoman Janet Yellen told the congressional Joint Economic Committee that the consequences of even passing $20 trillion “should keep people awake at night.”

$20 trillion? The debt already is projected to rise another $10 trillion in the next decade, and the tax-cut plan under consideration gives the most benefit to a handful of the richest people in America. At this rate, the national debt should have us hiding under the bed while we’re awake at night.

That brings us back to Rubio, and a January 2016 appearance recorded by C-Span, Rubio, who was still a candidate for president at the time, spoke of a looming crisis if lawmakers didn’t get the debt under control.

“Obviously, the more debt (there is), the more capital is being dedicated to debt and less is available to the private sector. But beyond that there is the specter of a debt crisis. A debt crisis is not a good thing for a country that is trying to grow (the economy). It doesn’t inspire confidence in the future,” he said.

“If nothing changes, if we continue doing things the way we are now, we will have a debt crisis. We have been insulated up to now because of the global reserve currency, because so many other places are unstable. But eventually investors – the people who loan money to America by buying our debt – are going to insist on a higher yield.

“That means higher interest rates, higher return on their loaning of money to us. When that happens, interest payments alone will trigger the debt crisis. The result will be catastrophic for the most important economy in the world.”

If the nation was approaching economic catastrophe with the debt we have, imagine what would happen if the Trump tax cuts become law and the deficit gets even larger.

So, naturally, if Rubio truly believes in the potential calamity of a debt crisis, he will vote against the tax plan, right?

Rubio has joined Republican Sen. Mike Lee of Utah in proposing reducing the corporate tax rate to 22 percent from its current 35 percent; the Trump plan would cut the rate to 20 percent. Rubio says his plan would expand the child tax credit, which is laudable. Experts say it would increase the debt, though – and it won’t pass anyway.

In that same C-Span clip, Rubio said the only way to get the debt under control is to reform Social Security and Medicare, because those are programs that spend more money than they take in.

OK, assuming the basics of this tax cut proposal don’t change all that much and the bill is passed into law, there is going to be a lot less money coming into the government than is going out.

It is a given that the wealthiest people get the biggest break in this plan. The nonpartisan Policy Tax Center estimates the richest 1 percent of Americans will receive 20 percent of the benefit while the national debt expands to unimaginable levels.

Marco Rubio is a smart man, and I’m sure he knows what this plan does. He has warned about the impact the debt will have on this country, and he is faced with a vote that could make it worse.