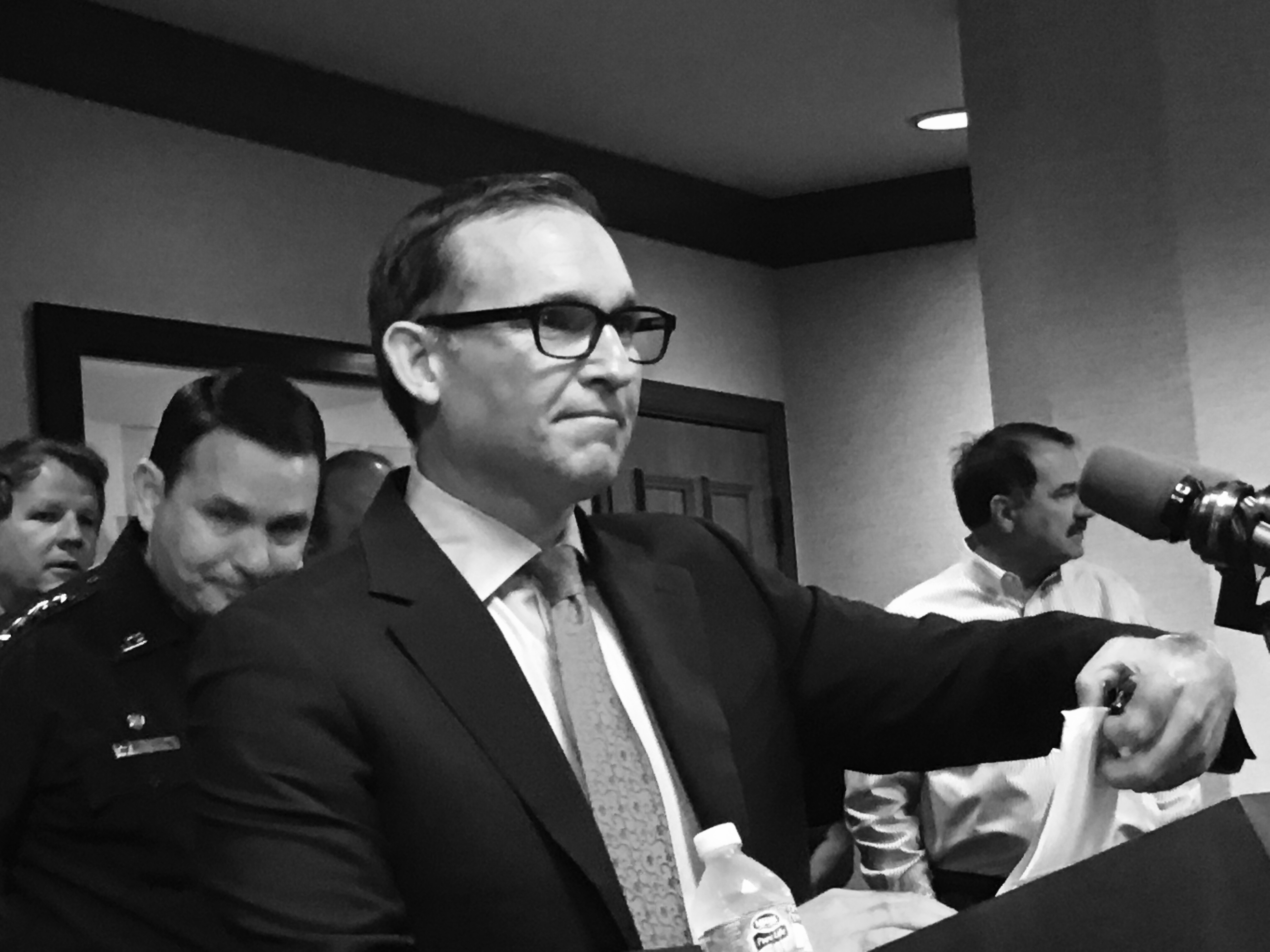 Build Something That Lasts, the political committee linked to Jacksonville Mayor Lenny Curry both spent and raised money robustly in November.

Checks cut were more interesting than deposits, which, by and large, came from the usual suspects.

Most of the money came in $25,000 checks; feeling generous was Peter Rummell, whose district development may get a little financial boost from city coffers via the Downtown Investment Authority.

Also going in for $25,000 each were former Jacksonville Jaguars owner Wayne Weaver, John Baker and local engineering firm England-Thims and Miller, which is handling much of the area’s commercial development projects.

Of course, this being the holidays, it is better to give than to receive; the committee doled out just over $64,000.

Of that, $30,000 went to the newly hired chief of staff Brian Hughes — Curry’s political adviser who was instrumental in achieving the administration’s vision over the last two and a half years — via Meteoric Media.

Hughes assumes the CoS position Jan. 2.

Reflected in this report was spending on travel to Chicago — a trip first reported in the Florida Times-Union. The committee shelled out almost $1,900 to United Airlines, with an additional $801.90 to the Park Hyatt,

A five-star hotel, the Park Hyatt is where one can “savor the ultimate downtown experience in our luxury hotel” and enjoy “sweeping views of the Chicago cityscape.” Among the amenities are Simmons Beautyrest mattresses, spalike tubs and round-the-clock room service.

November’s only campaign contributions: The House re-election campaign of Clay Yarborough and the City Council campaign of LeAnna Cumber.

Cumber, who had a gangbusters first month of fundraising ($101,000 in October), was Hughes’ client.