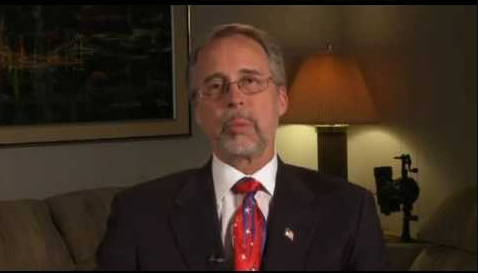 Salem raised $9,350 in his ninth month in the race, with donations from former Mayor John Peyton‘s Gate Petroleum and Rep. John Rutherford standing out. Salem has raised nearly $125,000 to his campaign account, and an additional $6,000 to his political committee; all told, he has roughly $129,000 on hand.

Bishop, who has gone to great lengths to become part of the Republican fold after a fractious campaign for mayor that ended with him endorsing Democratic incumbent Alvin Brown, spent money on event sponsorship at a local Republican event, and advertising on right-wing outlet WBOB — a move that might be anathema to his liberal supporters from that 2015 race.

A new website is in Bishop’s future, courtesy of old friends from the 2015 race: the RLS Group.

RLS was best known for sending out a preemptive “Bill Bishop for Mayor” endorsement of Brown that led to a wacky series of events that included Bishop calling the email an “operator error.”

Soon thereafter, the Brown campaign — run by out-of-state ops — hired them as “paid consultants,” though it is unclear what benefits their consulting brought.

Politics in Jacksonville is a season of second chances, however, and the RLS Group has almost $4,400 of money to play with.

Testy Pattern: When last we checked in with Earl Testy, a Republican running in Council District 14, he was mansplaining about how sexual harassment was a function of the female libido.

“They have themselves and their libidos to blame for much of their own abuse by men,” Testy posted to Facebook last week.

He raised $44 (forty-four) in November, though some of that ($5) was self-financed. He also gave himself an in-kind contribution of $12.61 for BBQ at a GOP event.

He enters December with nearly $32 on hand.

Testy has an opponent who is somewhat better capitalized: establishment favorite Randy DeFoor, who has over $81,000 on hand after raising $13,400 in November.

So far it’s Conry with the early cash lead over Boylan, the outgoing CEO of WJCT.

Among the donors is a cross-section of Jacksonville’s power structure.

Boylan has been announcing his candidacy for months, but is hamstrung from using his current role as a platform.