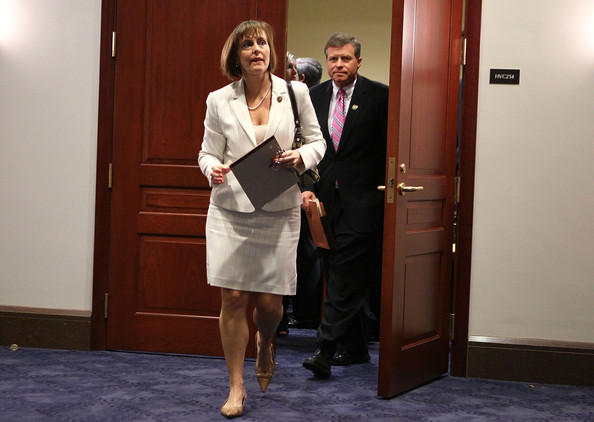 As one of only five Democrats on the joint Senate-House Tax Conference committee charged with reconciling the two GOP-passed bills, Kathy Castor is the only representative from Florida.

And like most members of her party, Castor has serious objections about the legislation, as detailed in a new letter to Texas Rep. Kevin Brady, the conference committee chair.

“The tax bill fails to ensure fairness and economic growth for America in the long term,” Castor wrote.

While realizing she is one of a handful of Democrats in the room who has the potential to reframe the proposals, Castor offered in her letter to Brady a series of suggested improvements, starting with education spending, specifically on keeping the graduate tuition waiver, student-loan interest deduction, teacher deductions and lifetime learning credit.

The House tax plan would increase taxes for graduate students by roughly 400 percent and repeal the student loan interest deduction, which allows people with student debt to save up to $625 a year.

The Senate tax bill would also cause a significant loss for recent college graduates.

An average recent college graduate makes $39,000 a year. According to the CBO’s analysis of the Senate tax plan, individuals in every tax bracket below $75,000 will experience a year in which they record a net loss — meaning they’ll pay more in taxes, experience diminished services, or both — by 2027.

“If Republicans intend to make college more expensive for students and families, the approach in the tax framework is how you do it,” the congresswoman snarked sarcastically.

She also noted that the bill should not eliminate the private activity bonds that help local communities invest in infrastructure projects. Tampa International Airport officials said that say that if those bonds were eliminated, previous plans to bond a $683 million project would cost an additional $263 million.

And she opposes the elimination of historic preservation tax credits.

“The West River project might go back on the shelf if we don’t have those tax credits,” Castor told Florida Politics Monday. “The YMCA, Metropolitan Ministries and others have relied a lot on these bond programs and tax credits. They’ve gotta be restored or else what the GOP would be doing would be kind of ripping the rug out from under a lot of our redevelopment efforts.”

Republicans claimed Monday they made progress on the bill over the weekend, but the biggest questions regarding the negotiations haven’t been worked out yet.

Though GOP leaders repeatedly affirm that the tax cuts will pay for themselves through economic growth, the Joint Committee on Taxation has said that both versions would add about $1 trillion to the deficit, even after accounting for expected growth.

A Treasury report Monday sought to assure lawmakers that the cost of the package would be more than paid for by future economic growth. It said that the Trump administration’s overall economic agenda would generate about $1.8 trillion in additional revenue over 10 years, more than offsetting the roughly $1.5 trillion cost of the tax cuts.

Nevertheless, the one-page report was widely criticized because it relied heavily on separate and as-of-yet unannounced future initiatives for infrastructure development and welfare reform.

Although proud to serve on the committee, as a Democrat, Castor acknowledged her suggestions aren’t likely to get much of a hearing from the GOP-led board.

“I haven’t seen the GOP’s willingness to work together on it,” Castor said. “It’s unfortunate, and I think folks will remember in November.”