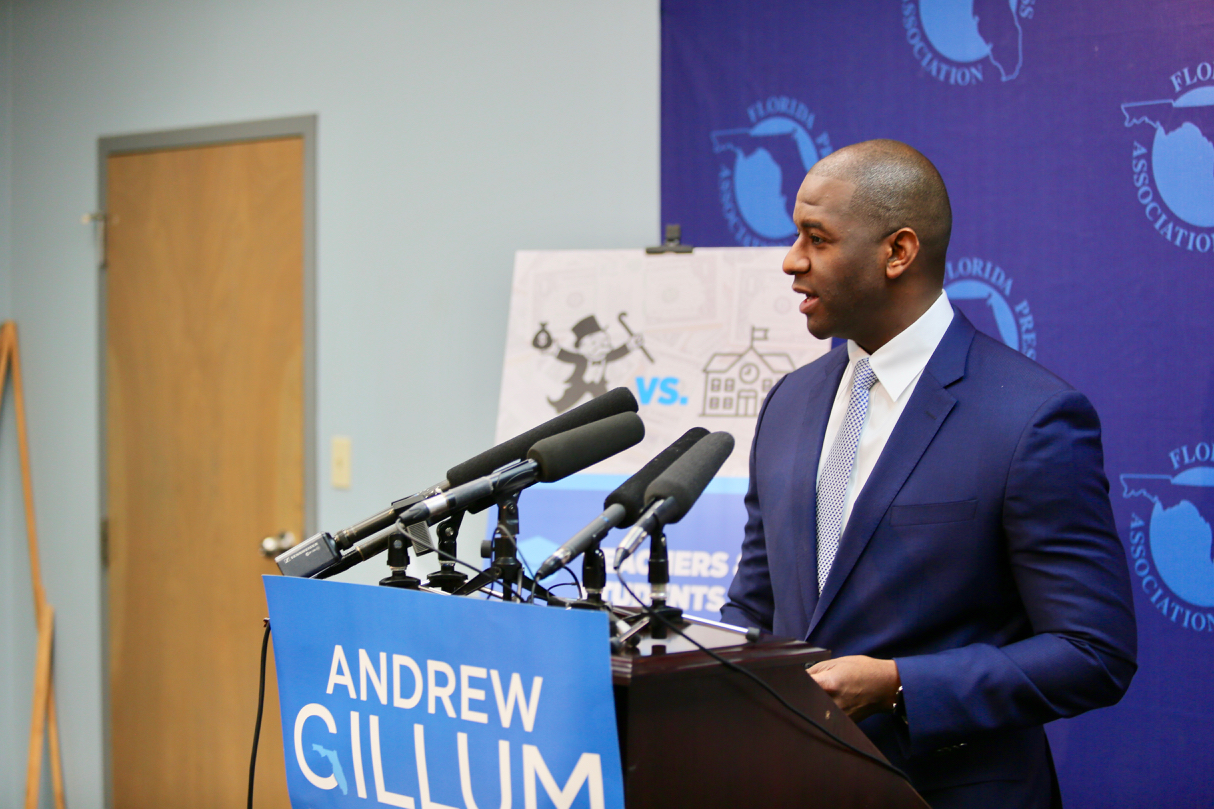 The Trump Tax Scam will put literally billions of dollars in the coffers of our richest corporations, money that would otherwise protect Social Security and Medicare, and pay for roads and bridges — just to name a few.

But we can get that money back — and put it where it matters most.

And it can happen next year — without Washington — in our states — if we fight hard for a bold proposal.

In Florida, around 90 percent of corporations already pay no state corporate income tax — those that do pay only 5.5 percent — lower than ruby red bordering conservative states Alabama and Georgia.

Florida’s 5.5 percent corporate tax will bring the state an estimated $2.4 billion in 2018—19 on taxable income of about $44.5 billion — and this doesn’t include any money from “pass-through” business that pay no corporate taxes at all, or exempted businesses, or corporations that don’t earn more than $50,000.

By that math, Republicans and Donald Trump, by cutting federal corporate taxes for the largest corporations from 35 percent to 21 percent are giving Florida corporations a $6.2 billion federal tax giveaway next year.

That’s right — our richest corporations are making off with sacks of money thanks to Donald Trump.

But this is an opportunity for Florida, and I have a couple of ideas that I’m calling the “Fair Share for Florida’s Future” Plan.

By adjusting our state corporate tax level to a modest 7.75 percent, which still allows corporations in Florida a massive tax cut and keeps our rate more than 1 percent lower than California, we will be able to recoup at least $1 billion back from the richest corporations and put it where we need it most — investing in our future.

My plan calls for rebuilding our public schools, paying teachers a minimum starting salary of $50,000, investing in early childhood education programs, and investing in SHOP 2.0 and vocational training to help get workers the training they need for higher paying jobs.

Our richest corporations will still pay billions less in taxes next year. We just ask that less than a fifth of that money go to work for Florida families.

And this is just the start of Fair Share for Florida’s Future.

If we end state loopholes that keep massive companies from organizing in a way that exempts them from paying any taxes at all — we can do even more. We can rebuild our state infrastructure. We can build world-class transportation. We can make health care more affordable and accessible than anywhere else in the world.

Right now, we can put the Trump tax cut to work in a way that works for middle-class families. These types of progressive investments are what we need — not more giveaways to the rich. But it’s only going to happen if we are bold enough to talk about it. It’s happened in Florida before.

We didn’t even have a state corporate tax until 1971.

Then a young, bold, courageous, unapologetic progressive campaigned on it, won, and then got it done with the backing of 70 percent of Floridians. And the last time the state corporate tax was adjusted was in 1984 under Gov. Bob Graham.

Together, we can do it again.

With your support, if I’m sworn in as the next Governor of Florida almost a year from now, I will work to put the Trump corporate tax giveaway to work for Florida families, through a state corporate tax adjustment package.

Trump and Republicans may have just given middle-class money away to the richest corporations, but if we want it bad enough, we can get it back in our states and put it where it should have been in the first place — our future.

Join me in supporting Fair Share for Florida’s future by sharing this post or joining our campaign at AndrewGillum.com.