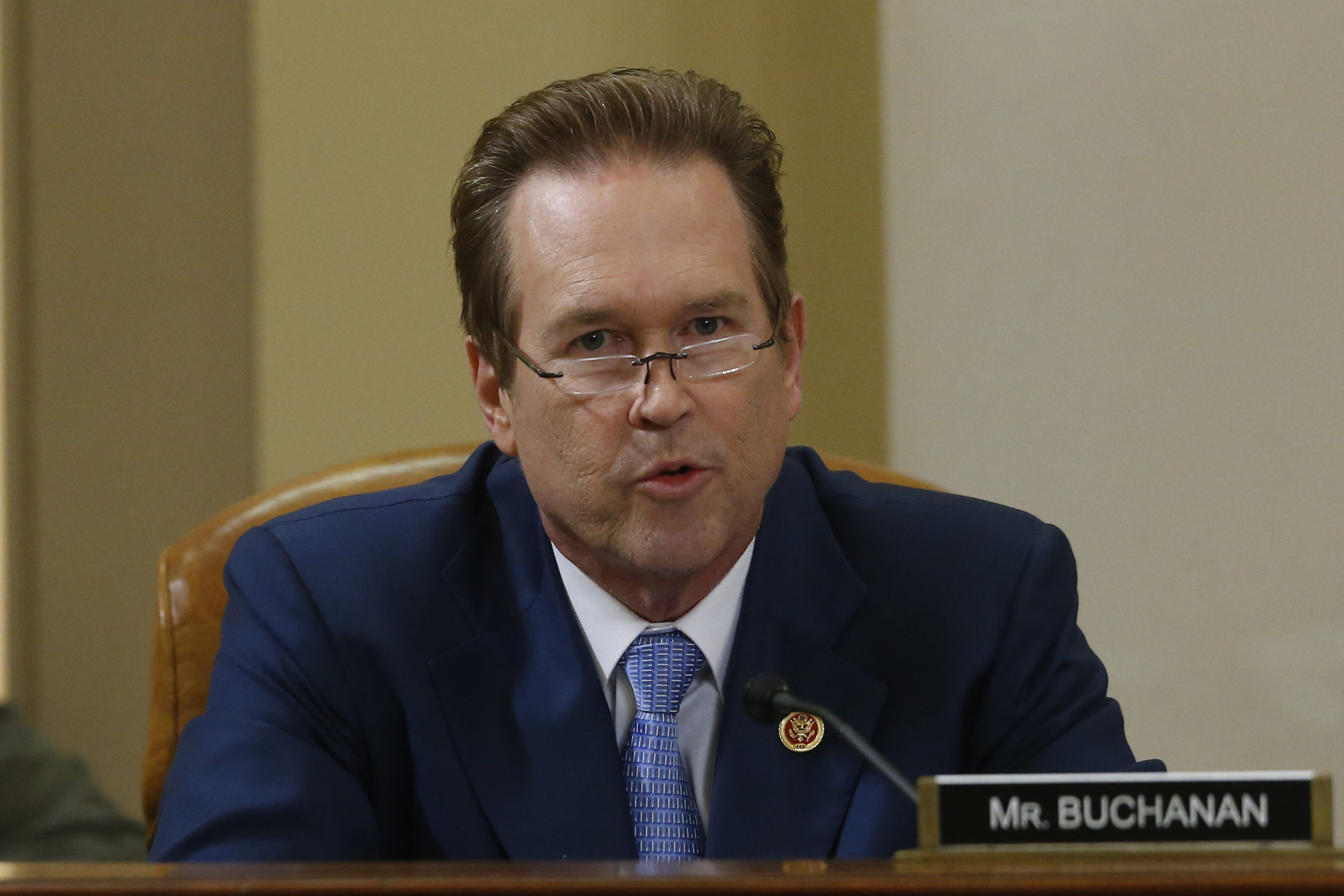 “Now is not the time to place lives and our environment at risk by lifting these important safeguards,” Buchanan wrote, adding that if the current rules were in effect in 2010, the Deepwater Horizon blowout may not have occurred.

As co-chair of Florida’s congressional delegation, Buchanan recently signed onto a letter from a bipartisan group of 21 Florida congressmen opposing any rollback of safety regulations adopted after the fatal Deepwater Horizon explosion in 2010.

“If these safeguards are so burdensome then why is the oil industry enjoying record profits,” Buchanan asked. “The U.S. is currently producing over 10 million barrels of oil per day — a level we have not reached since the 1970s, rivaling the world’s top producer, Russia.”

“Have we forgotten Deepwater Horizon so soon?” Buchanan asked.

Read the letter below:

I am writing to express strong opposition to the Bureau of Safety and Environmental Enforcement’s (BSEE) proposed revisions to the Production Safety Systems rule. I am deeply concerned that BSEE’s recent proposals will significantly weaken critical safety regulations that were adopted in the wake of the Deepwater Horizon tragedy and urge you to reject this ill-advised recommendation. I would also note that these regulations might have prevented the Deepwater Horizon spill in the first place.

As you are undoubtedly aware, in 2016 BSEE adopted these regulations over the course of several years and after significant input and engagement with the public, federal policymakers, and industry stakeholders in order to enhance the safety of offshore oil and gas drilling. Now, less than two years after implementation, BSEE has suggested severely curtailing these regulations citing “potentially unduly burdensome requirements” on oil and gas operators.

Some of the most noteworthy and egregious provisions of the proposal include:

It is not only extremely premature to back off these newly-implemented safety regulations, but it could also be catastrophic to Florida’s pristine beaches and coastal economies. In fact, according to Miyoko Sakishima, director of the oceans program at the Center for Biological Diversity, BSEE’s proposal “will put our coasts and wildlife at risk of more deadly oil spills.” Sakishima went on to say that this “isn’t just deregulation, it’s willful ignorance.”

Furthermore, experts believe we are still years, if not decades, away from fully understanding the extent of the damage from the 2010 Deepwater Horizon spill. This is made evident by many of the environmental impacts we are still seeing today, including the detection of Deepwater Horizon oil in migratory bird’s eggs 1,000 miles away in Minnesota, increased mortality rates for bottlenose dolphins and severe physical abnormalities among bluefin and yellowfin tuna populations. Many of Florida’s coastal communities are still reeling from the oil spill and additional resources are needed to help these areas fully recover. To this end, BP announced an additional $1.7 billion for cleanup costs related to the oil spill, which now totals roughly $65 billion, and the company anticipates further payments of nearly $3 billion in 2018 to aid those seeking damages.

If these safeguards are so burdensome then why is the oil industry enjoying record profits? The U.S. is currently producing over 10 million barrels of oil per day — a level we have not reached since the 1970s, rivaling the world’s top producer, Russia. The Gulf of Mexico accounted for nearly 21 percent of all U.S. crude oil production in 2017, and with that number expected to increase in 2018 and beyond, now is not the time to place lives and our environment at risk by lifting these important safeguards.

Florida’s coastal communities depend on a clean and healthy ocean and we should not jeopardize the state’s economy or environment by gambling on operations that lack adequate safeguards. While the environmental impact of the spill was immense and visible for all to see, Floridians also recall the vast economic damage done to the state, which totaled around $3 billion in lost visitor spending revenue, $182.5 million in lost sales tax, and 48,000 lost jobs. That is why I am asking you to reject any proposals to roll back regulations that were specifically adopted to address safety failures that led to the 2010 Deepwater Horizon spill.

My constituents were severely impacted by the Deepwater Horizon spill, and we strongly oppose any effort to weaken these common-sense regulations that protect against another oil spill off the coast of Florida. I urge you to reject these ill-advised proposals. Don’t weaken safety regulations for offshore oil rigs. Thank you for your time and consideration, and I look forward to your prompt response on this critically important matter.