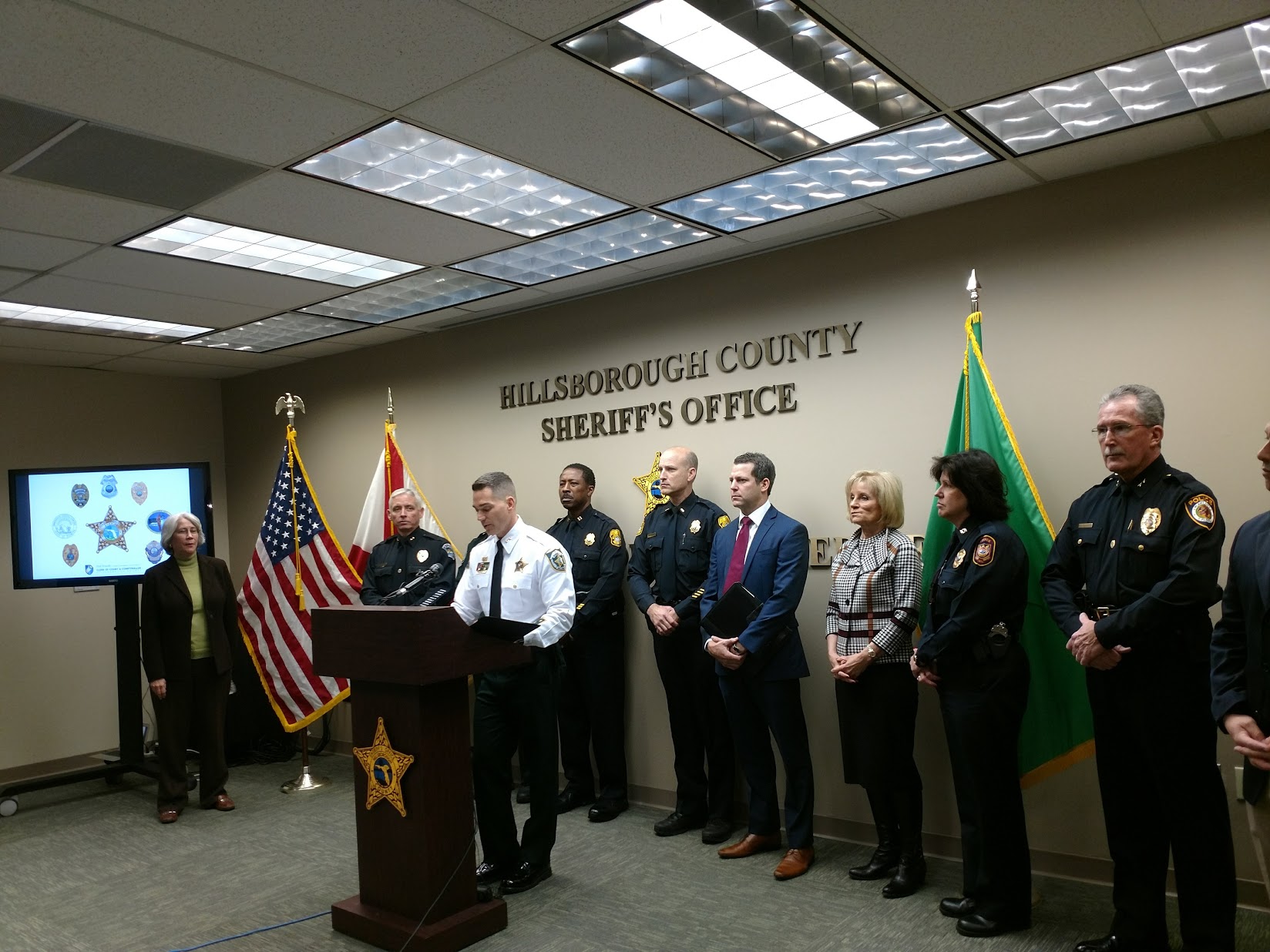 Acknowledging they’ve been behind the curve in criminal justice reform, the Hillsborough County Sheriff’s Office will soon join some of Florida’s biggest counties in offering court diversion for adults.

The move comes after the county tested a pilot program from July through December last year; 215 adults participated, with 52 percent of them successfully completed the program, resulting in no criminal record.

“The reality is people make mistakes,” said Hillsborough Sheriff Chad Chronister at a news conference Wednesday at the agency’s Ybor City headquarters. “By providing this opportunity for nonviolent misdemeanor offenses, these adults within our community will be able to maintain gainful employment, provide for their families and remain productive citizens without being saddled with a criminal record.”

In recent years, some of Florida’s biggest counties have adopted adult pre-arrest diversion programs, starting with Leon County in 2013. Pinellas began its version of ADAP in October 2016.

Yet, under former Chief David Gee, Hillsborough had been resistant, something acknowledged by State Attorney Andrew Warren.

“We took our time,” Chronister added, acknowledging that there have been questions about why the county resisted starting the program sooner.

Unlike some other programs around the state, Chronister said Hillsborough’s would be more education-based, as opposed to concentrating on having the offenders pay hefty fees. That includes programs like anger management classes, or alcohol and drug treatment, depending on the offense.

Gee surprisingly stepped down from his position last May, less than eight months after his re-election to a fourth four-year term since 2004. Chronister was immediately chosen by Gee as his immediate successor. Months later, Gov. Rick Scott officially named him the next sheriff.

Last summer, Hillsborough instituted a juvenile diversion program, as have many other counties in Florida. A proposal to make such programs mandatory for every county in the state failed in the Legislature last year.

The ADAP is available for all misdemeanor offenses — except for most violent crimes. An arrest for driving under the influence, lewd and lascivious acts, traffic offenses and disorderly intoxication are among those not eligible for diversion.

Prior traffic-related convictions (other than DUI) or juvenile convictions will not be a disqualifier.

Hillsborough County Public Defender Julianne Holt said the biggest significance will be for those who have erred will not be arrested and have to live with that mistake for the rest of their lives.

“If you’re arrested for a misdemeanor and you have your photograph taken and put out on the internet,” she said, “that’s where everything starts to go wrong for individual’s lives.”

Holt added the savings to her office will have a ripple effect, starting with a reduction in her extensive caseload.

“That will allow me to reassign misdemeanor lawyers to where we feel we should have the bulk of our work which is in felony circuit courtrooms.”

“We have less people in the jail, which means that every law enforcement officer can be out on the streets really fighting the tough, important crimes,” said Hillsborough County Commissioner Sandy Murman in extolling the virtues of the program.

In all, participants have completed nearly 24,874 community service hours and paid $17,553 in restitution, according to the Tampa Bay Times.

Chronister said misdemeanor possession of marijuana was the top offense in the six-month pilot program that ended last month. Shoplifting was a close second.