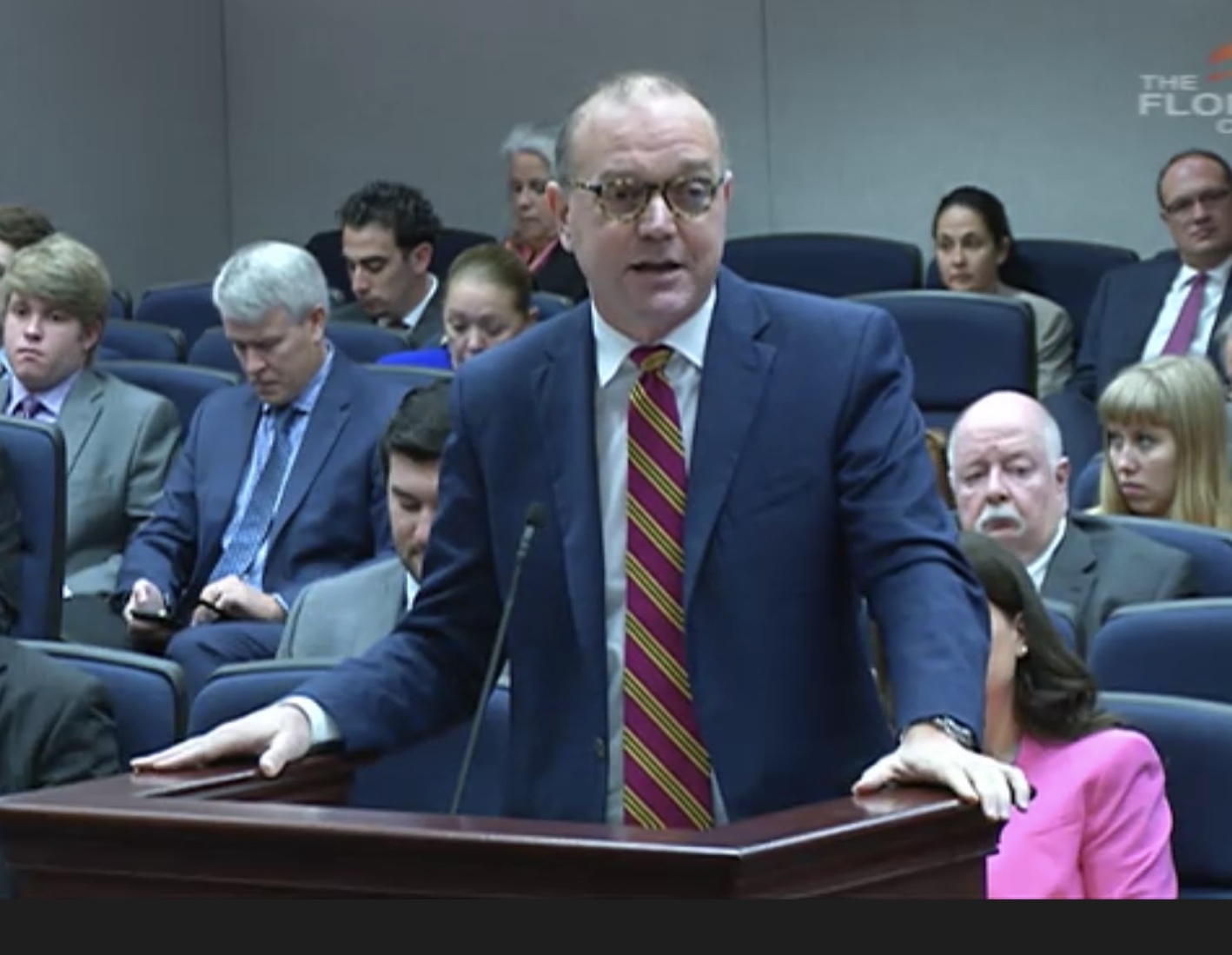 One argument in the debate over repeal of Florida’s no-fault auto insurance system isn’t finding much love in the Legislature — that the real key to lower premiums is reform of the legal rules governing coverage disputes that do land in court.

People injured by covered motorists can resort to the tort system if carriers treat them in bad faith — say, by refusing legitimate claims or dallying in replying to demands. Carriers and other advocates argue plaintiffs’ attorneys abuse the system to win recoveries above stated policy limits.

Neither HB 19 by Vero Beach Republican Erin Grall  nor SB 150 by Brandon Republican Tom Lee would do that. This story summarizes the legislation.

We sat down with William Large, president of the Justice Reform Institute, which advocates for tort reform, to discuss the situation. The remarks below have been edited for length and clarity.

Large: It’s a bad idea in its current form. You cannot reform PIP without doing something essential. And that is reforming our third-party bad-faith litigation regime. Since both the House bill and the Senate bill don’t have third-party bad faith reforms, it’s currently a bad idea. In addition, the Senate version has a medical pay provision, which is basically PIP 2.0. So when you combine those two factors, you have really bad idea.

Large: PIP was developed back in the 1970s here in Florida. It was a no-fault system, whereby, if there were an accident, there would be coverage provided to those individuals. The founder of the PIP system later realized there was a mistake, because you saw litigation over low-dollar amounts while an attorney was making a fee fighting over these low-dollar amounts. It was akin to the problems you see with workers’ compensation litigation.

If we were to remove PIP completely and replace it with a mandatory medical payment system, it’s going to be very similar to the old PIP regime. You’ll see litigation over low-dollar amounts, and you’ll see high attorney fee awards fighting over those low-dollar amounts.

FP: They’re in county court because of the dollar amounts?

Large: Yes, the jurisdictional limits. There’s a rift in the Florida Justice Association — the trial lawyers — between the traditional PIP attorneys and those attorneys who want to go to mandatory bodily injury coverage. They really want to bring third-party bad-faith cases. And that’s exactly what they’ll do if this law passes without third-party bad-faith reform. What they have done is thrown the PIP county court practitioners under the bus.

FP: Are you concerned about the medical coverage mandate?

Large: Yes, because med pay brings both bad things together. It’s basically PIP all over again, without the 30-some-odd years’ case law. It’s going to be fighting over low-dollar amounts on an hourly rate. You’ll have PIP 2.0, no bad-faith reform, and you’ll see a plethora of lawsuits. Any reform can’t have med pay in it, and you need to have third-party bad-faith reform to be successful.

FP: The one-way fee provision (under which insurers are obliged to pay policyholders’ costs of litigating coverage disputes) applies in this instance?

FP: So what does third-party bad-faith reform look like?

Large: One is an objective measure of time, such as 45 days, before a insurer can be held in bad faith. Two, a mandate that the third-party plaintiffs and their attorneys act in good faith in handling the claim. And No. 3 is interpleader reform (clarifying apportionment of payments between, say, four people, with diverging injuries and medical costs, hurt by a covered driver). Any PIP repeal bill has to have those three elements, and can’t include a med pay provision.

FP: What are you hearing about the likelihood that the reforms you’re talking about are going to happen?

Large: It’s a difficult road ahead of us. We’ve made our position known at every committee stop and we’ve asked the sponsors to include that. As of this date, that hasn’t happened.

Large: Seemingly that the trial bar does not want third-party bad-faith reform, and they have advocated against it. It’s a powerful stakeholder group.

Large: What’s next is continuing to advocate. I think it’s also important to point out that the Property Casualty Insurers Association of America came out with a study that shows if you go to a mandatory bodily injury system, it’s going to be a cost driver for a lot of individuals. (Details of that study here.)

FP: Do you consider that report credible?

Large: I consider it very credible. It’s well documented, the analysis is solid, and a lot of time was spent analyzing the issues concerned with both PIP and third-party bad-faith language. There would be a 5.3 percent or $67 dollar increase for the average driver who purchases many but not all of the available auto insurance coverage, a 7.2 percent or $105 dollar increase to drivers who purchase all coverages, and a 50.1 percent or $230 increase to drivers who purchase minimum mandatory limits post HB 19. For a working family of four trying to get by, this is going to be a cost driver.

FP: Did the report have much effect on what the Legislature seems likely to do?

Large: The report just came out. I hope it does cause the policymakers in the Legislative branch to see that this will be a cost driver for insurance premiums for all Floridians — and in particular for Floridians who buy the minimum coverage requirements.

I’ve spoken to Rep. Grall and Sen. Lee about this subject. Their thinking is that these are two separate and distinct concepts that are unrelated. They think third-party bad-faith reform is a separate subject that they want to leave for another day.

FP: That would be a mistake?

Large: Yes. They are completely interrelated. If you’re going to get rid of PIP, you need third-party bad-faith reform and you can’t include a medical payments provision.