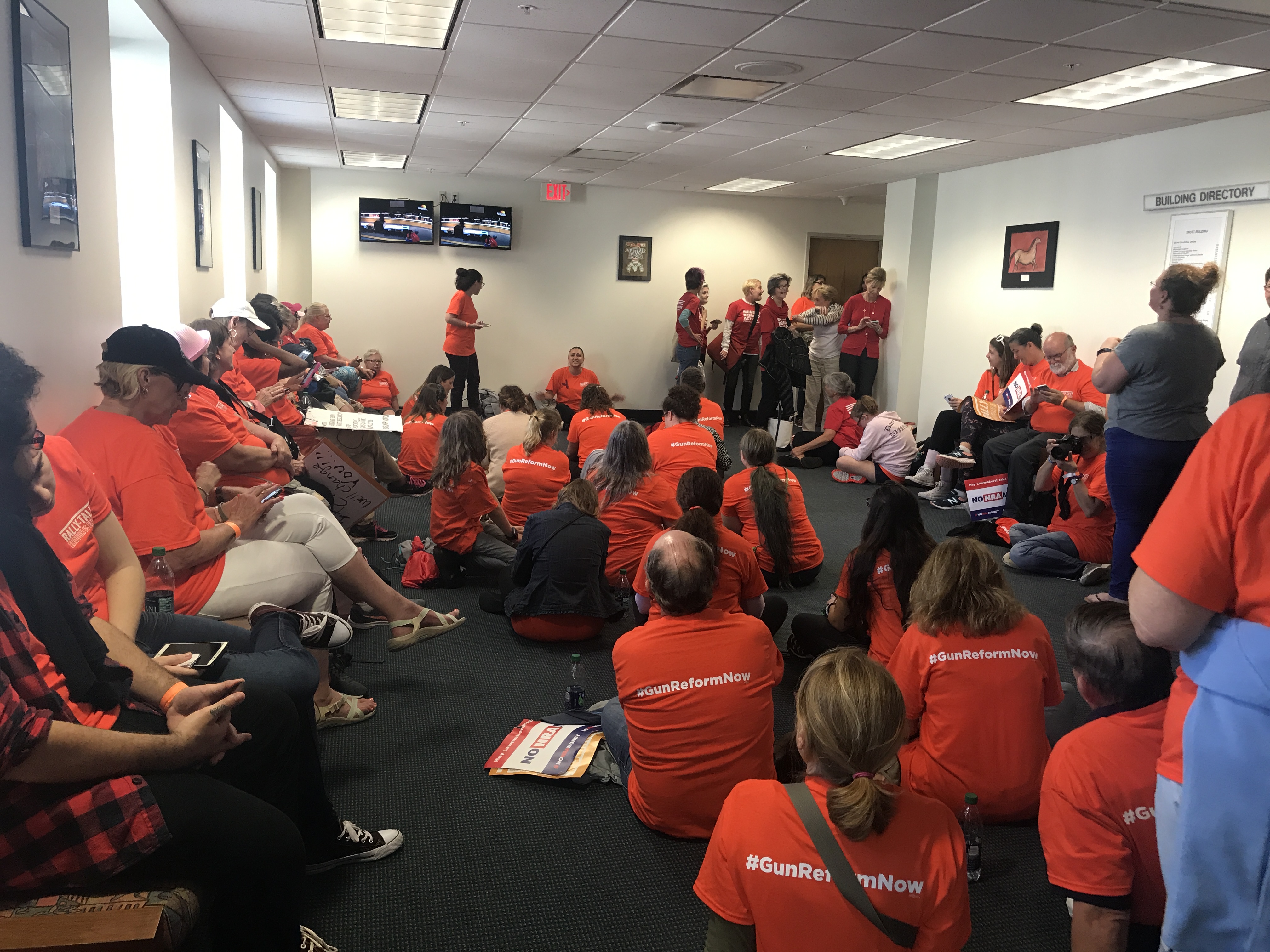 In a sense, students of Marjory Stoneman Douglas are the real "winners" in the 2018 Session.

Following a chaotic and emotional two-hour debate at the Senate Rules Committee on Monday, dozens of gun control advocates left the meeting angry and disappointed when senators voted down a ban on assault weapons.

“Vote them out! Vote them out!” protesters chanted after Senate Rules Chair Lizbeth Benacquisto announced the failure of on an amendment filed by Sen. Jose Javier Rodriguez that would have barred the sale and transfer of all assault weapons in the state.

Sen. Anitere Flores was the only Republican who voted with Democrats in support of the ban. Republicans on the panel did not debate their reasons for voting against the ban of weapons such as the AR-15 rifle, which 19-year-old Nikolas Cruz used to gun down 16 of his classmates and two of his teachers at a Parkland high school.

NRA lobbyist Marion Hammer and Eric Friday, the president of Florida Carry, did go before the panel to express their opposition though, arguing that it would punish “law-abiding citizens” for the actions of “one criminal.”

“They don’t like how a criminal used the weapon,” Friday said in reference to the protesters, “but that’s not how they are widely used.”

“It is time for the Legislature to realize this is an attempt to punish law-abiding citizens for the actions of one citizen,” he said.

The assault weapon ban amendment was one of several amendments filed by Democrats that were batted out of a Senate package that would have a wide range of impact on school safety, gun regulations and mental health services in the state.

The Senate package is similar to the one proposed in the House, and would allow for local government to choose whether to arm their teachers with weapons and train them to respond in case of an active shooting on campus.

The package passed the Senate Rules Committee on a 9-4 vote, with Democratic Sens. Lauren Book and Bill Montford voting with Republicans.

Parkland Mayor Christine Hunschofsky told senators that it was not a “perfect bill,” but that at least it was action by the Republican-controlled Florida Legislature, which has for years been against passing gun control measures. This package includes provisions to raise the legal age to purchase an assault weapon to 21 years old and a three-day waiting period for gun purchases.

Senate Minority Leader Oscar Braynon said he could not vote for the package because the “marshal program” that would give guns to trained teachers was a “step too far.”

“I cannot support a bill that puts guns in the hands of the people that are supposed to be educating,” Braynon said.

The package now heads to the Appropriations Committee for its final stop before it can hit the Senate floor.

Senate President-designate Bill Galvano said an appropriations amendment will be ready Tuesday that will explain how the proposal, with a $400 million price tag, will be paid.