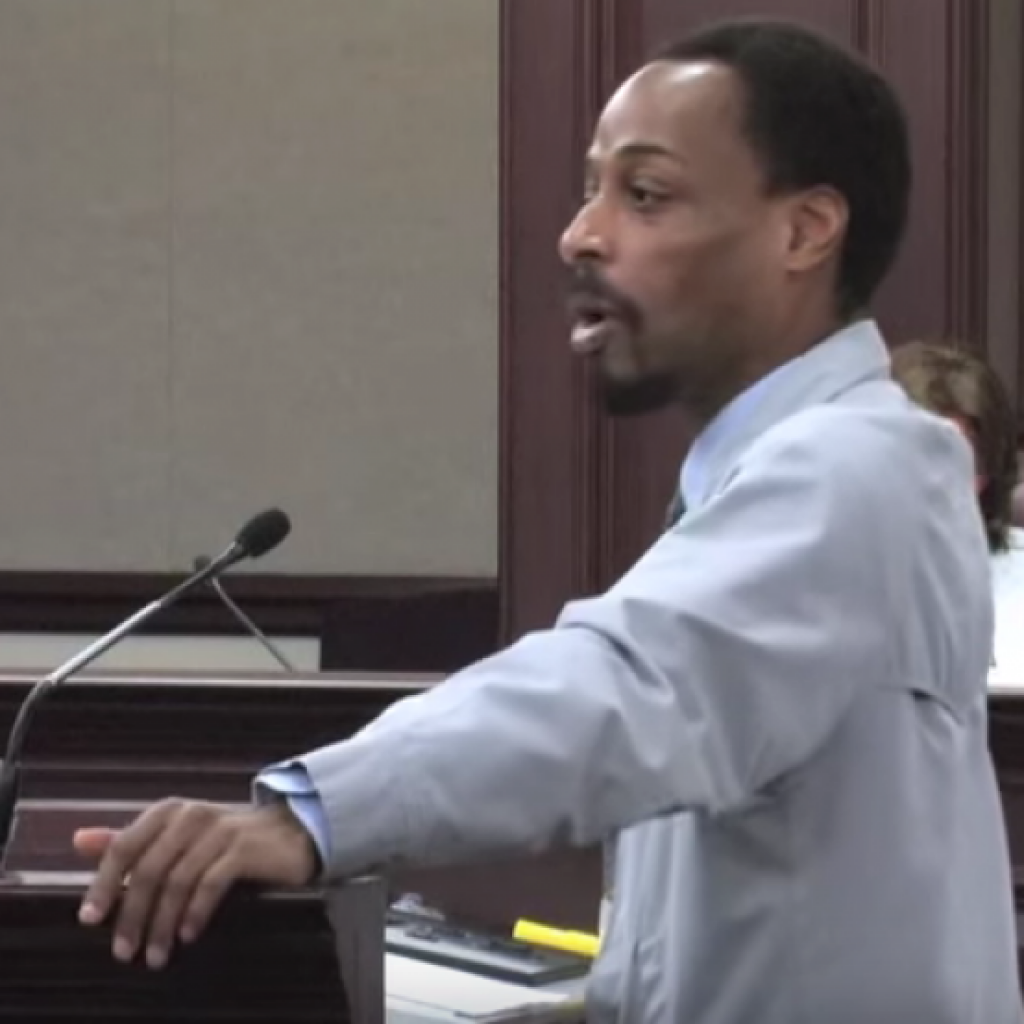 After years of being a persistent—sometimes annoying—presence in committee rooms across the Capitol, only one thing was able to make Tallahassee’s best-known gadfly hang up his corduroy jacket: a snowball of scandals.

“Latvala, Clemens, Artiles—all this happened in one year. In one year! No, that is not acceptable and it was too much. It was time for a sabbatical,” said Brian Pitts, a self-described “civil activist” for Justice 2 Jesus.

Former Sen. Frank Artiles stepped down after using the n-word to refer to one of his colleagues in an alcohol-fueled night out in downtown Tallahassee.

Ousted Sens. Jack Latvala and Jeff Clemens resigned late last year after being accused of having extra-marital affairs with women in their political orbit. Latvala is currently under criminal investigation on accusations that he may have traded votes for sex.

“Latvala was an old fool trying to play with the young bucks as they do,” Pitts said. “Instead of using that institutional knowledge, he goes and acts like the young bucks, and he got caught.”

But Pitts said cases of misconduct began to take a toll on him early last year, before the sex scandals.

First was state Rep. Cary Pigman, who was charged with driving under the influence of alcohol. Then came former state Rep. Daisy Baez, who resigned for violating residency rules, and later what he calls an “abuse of leadership” by House Speaker Richard Corcoran.

The last drop, though, was Sen. Oscar Braynon, he said.

The Miami Democrat was sponsoring his claims bill and after Braynon apologized for having a relationship with Sen. Anitere Flores that “evolved to a level [they] deeply regret,” he considered his bill tainted. Both senators are married.

“The Braynon and Flores affair, that was it,” Pitts said. “I gave the Legislature the opportunity to do without Mr. Gadfly or Mr. Preacher.”

That’s why Pitts said he vanished this Session. It wasn’t an illness. Or money issues, he assures. It was the pervasive misconduct that “came short of breaking the law” that pushed him out.

If he would’ve stayed, he didn’t know if he would be able to conduct himself appropriately in committee.

“I would have had to be dealing with them publicly in between their bills to say, ‘y’all got so many issues and are not in the position to deal with Floridians right now,’ and that would have been disrespectful,” the St. Petersburg resident said.

In his absence, the Capitol was stripped from his classic phrases that include “if the bill is too long, you know there’s somethin’ wrong,” “Jesus wouldn’t agree with this,” or “I’m telling you right now, before you shoot yourself in the foot.”

There were also no sightings of Pitts doing research on the lone computer in the corner of the Capitol’s fifth floor, diligently taking notes.

In place of his absence, he left a Twitter rant in all caps—as is his style—as a message ahead of the 2018 legislative session start. And once gone, another person took over his gadfly role: Greg Pound.

Pound, like Pitts, is a man who uniquely testifies on many topics and in many committees. But Pitts is more tame at the podium than Pound, something the Justice 2 Jesus activist says he is trying to teach him how to do.

“I tell him, ‘you still have to have respect for them’ and I say, ‘you are dealing with issues on the bill, this is not a soap box,’” Pitts said. “But he gets whacked out because he doesn’t follow the process.”

One classic example was when Pound marched to the podium and name-dropped an InfoWars article citing Parkland shooting victims as actors. This was said during the first Senate committee hearing on the controversial gun and school safety measure that was crafted in the wake of the Marjory Stoneman Douglas High School massacre where 17 were killed and many others were injured.

His testimony was heard in a room packed with opponents of the bill, including Parkland student survivors and parents who lost their children in the school shooting.

“He gets too emotional, he is a class of his own,” Pitts said.

Whether Pitts will be back next session is unclear, but regardless of what happens, he said he is still keeping an eye on what goes on in Tallahassee. His job is to fight for “whatever is right for Floridians.”