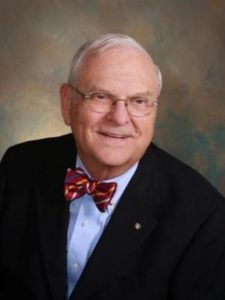 Like the United States Constitution, the Florida Constitution is a fundamental document that should stand the test of time.  In Florida, the Constitution Revision Commission (CRC) convenes every 20 years, having the unique power to review proposals to be added to the ballot for Florida voters to consider as amendments to our state’s constitution.

The 2018 CRC recently held a public hearing, where I had the opportunity to speak to the members on behalf of Keep Our Constitution Clean, a group of concerned businesses and Floridians who are urging the Commission to exercise restraint and reject proposals that detract from the Florida Constitution’s purpose.

Further, once an item is placed in the Florida Constitution, it becomes quite difficult to undo it. In other words, the item is no longer something that can easily be revised or updated by any branch of state or local government should we, as a voting public, change our minds or issues become outdated. Laws in our constitution bind future generations.  A perfect example of this is from November 2000 when Florida voters approved a constitutional amendment calling for a high-speed ground transportation system to be built in Florida.  However, just four years later, Florida voters repealed, or undid, the high-speed ground transportation amendment. Had this law been enacted by the Florida Legislature, it could have simply been changed a year later.

As this process moves forward, we believe there are several questions the commissioners — and Florida voters, if a proposal is placed on the November ballot — should ask themselves before voting on a proposal. These questions are not if the proposal is ultimately a good or bad idea, rather does the proposal meet the criteria to belong in our state’s governing document?  Is the proposal a foundational principle necessary for Florida’s government to operate? Does the proposal address or protect one of our most fundamental rights, such as freedom of speech, freedom of religion, or right to due process of law?  Is there any reason why the proposal cannot be enacted by the Legislature?

If the answer is no to the above questions, the CRC should vote against the proposal to avoid clutter within our state’s constitution.  We believe there are several proposals under consideration that serve no constitutional purpose and could easily be addressed by the Florida Legislature, including:

— Proposal 26, which creates the Office of Domestic Security and Counter-Terrorism within the Department of Law Enforcement;

— Proposal 54, which eliminates the Certificate of Need program currently required for the authorization of new health care facilities or certain services;

— Proposal 67, which prohibits wagering on greyhound or other dog races; and

— Proposal 88, which amends Florida’s Declaration of Rights to include rights of residents of nursing homes and assisted living facilities.

Now, it is important to stress we do not necessarily disagree with the policy expressed by any of the above proposals. We simply believe such issues are best addressed through ordinary legislation and not enshrined in our state constitution. We should not allow our Florida Constitution to become even more cluttered.

We must keep our Florida Constitution clean.

Major Harding is a former Chief Justice of the Florida Supreme Court.

next'It was time for a sabbatical': Scandals drive Brian Pitts away