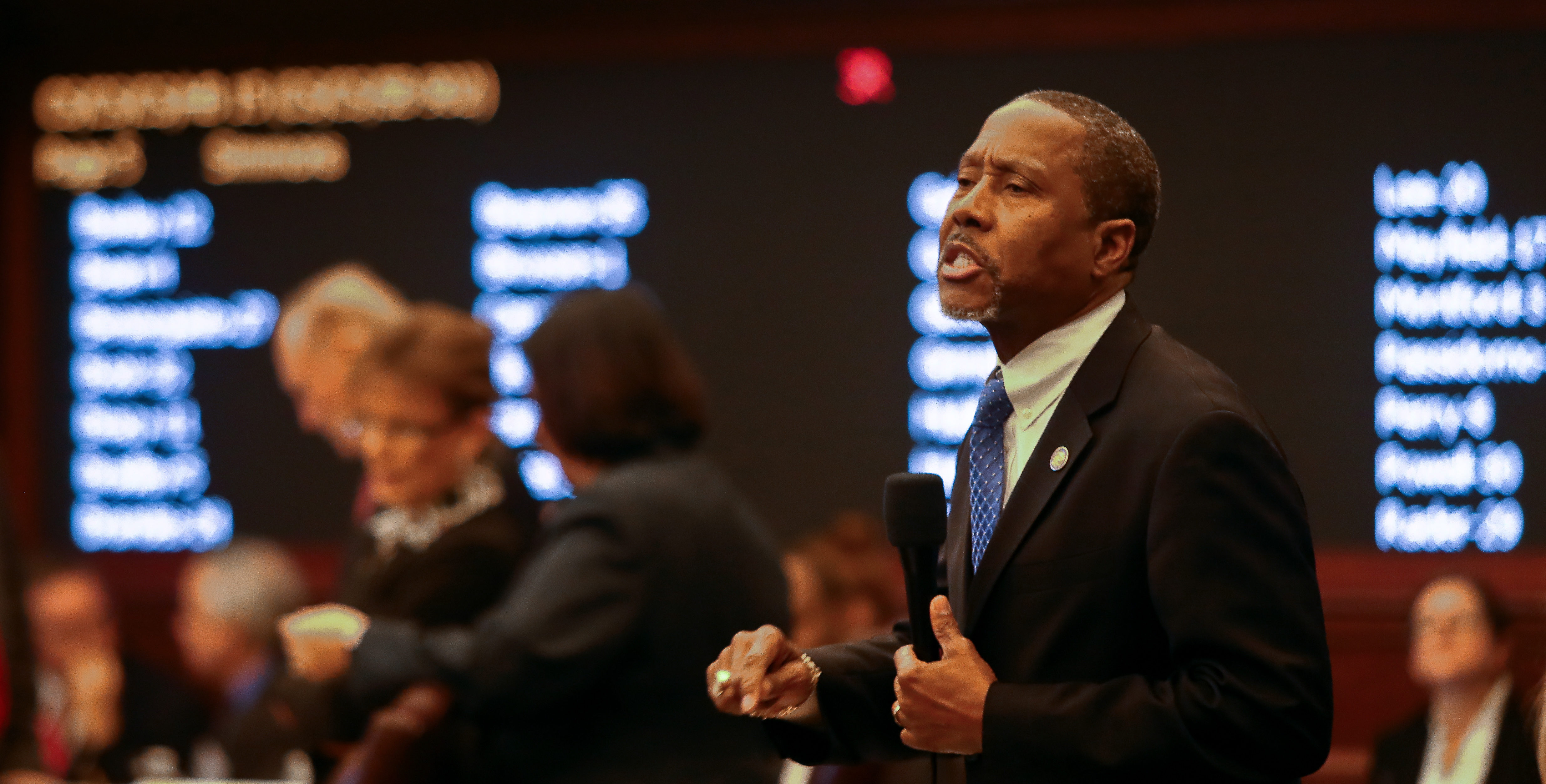 Sen. Darryl Rouson, D-St. Petersburg, debates a bill to expand the Gardiner Scholarship Program for children with disabilities on the Senate floor Friday, May 5, 2017 at the Capitol in Tallahassee, Fla. (Photo by Phil Sears)

“It is past time for Florida to revise and repair its anachronistic and broken voting rights restoration process for felons,” Rouson said in a statement.

“Gov. Scott should hold an emergency Cabinet meeting and remove the required waiting period for restoration of voting rights for all felons and make voting rights restoration automatic upon completion of the sentence,” he added.

Florida is one of only two states where voting rights are lost until completion of a sentence and a mandatory waiting period, according to Rouson. Nebraska has a two-year waiting period while Florida’s is 5-7 years, depending on the offense.

A citizen initiative on voting rights restoration, however, will be on the November ballot. If approved by voters, “The Voting Restoration Amendment” would automatically restore some felons’ voting rights after they complete their sentences.

“This amendment restores the voting rights of Floridians with felony convictions after they complete all terms of their sentence including parole or probation,” according to the ballot summary.

The proposed amendment to the state constitution would not apply to those convicted of murder or sexual offenses, who would continue to be permanently barred from voting unless the Governor and Cabinet vote to restore their voting rights on a case by case basis.