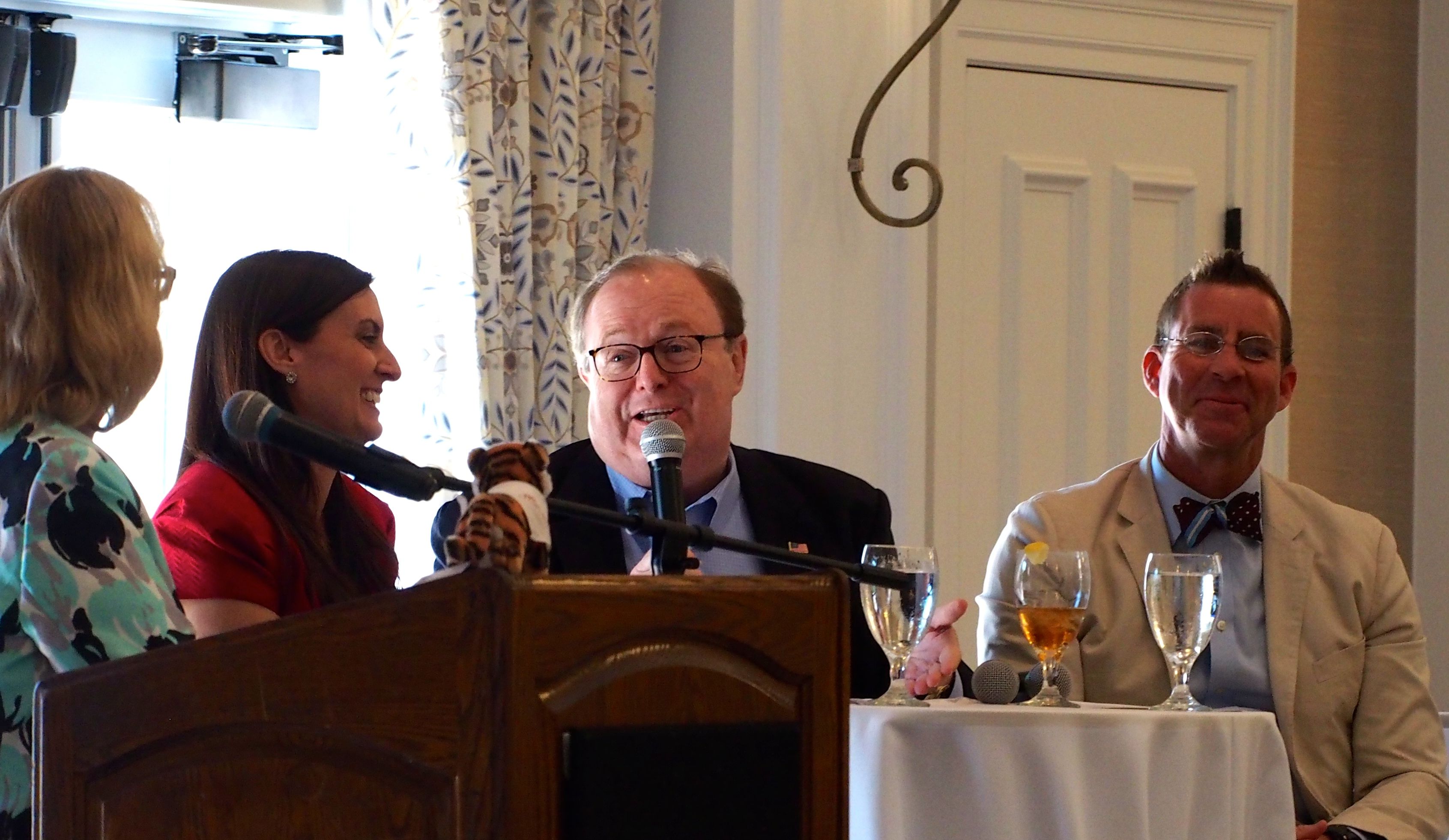 Are Tiger Bay Club members regular people, or are they the kinds of Tallahassee insiders that Brecht Heuchan dismissed as the only people who really care that voters will be asked to consider multiple Florida Constitution amendments bundled together in multi-change proposals?

If the members of the Tiger Bay Club of Central Florida reflect the views of regular people, then the eight proposals the Florida Constitution Revision Commission put on the November ballot last month could be in trouble.

After Heuchan, Frank Kruppenbacher and state Rep. Jeanette Nuñez defended the commission’s decision to bundle multiple law changes into single amendment proposals, the members of the Tiger Bay Club of Central Florida largely rejected their explanations at a forum held Wednesday in Orlando.

“I think everyone in this room understands that the rationales of lengthy ballots and voter fatigue are bull,” said Jason Johnson, a lawyer and past president of the club.

“Your argument that someone’s poison pill is another person’s SweeTART is making the point, for people who are against grouping, that you’re just doing it to get poison pills passed by getting people to vote for the SweeTARTs,” he continued. “Why not just separate them all and let the chips fall where they may?”

Heuchan, who was the architect of efforts to combine law changes into single proposals, expressed strong disagreement with Johnson’s premise, and argued again that separating everything out, creating a situation that could put 25 or so constitution amendments on the ballot, “would be a problem to half the people in the room.”

Moderator Susan MacManus, a now-retired political scientist from the University of South Florida, decided to test that assumption, and asked for shows of hands for those who opposed bundling, versus those who agreed with the CRC’s bundling strategy to make sure the November ballot isn’t ridiculously long.

It wasn’t a pretty result for Heuchan, Kruppenbacher and Nuñez. Conservatively, 90 percent of the hands shot up in favor of separating individual changes, and maybe 10 percent favored “keeping them grouped.”

This was after an hour-long panel discussion which focused largely on the trio of commissioners explaining why they chose to bundle the proposals, fending off, or, in some situations agreeing with the assessment that some ballot proposals included what MacManus characterized  as “SweeTARTs” and “poison pills,” professing how much politics went into the process.

Some of the audience, 150 strong, also expressed dismay when the three commissioners declared confidence that the final result, the eight proposals sent to the ballot, showed that the CRC was largely able to fend off partisan politics this year. “Do you find anything in here that is highly partisan?” Heuchan rhetorically asked the audience, forgetting, for a moment, the old saw about never asking a question to which you don’t know the answer.

“Yes!” someone shouted from the back of the room, drawing applause and laughter.

Not everything the trio described was rosy about the commission’s year-long effort to come up with proposed amendments to the constitution, something that is done every 20 years in Florida.

Kruppenbacher, in particular, expressed frank criticisms of some of the activities and actions of the commission, and those seeking to influence it, saying there were too many instances when special interest groups and, in his words, “Republican lobbyists,” tried to push legislation on the CRC.

Nuñez, the Republican Speaker pro tempore from Miami, also expressed criticism that too many times the CRC was asked to consider proposals that should have been left to the Florida Legislature.

On the other hand, Kruppenbacher, a lawyer and Republican fundraiser who chairs the Greater Orlando Aviation Authority, also expressed dismay that the commission refused to have any discussions about amendments regarding guns, which had become a huge issue at all the CRC hearings following the Feb. 14 mass murder at Marjory Stoneman Douglas High School in Parkland.

Responding to a question from Orlando’s Democratic state Rep. Carlos Guillermo Smith, perhaps the strongest advocate of gun law reforms in the legislature, Kruppenbacher said he was frustrated when the CRC rules committee ruled the guns issue was not germane.

“It is incomprehensible to me that we do not at least talk about guns, particularly when we sat in Saint Petersburg and watched, and I heard the father of the Parkland girl talk to us about his daughter,” he said.