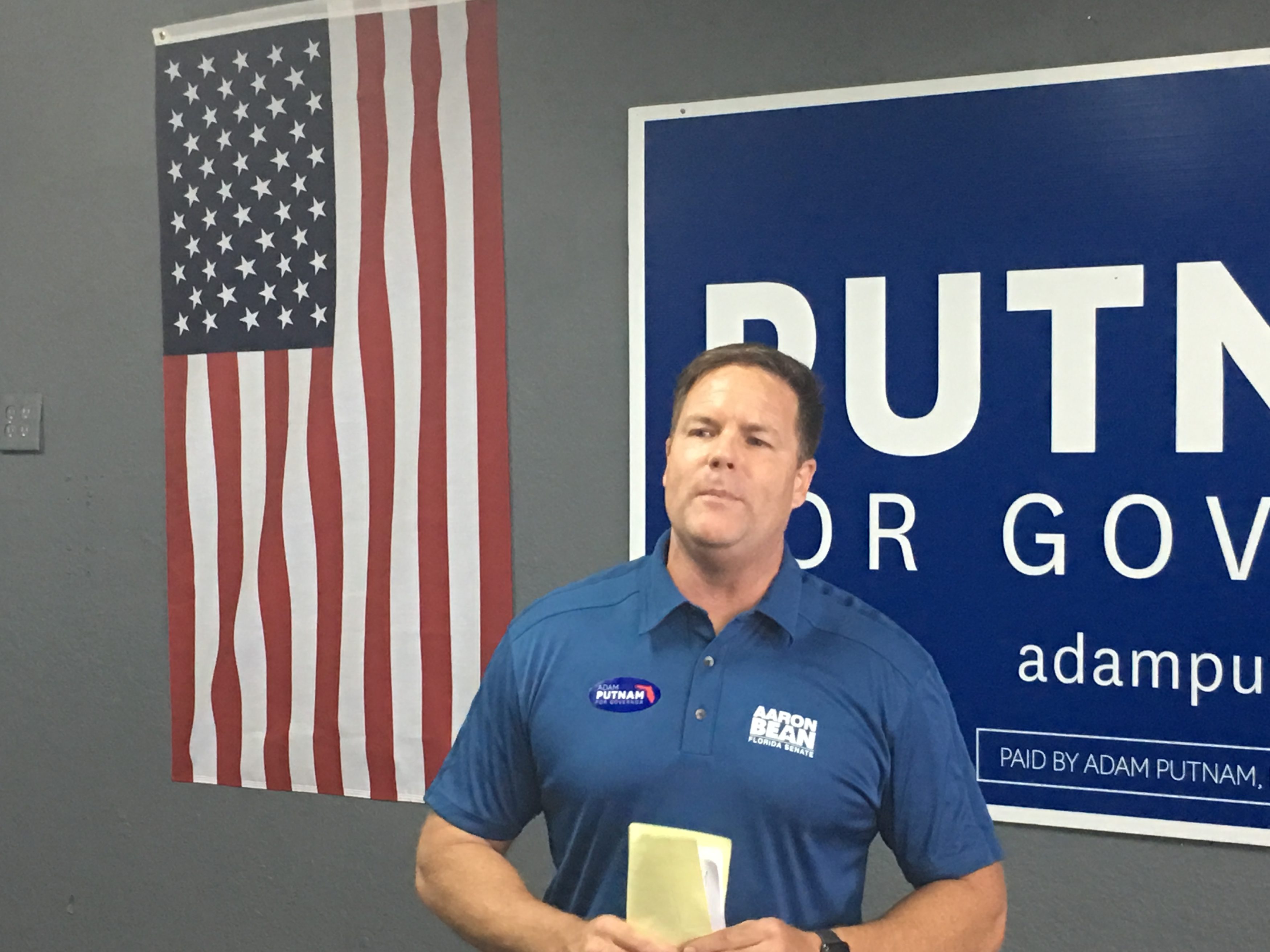 The Fernandina Beach Republican faces both a primary challenge and (should he prevail) two emerging general election opponents.

All three candidates qualified as of Friday morning,

In the GOP primary, Bean takes on a familiar rival: Carlos Slay, a former Nassau County tax collector candidate, who some believe is running at the behest of Janet Adkins, Bean’s old Nassau nemesis.

Adkins lost a school superintendent race in 2016 to a Bean-backed candidate.

Between Bean’s campaign account and political committee, he has thus far over $160,000 on hand, and the fundraising prowess to raise more.

Still, the reality is the road to November has a few more complications than just a few weeks ago.

Florida Politics caught up with Bean at an Adam Putnam event Saturday, and he discussed the way forward.

“There are multiple candidates in this race,” Bean observed, “so we are running. We’re knocking on doors. We’re going to be raising money. We’re going to get our message out about what we’ve accomplished the last six years. And what we can do the next four years.”

We asked specifically about Slay’s willingness to go on a personal attack, and the challenge that presents.

“Our campaign’s going to focus on accomplishments and looking forward,” Bean said. “I think that’s what the voters want.”

“People that I talk to, they want to hear ‘what have you done for us, what are you going to do,'” Bean said.

If Bean is successful against Slay, the general election awaits.

“We’ve got to continue to work hard,” Bean notes. “I’ve been out there hustling and reaching out to voters long before any of these candidates even announced.”

Bean makes a habit of visiting Rotary and Kiwanis clubs, as well as other groups, and has done so since Session ended in March.

We asked the Senator if there are any concerns about resources.

“We’re working to really help Florida continue to go in the right direction, a very positive direction,” Bean said. “It doesn’t just stem from Aaron Bean; it stems from keeping the majority in the Senate and the Governor’s Office.”

Bean is not the only Jacksonville-area Senator to face a challenge.

Despite his suspension from Council after an indictment, and a court-appointed attorney for his federal trial (after pleading indigency), Brown is still an active candidate at this writing.