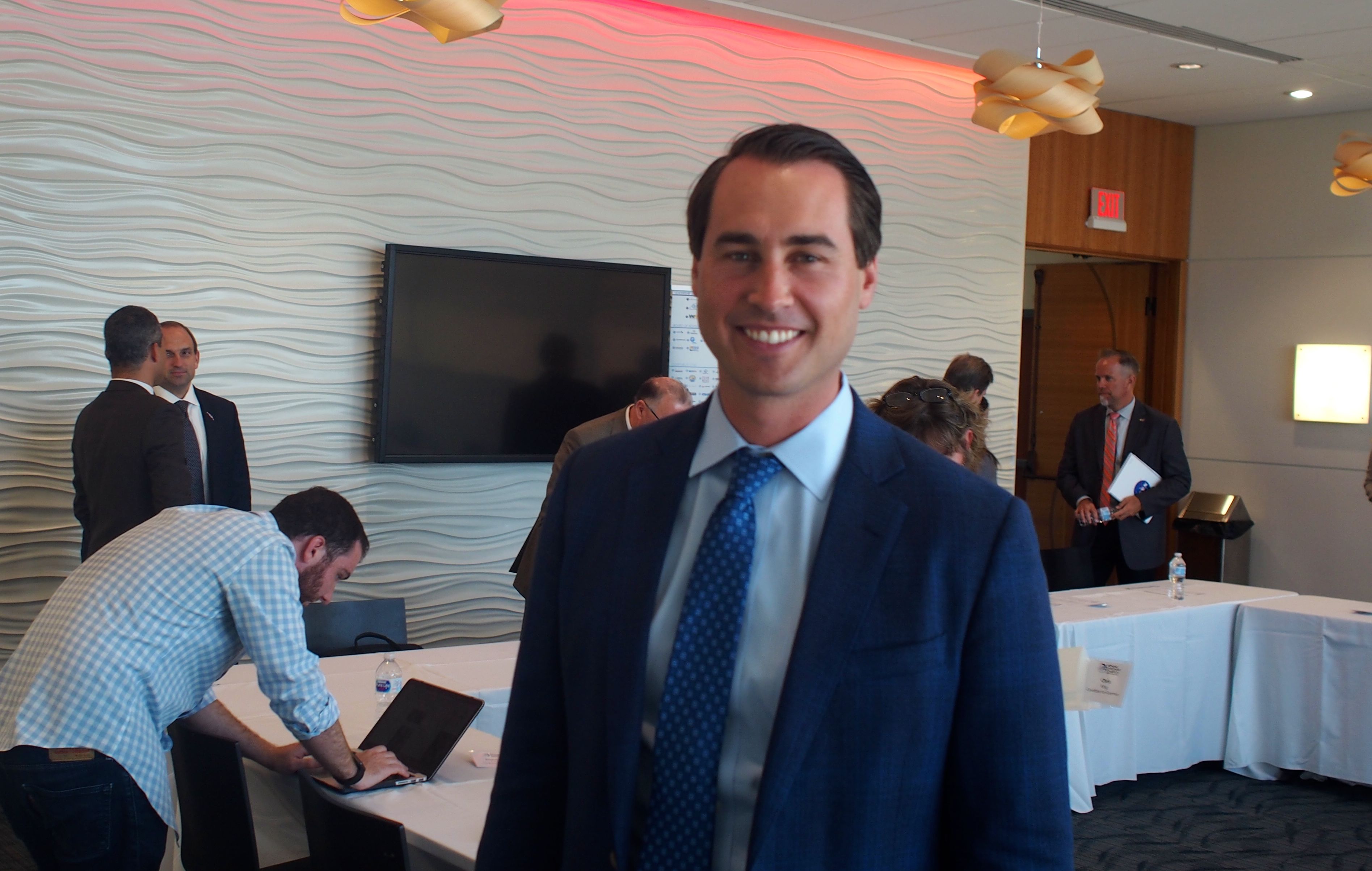 So what’s a Democrat to do?

King expressed strong support for what he called “the privatization of space” underway. He also laid out his vision that sees the burgeoning space vessel manufacturing and launch industry as one in desperate need of more workforce development, mainly through strategies that can underserved populations of workers, providing diversity that the rocket companies want.

“One, two, and three I would argue is workforce development, workforce, and workforce,” King said. “What I believe I would [address] and which they elaborated more forcefully, is: the constraint to their growth, constraint to the growth of their companies, like Boeing, Northrop Grumman and Lockheed was workforce, a competent workforce. So largely that was the conversation.”

That observation is not too different from those made by both Republican Adam Putnam and Democratic rival Philip Levine after they had their meetings on space with the EDC of Florida’s Space Coast earlier this year. But King enunciated differences with the space development platforms each of them discussed after their meetings.

King disagreed with Levine’s vision of the area being Florida’s “Silicon Valley,” arguing that the needs and future likely were more focused on a vocational workforce, not one with engineering and higher degrees. He noted that Putnam has also stressed technical education, but said “I’m trying to provide more access to it.

“My job, I argued, was to build the talent pool,” King said. “We talked heavily about my plan for free community college because they argued heavily that the vast majority of their jobs are not the highest in engineers, but they are technical in training.”

The Space Coast’s space industry has still not recovered to the levels of prosperity and space jobs it enjoyed during the long run of the NASA space shuttle program, which shut down after 20 years of good times in 2011, shedding thousands of jobs. Since then, though, the EDC, the state’s space-industry development arm Space Florida, and others including NASA itself have been moving toward creating a space industry largely operated by and serving private industry, not the government.

There have been some big successes with big plants opened by the rocket company Blue Origin, the spacecraft company Boeing Space, and the satellite company OneWeb, and SpaceX’s large investments in infrastructure to support dozens of launches a year, as well as expansions by the old guard, Lockheed Martin, Northrop Grumman and United Launch Alliance, plus numerous small support companies. But the jobs so far have returned in the dozens and hundreds, after they vanished by the thousands in 2009-12.

For Florida to address workforce shortages and longer-term needs anticipated due to the rapidly growing and changing space industry, King said community colleges have to be the solution. Early in his campaign, he proposed free community colleges, saying Florida should consider the model set by Tennessee.

“I would argue we’re often thinking one or two years ahead and that Florida needs a plan that creates the workforce of five and ten years ahead. In a changing economy with automation and new technologies, my belief is the community college system is the conduit, the infrastructure by which we can keep pace,” King said. “And we scale it.”

And it can address broadening the opportunities, he added.

“I asked them [the space industry leaders] what does a Democratic governor bring to this that Gov. Scott didn’t? How really could I be different?” King said. “And they, I think, acknowledged that we can do so much better for underserved populations and that for Florida, a diverse state, there hasn’t really been a great support to bring the underserved, Title I students, lower-income students, community college students.

“And they saw that will ultimately hurt them and their companies if we don’t figure that out,” King said.

King also said he is more open than some of the other candidates toward offering economic incentives, particularly in attracting the managers, engineering and headquarters operations that the space businesses mostly keep in Washington state, California, Colorado, and Virginia.

“The candidate King, the governor King, is so much more excited about using incentives when I’m moving headquarters and I’m moving management jobs, moving a flagship, and so that was the delicate balance is what I was weaving, and I think they [the space industry leaders] understood,” King said.