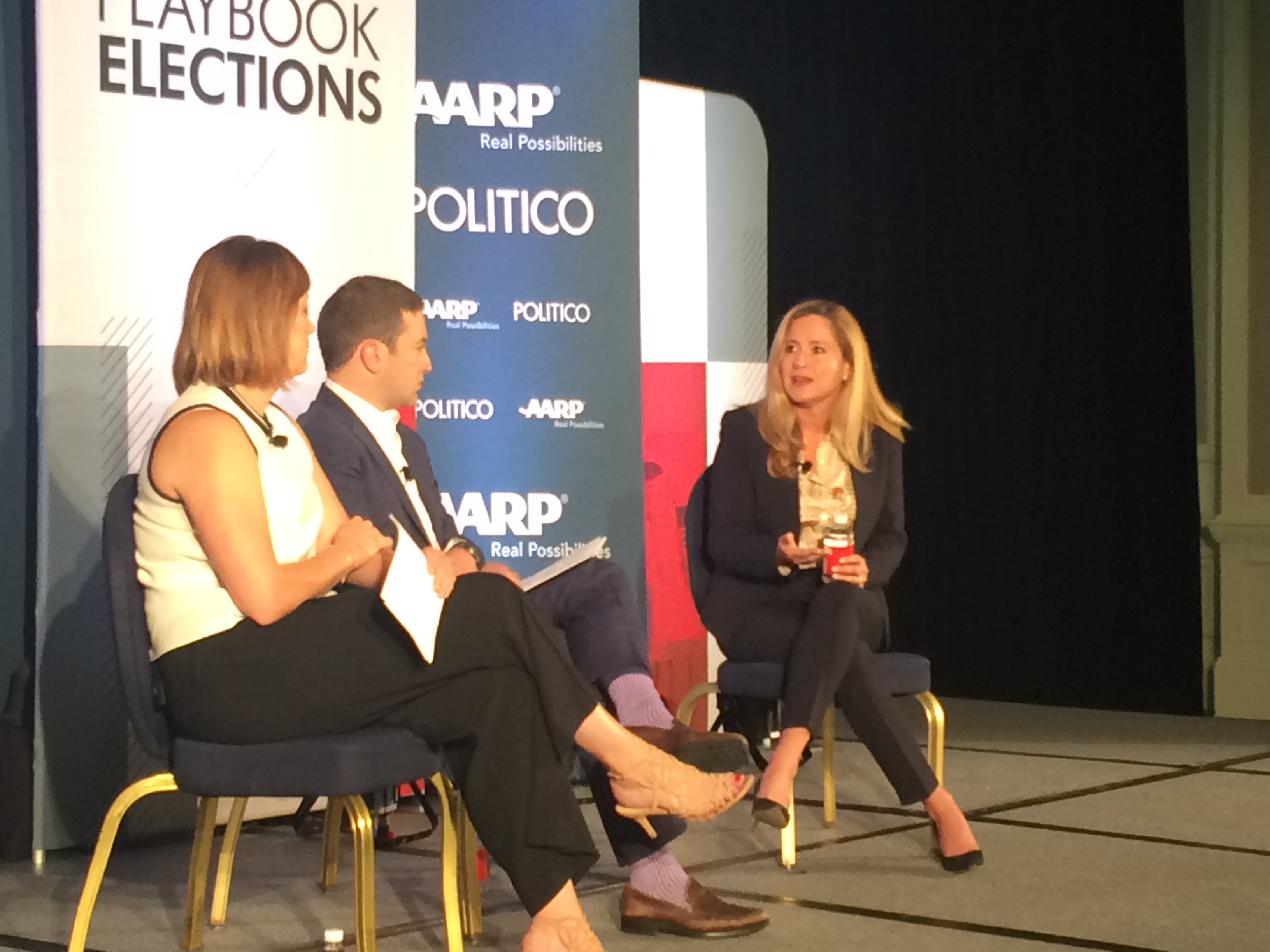 As Democrats hope to take back the House in November, South Florida Republican U.S. Rep. Carlos Curbelo is facing challenges from both sides of the aisle as he fights for re-election.

Florida’s 26th Congressional District, which Curbelo represents, is one of 23 House districts that elected a Republican representative despite also voting for Hillary Clinton. That’s evidence of a base of Democratic support large enough to propel a Democrat to victory. Indeed, CD 26 is one of the Democrats’ most sought-after districts in 2018.

One of the contenders for the seat is Debbie Mucarsel-Powell, who is competing with Demetries Grimes for the Democratic nomination. She has been named to the Democratic Congressional Campaign Committee’s “Red to Blue” program, which aims to support candidates in competitive districts throughout the midterms.

Mucarsel-Powell was one of several congressional candidates who appeared at POLITICO’s “The Deciders” series, held at the InterContinental Hotel in Miami, and she didn’t hold back in her criticism of Curbelo.

Speaking with POLITICO’s Anna Palmer and Jake Sherman, she hit the congressman particularly hard on the issue of immigration. Mucarsel-Powell blamed Curbelo in part for Republicans’ failure to fix the immigration system.

“For someone that’s saying that he’s standing up for Dreamers, he’s really failed his community,” said Mucarsel-Powell. “And I think people won’t forget that.”

Democrats, of course, also failed to pass any major immigration reform despite having full control of government following the election of Barack Obama in 2008.

Mucarsel-Powell has firsthand experience with immigration, as she came to the United States after being born in Ecuador. “I’m an immigrant. I came here when I was 14 with my mom and my sisters. I have seen the struggles of getting through.”

She says that experience will shape her priorities, should she get elected to Congress. “I am completely committed to fighting for Dreamers, to looking at ways that we can actually find solutions for the 11 million [undocumented] immigrants that have been living in this country for decades without any sort of path to legalization and citizenship.”

Gun control has also been near the top of Mucarsel-Powell’s issues list after the shooting death of her father. He was killed when Mucarsel-Powell was just 24 years old.

“Our communities down in south Dade have been identified as some of the communities with the highest risk of youth under the age of 18 to be killed by gun violence.” She said she would work to change that in Washington.

But Mucarsel-Powell says when talking to voters, the biggest issue is health care. “We have to put people over profit, and not profit over people, which is what the Republicans have been doing.”

Once again, she went after Curbelo for his votes on the Affordable Care Act, framing it as her motivating factor for entering the race.

“I really could not believe the arrogance of that vote. He stood with Washington, D.C. politicians, his party, and turned his back on the community. That’s when I knew I had to run.”

In addition to the support from the DCCC, Mucarsel-Powell has also been endorsed by Reps. Debbie Wasserman Schultz and Lois Frankel. In a district rated as a toss-up, that could just be enough to put Mucarsel-Powell over the top.