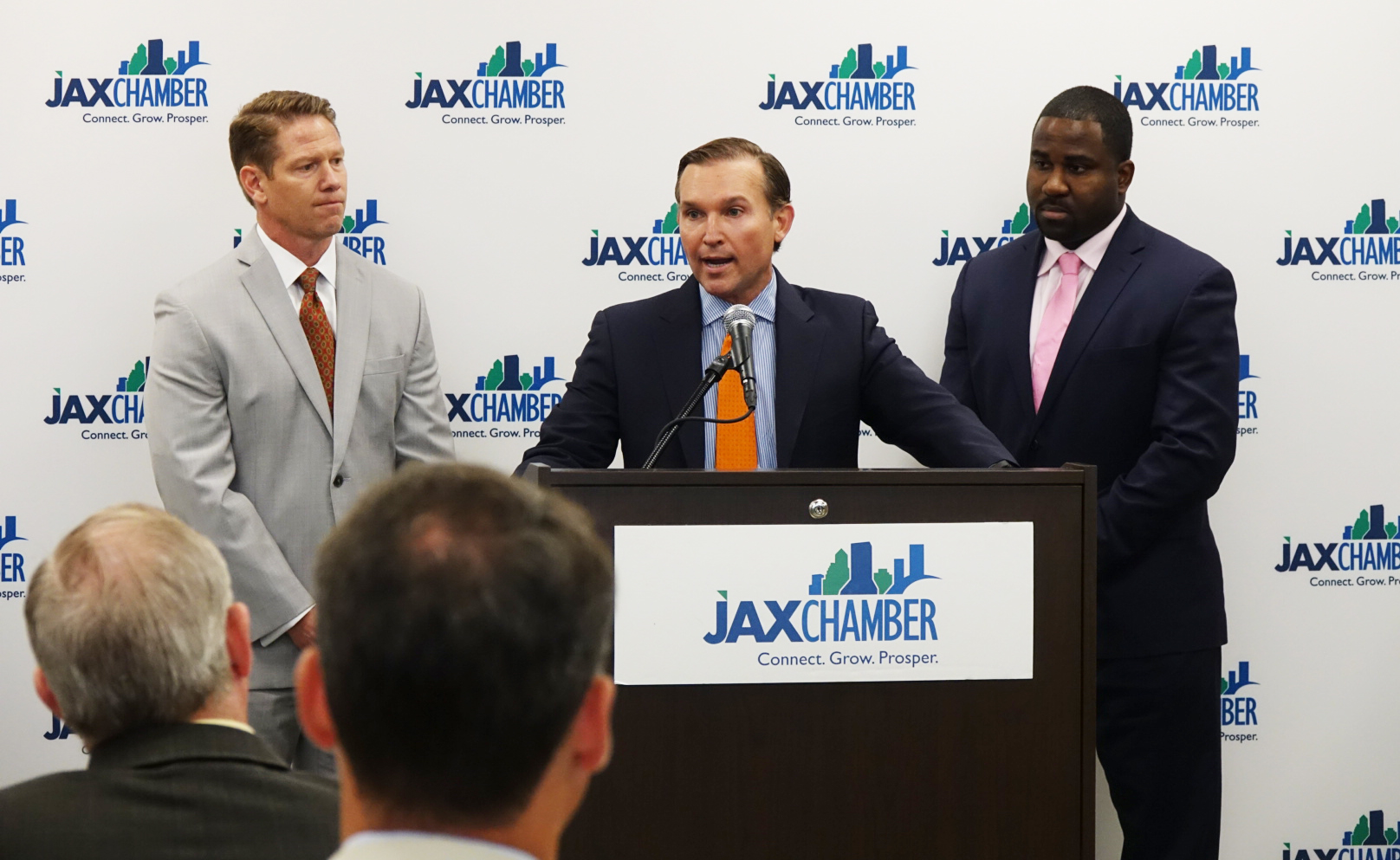 Jacksonville Mayor Lenny Curry has been playing hardball with Toney Sleiman, a major GOP donor, regarding his company’s management of the Jacksonville Landing.

Having already moved to evict Sleiman’s group from the Landing, the city now wants Sleiman’s group to seek permits for special events held at the Landing (breaking a 30-year tradition that Landing events have not required such greenlighting).

The Eye on Jacksonville blog, helmed by former Tea Party leader Billie Tucker (an ally of Sleiman) waded into the controversy this week, slamming Curry as “the worst person of the week,” because he has meandered far away from the base.

Tucker calls the permit move a “squeeze play,” a “bully tactic,” and potentially a “page out of the Corrupt Politicians Playbook.”

Tucker does not substantiate descriptions of said corruption. She does note that she and Curry participated in Tea Party events, some drawing 5,000 people, at the Landing, and that they benefited from the Landing’s willingness to host said events free of charge.

From there, Tucker asserts a possible conspiracy between the media and the Curry administration, which “would like you to think The Landing owners are greedy and don’t want to fix the Landing. That’s not the case at all.”

“And very soon in a courtroom just down the street from the Landing, we pray justice will prevail, and the City will be exposed for hindering the Landing’s potential since the 80s when the Rouse company developed it,” he adds. “The big squeeze has been going on since that time and under this administration — the big squeeze is on steroids.”

Tucker’s blog post and advocacy for the Sleiman position is no surprise. However, it is yet another data point in the developing narrative that there may be restiveness on the right over Curry’s re-election bid.

Hill contends that he is running to rectify the mistake of supporting Curry in 2015.

As well, at certain socially conservative GOP forums (most recently, the Westside Republican Club), mentions of Curry’s name have not been met with rapturous applause.

Even an endorsed candidate at that forum, Wyman Duggan, did not mention Curry supporting him in his HD 15 race, one where Duggan has contracted Curry’s chief political operative to run his campaign.

Whether any of this drama will complicate Curry’s well-funded re-election campaign remians to be seen.

As of the end of May (the last report for 2019 municipal election campaigns), Curry raised over $2 million, with $1.6 million on hand.

Between them, Curry’s four filed opponents have raised $860.

That said, if Sleiman wants to take his case against the administration from blogs and court filings to the voters, it is entirely conceivable that the race could get more interesting, at least marginally.

previousWyman Duggan gets the Marion Hammer seal of approval